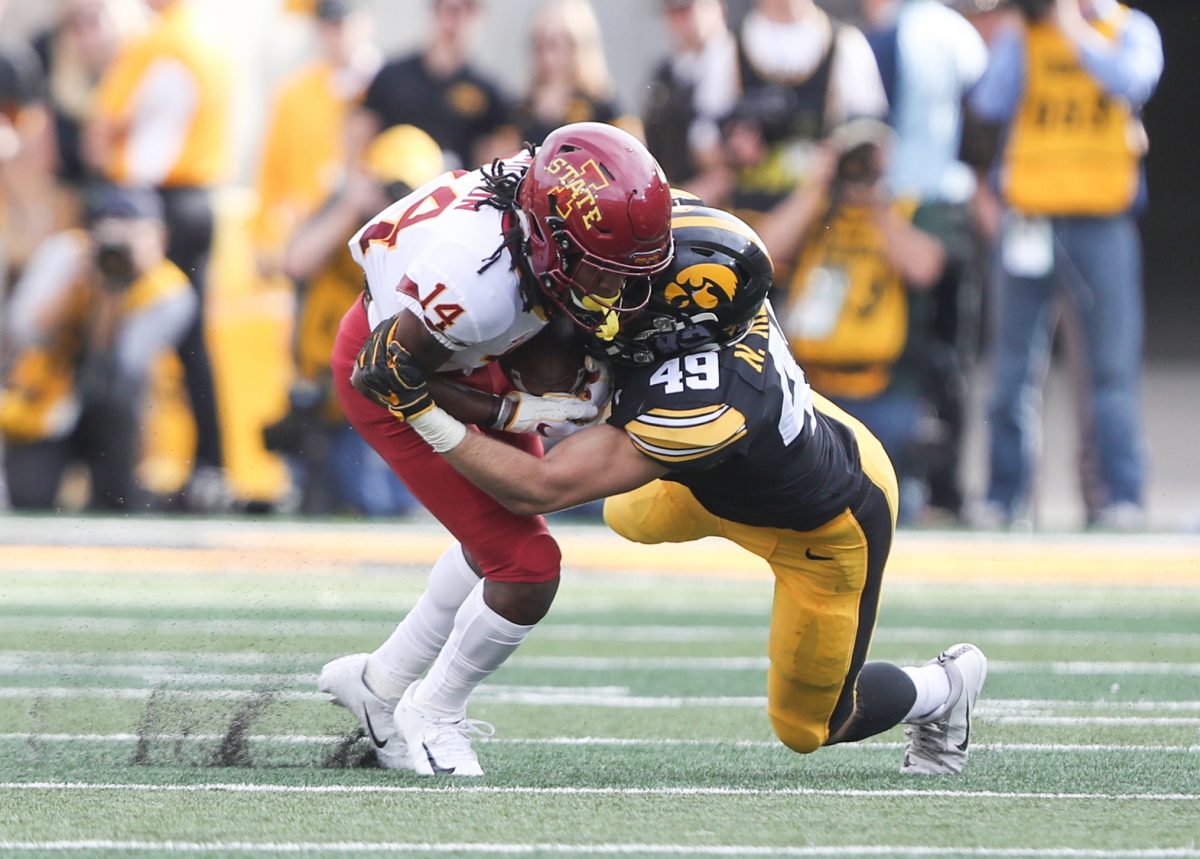 The two-year extension begins in 2024. Two years were added on to the existing contract in 2017 to keep the series intact until 2023.

Iowa State will travel to Kinnick Stadium in 2024 and will play host to the in-state rivalry in MidAmerican Energy Field at Jack Trice Stadium in 2025.

The series resumed annually in 1977 after a 43-year hiatus.

Iowa State will play host to Iowa on Sept. 14 this season.