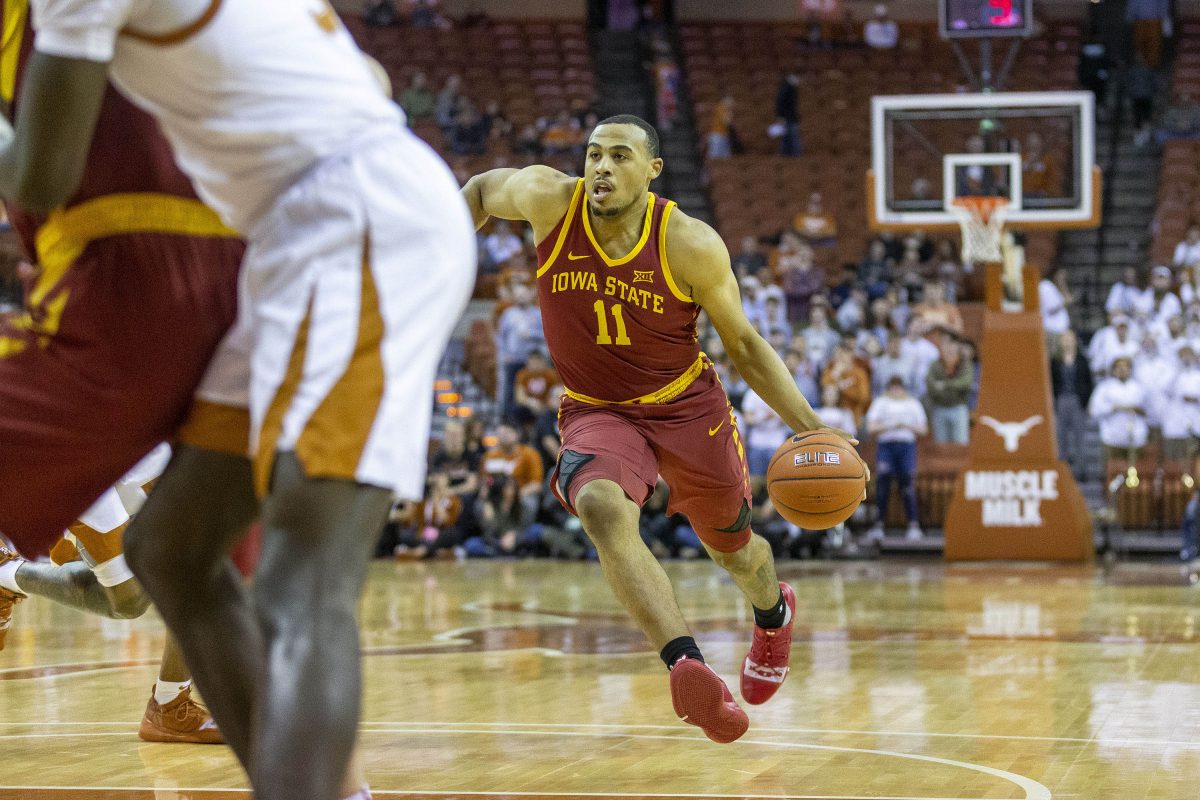 Of all the players getting measured during the first day of the NBA Combine on Thursday, nobody was talked about more than former Iowa State guard Talen Horton-Tucker.

His hand length, hand width, standing reach and wingspan all ranked within the top-five amongst guards in attendance at the event taking place this weekend in Chicago. The Windy City native, who is not participating in five-on-five or shooting drills, was measured at 6-foot-2.5 without shoes and 6-foot-4 with them, which made his 7-foot-1.25 wingspan, the largest of all guards, even more astounding.

“His plus 10-foot-3/4 wingspan differential ranks among the top marks in basketball history and suits the unique role he filled for stretches as a guard on offense and power forward on defense within Iowa State’s high-powered scheme,” wrote ESPN’s Johnathan Givony in his day one of the Combine winners and losers. “Horton-Tucker continues to be one of the more enigmatic prospects in the draft with his unique body and playing style. His closest physical comparisons range from freakishly long power guards such as Fred Jones to big men like Jeff Adrien, but the most apt description of his frame is Draymond Green with less height. Horton-Tucker is a much more aggressive scorer than Green but doesn’t bring anywhere near the same passing ability, although it’s important to remember that he is the youngest college player in this draft, not turning 19 until November.”

One of the most interesting things to study with the measurements is comparing players height without shoes w/their wingspan. You often hear NBA scouts saying "he's a plus X". Talen Horton-Tucker is a huge outlier in the context of our database, which has thousands of entries. pic.twitter.com/dyvQCExTw2

Horton-Tucker, who averaged 11.8 points and 4.9 rebounds per game in his one season as a Cyclone, weighed 235.4 pounds, the heaviest of all the guards, and his 8.4 percent body fat was the second highest among players at his position. He was already considered a backend of the first round pick prior to the combine and his measurements add even further intrigue with the fact he is the youngest player in this year’s draft.

The other former Cyclone in attendance in Chicago, Marial Shayok, scored eight points on 4-of-8 shooting and grabbed seven rebounds in his first scrimmage at the event. He measured in at 6-foot-5.5 with shoes and tied for the sixth best wingspan amongst small forwards at 7-foot-0.25.

Competition at the NBA Combine will continue on Friday. The NBA Draft is scheduled for June 20.