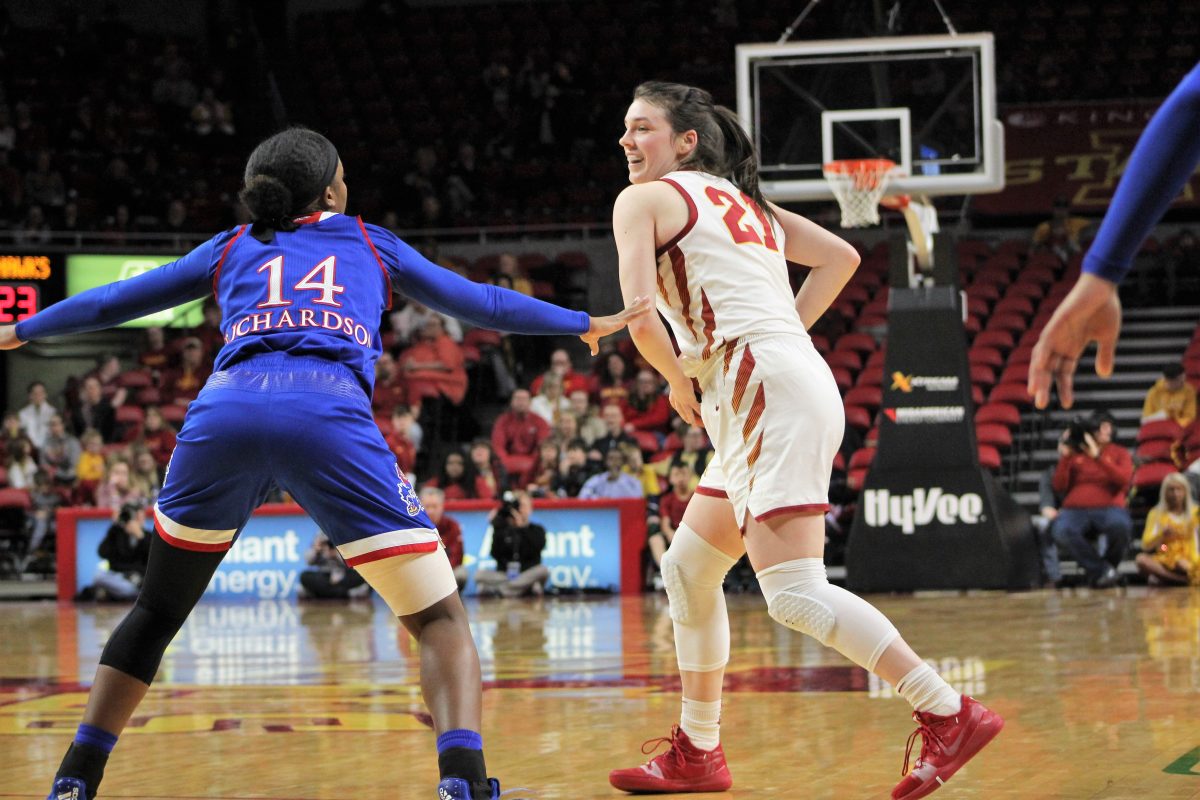 However, none have been as historic as the season that senior Bridget Carleton has put together this year.

On Wednesday, the Big 12 announced that Carleton has won the conference’s Player of the Year award, making it the first time a Cyclone women’s player has accomplished that feat.

The Canadian native’s senior season in Ames has been one of, if not the best in school history, as she has eclipsed the record for points scored in a year with 658 and counting.

Carleton is averaging 21.9 points per game this year as well, thanks to her miraculous season in Big 12 play.

During the 18-game conference slate, Carleton failed to score 19 or more points in just one game – netting 13 points, seven rebounds, and seven assists against Oklahoma.

Carleton helped lead the Cyclones to a second-place finish in the Big 12 and also win 13 conference games – a school record.

Iowa State will get things started in the Big 12 Conference Tournament on Saturday night at 6:00 p.m. when they play the winner of Oklahoma State and Kansas. The game will be televised by FSN.