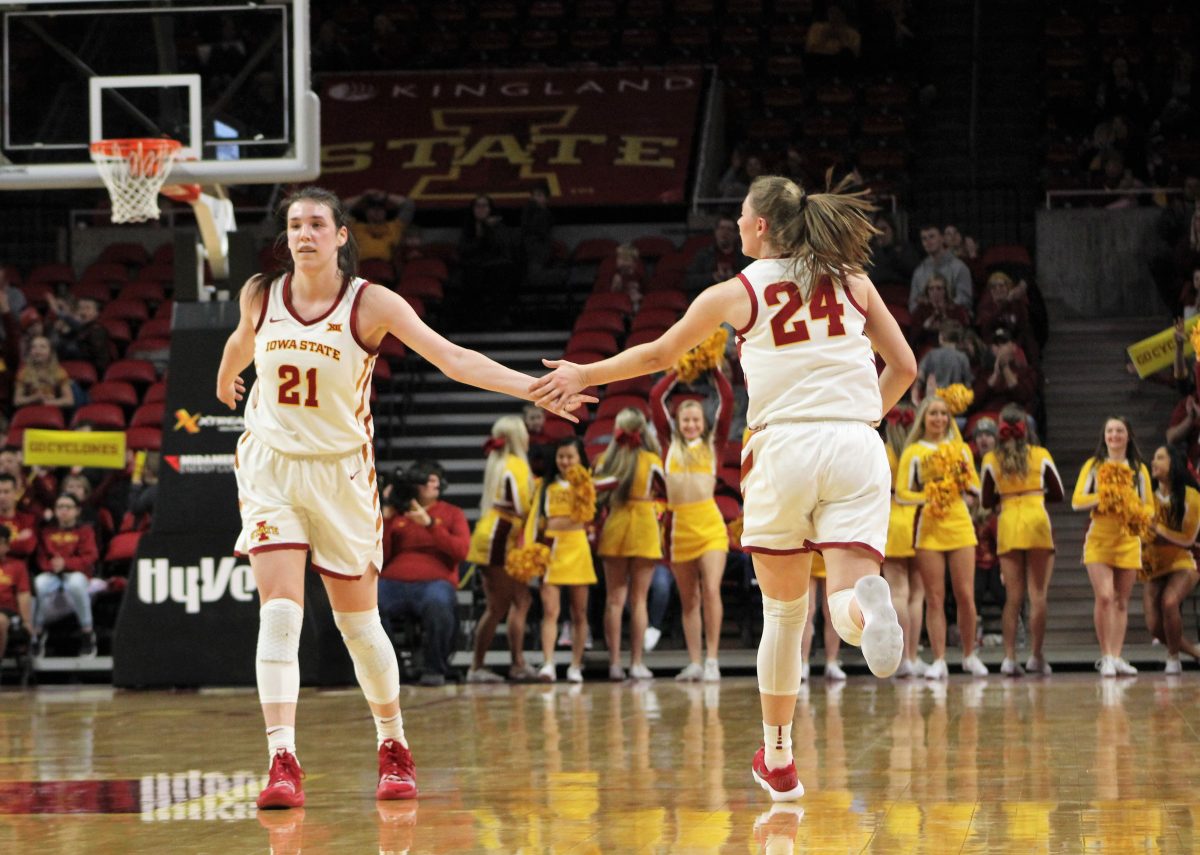 While Bridget Carleton was named Big 12 Player of the Year on Wednesday, she and her teammates earned all-Big 12 team honors as well.

Carleton, of course, was named to the conference’s All-Big 12 first team as the school’s only representative.

Kristin Scott was named to the second team after she emerged as a key offensive piece for the Cyclones and made her way into the starting lineup.

Iowa City native Ashley Joens was named to the all-Big 12 Freshman team as well. Joens started all 30 of Iowa State’s games in 2018-19.

The full list of teams’ Iowa State’s players appeared on can be seen below, courtesy of the Big 12. Players with two asterisks next two their name were selected unanimously by coaches.