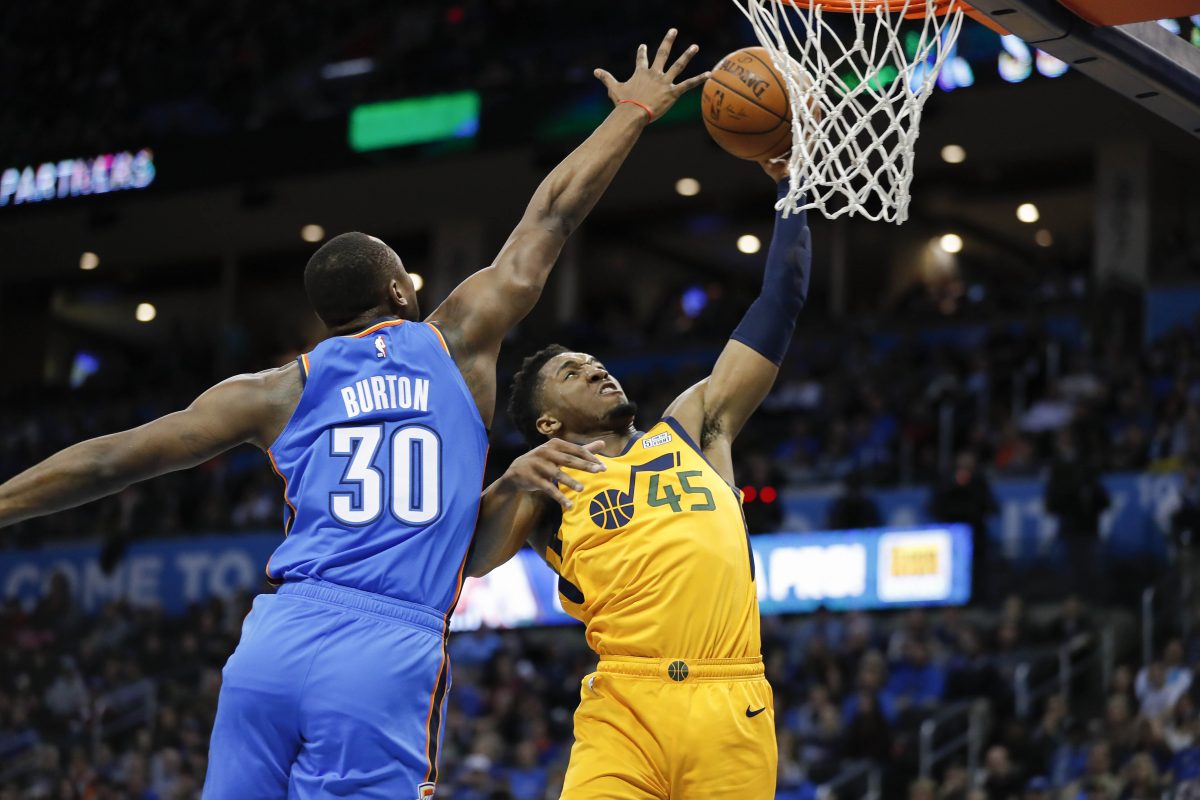 Former Cyclone Deonte Burton got some great news on Sunday.

Burton, who has been on a two-way contract with the Oklahoma City Thunder all season, has been promoted via a full-time NBA contract.

Burton has been a key spark off the bench for the Thunder over the last couple of months and this move assures him a spot on the roster for the upcoming NBA playoffs. Burton has played in 23 games this season where he is averaging 3.1 points and 1.0 rebound in 8.7 minutes per game.

For the Thunder’s G-League affiliate – the Oklahoma City Blue – Burton is averaging 16.9 points, 5.0 rebounds and 3.3 assists per contest.

Burton spent his first season out of Iowa State in South Korea, where he was named the KBL’s “Foreign Player” MVP.

The Thunder, who also employ former Cyclone Abdel Nader, are currently fourth in the NBA’s Western Conference standings with a record of 40-26.