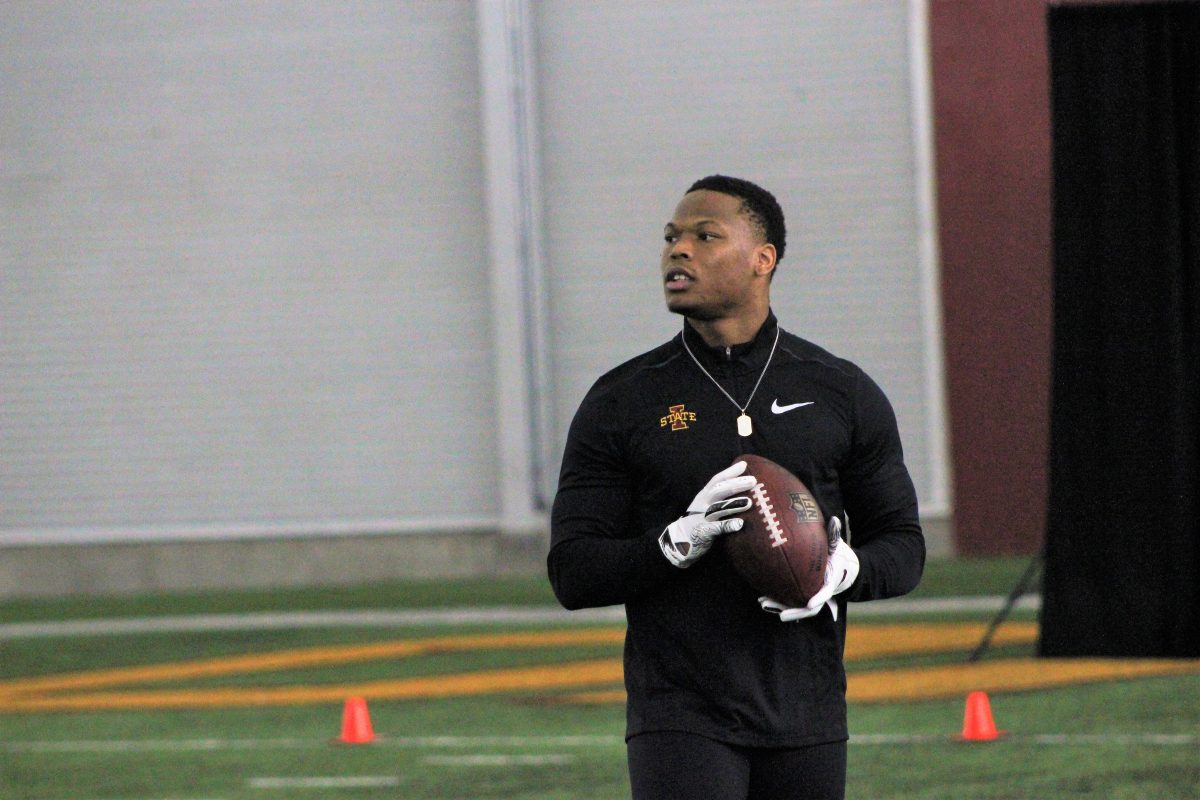 David Montgomery watches his teammate participate in drills at Iowa State Pro Day in Ames on Tuesday. Montgomery is expected to be drafted in April. Photo by Connor Ferguson, Cyclone Fanatic

It marked the return of standouts Hakeem Butler and David Montgomery as well as showcased seniors like Kyle Kempt and Brian Peavy.

Butler spoke briefly, but said he was the best wideout in the draft when asked.

Him and Montgomery hope to break Iowa State’s four-year drought of not having a single draft pick.

The last Cyclone drafted was Jeremiah George in the 2014 NFL draft for the New York Jets.

For the pair of juniors foregoing their senior seasons to head to the big leagues, scouts knew a lot about the players that they would see on Tuesday.

However, for a player like Kempt, Tuesday could have made a big deal.

Kempt was injured during his senior year in Ames, so all of his film came a year ago. He hasn’t played a full game since the 2017 Liberty Bowl.

So the fact that Kempt completed all but a handful of passes during his Pro Day could really pay off for him.

He also noted that all of the snaps he took were under center, due to the entirety of his film being played from the shotgun formation.

For fellow senior Peavy, he revealed a number of injury issues he has played through, but said he isn’t worried about it going forward. 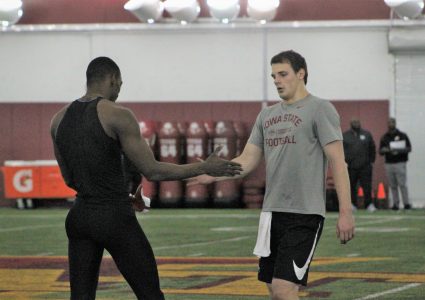