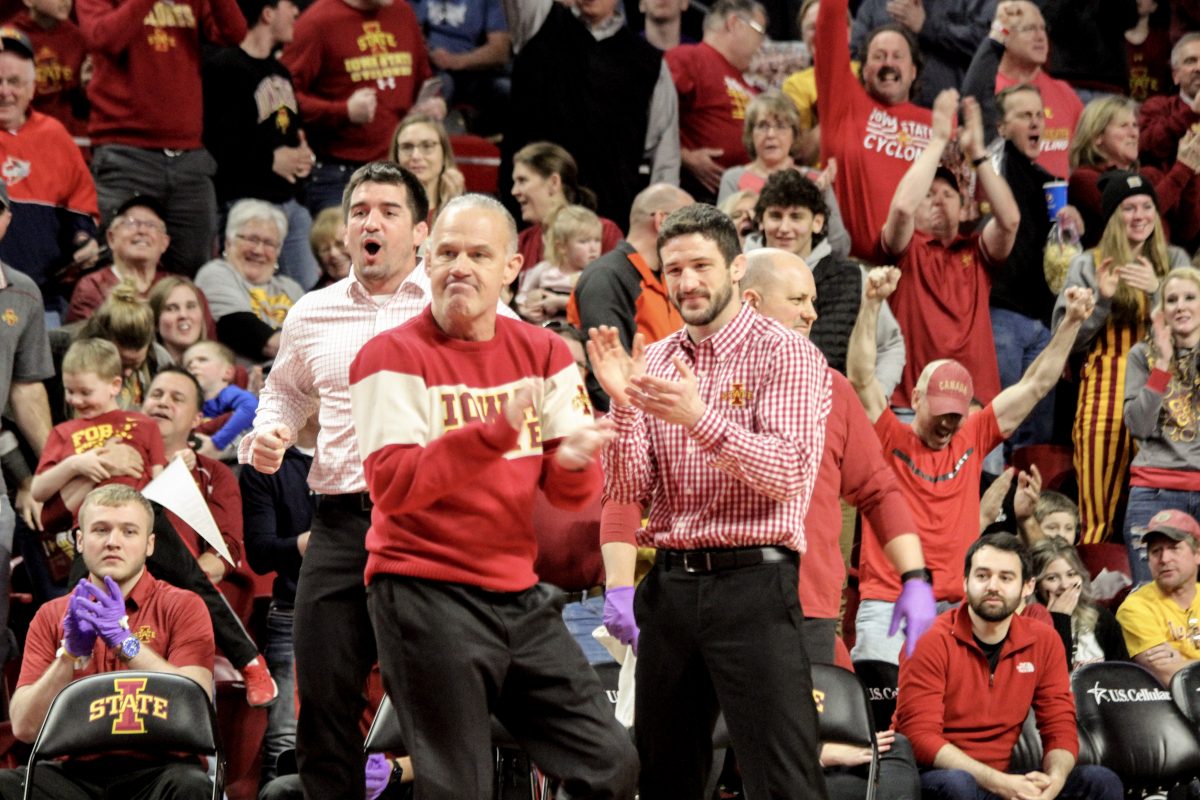 The win gave the Cyclones a share of the Big 12 dual title at 7-1. ISU’s seven conference wins in 2019-20 are the most in school history.

How It Happened
Iowa State fell down 7-0 after dropping the first two matches at 157 and 165 pounds.

Sam Colbray recorded three points for the Cyclones at 174 pounds with a 7-3 victory over Luke Weber. Colbray secured a pair of takedowns in the third period to improve his season record to 14-7.

Marcus Coleman dominated his match in a 15-4 win over T.J. Pottinger at 184 pounds. Coleman was the aggressor from the start, taking down Pottinger in the first 16 seconds while adding back points. He ended the match with five takedowns overall.

Gannon Gremmel tied the match at 10-10 with a victory over Brandon Metz at 285 pounds. Gremmel led 1-0 after two periods and Metz chose neutral to begin the third. Gremmel sealed the match with a takedown nine seconds into the period and stayed on top until the final horn for a 4-0 triumph.

Alex Mackall tallied a 6-3 victory over McGwire Midkiff in the 125-pound match, notching a pair of takedowns and a reversal.

Todd Small got an early takedown in the 133-pound match, but after a takedown by Cam Sykora moments later, Small’s leg got tangled and the match ended by injury default at the 1:24 mark.

At 141 pounds, Ian Parker was in complete control over Sawyer Degen. Parker was up 6-1 after the first period and got the pin in the third period with a cradle after his fourth takedown. Parker improves to 18-3 on the season.

Jarrett Degen secured the win with a 4-3 victory over Jaden VanMaanen at 149 pounds. The score was tied at 3-3 heading into the final period, but Degen rode out Van Maanen in a gritty display. Degen’s riding time sung the match, and the dual in the Cyclones’ favor.

Next Up
Iowa State will start preparation for the 2020 Big 12 Championship, March 7-8 at The BOK Center in Tulsa, Okla.