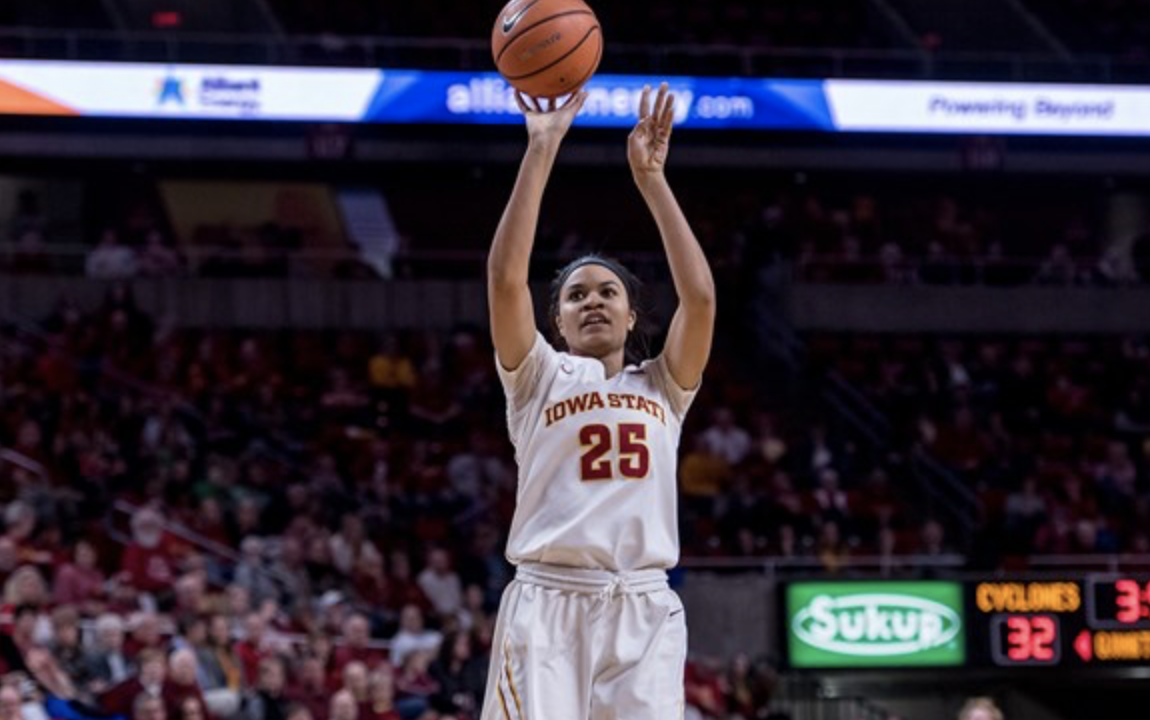 After losing for the first time in eight games, the Iowa State women’s basketball team will return to the court tonight to take on a peculiar West Virginia squad.

In the non-conference season, the Mountaineers battled to the end with Iowa before barely dropping a game to the Hawks 84-81. That’s not too bad of a feat considering Iowa sits at No. 22 in the AP Poll.

However in its first Big 12 game of the year, West Virginia went down to a TCU team on the road that lost its next three games, including a 38-point beat down by the Cyclones.

Following the TCU loss and a second one to No. 13 Texas, the Mountaineers took two in a row from the likes of Oklahoma State and Oklahoma this past week.

“They’re a team that swept us last year in both games,” Iowa State coach Bill Fennelly said. “They’re playing really well. They have some dynamic scorers in Tynice Martin and Naomi Davenport. Typical next [game] on the schedule in the Big 12.”

The trio has been a highlight to watch all season, though scoring is not their main forte.

“They’re a team that likes to play hard defense and turn you over,” Fennelly said. “[They’re] physical. That’s kind of West Virginia basketball.”

WVU is one of the most aggressive defenses in the Big 12, currently averaging 10.7 steals per game – a stat that leads the league. The Mountaineers are also near the top of the league in 3-point shooting. They currently sit second in the Big 12, only to No. 2 Baylor, shooting at a 37.7 percent clip.

For comparison, Iowa State is sixth, shooting 33.3 percent from downtown – that’s a stat Fennelly would like to see improve. Earlier this year, Fennelly stressed that if the team wanted to be great this season, 3-point shooting has to be better. Against Texas, the Cyclones ended the night with a 30 percent mark and only shot 25 percent in the first half.

There’s hope, however, that the stat will pick up, as sophomore Kristin Scott has heated up at the start of conference play. Scott, who averaged 4.8 points per game last season and finished shooting a 14.6 percent from outside, has improved drastically.

“[Scott] made a big jump,” senior Meredith Burkhall said. “Just from her confidence, her shooting, her talking… everything about her game has taken the next step up.”

This year, Scott is leading the team with a 45.2 percent mark in 3-point shooting (minimum of two shot attempts per game). Pair that with her Big 12 leading 64.3 percent from the field and it’s easy to see why she has been one of the biggest stories of the season for this team.

“[Scott’s] numbers – like someone told me – are video-game like right now,” Fennelly said. “She’s played really well. She’s doing the things that we need her to do. She’s filled a role for us that gives us some points and another option in the post, which we need.”

Fennelly still rotates three post players into the game in the first quarter – something he tries to do every game – to see who has the hot hand on any given night.

“She’s made great progress from her freshman to sophomore year,” Fennelly said. “It’s a tribute to her. Coach Schaben and Coach Steyer have done a good job of really teaching her some things and working with her. I’m very proud of her development and certainly hope she continues to grow into a role on our team.”

Scott and the Cyclones arrived in Morgantown on Tuesday evening, preparing to go to battle with the Mountaineers in their fourth true road game of the season.

Though the team sports a 1-2 mark in road games this year, freshman Ashley Joens said the traveling is a blast.

“To be able to play, especially with this team, is a lot of fun,” Joens said. “[I’m] just excited to get out there and play again.”

Iowa State and West Virginia tip off Wednesday at 6:00 p.m. CT and although the game is not televised, Chris Williams and Lyndsey Fennelly will have the call on the Cyclone Radio Network.