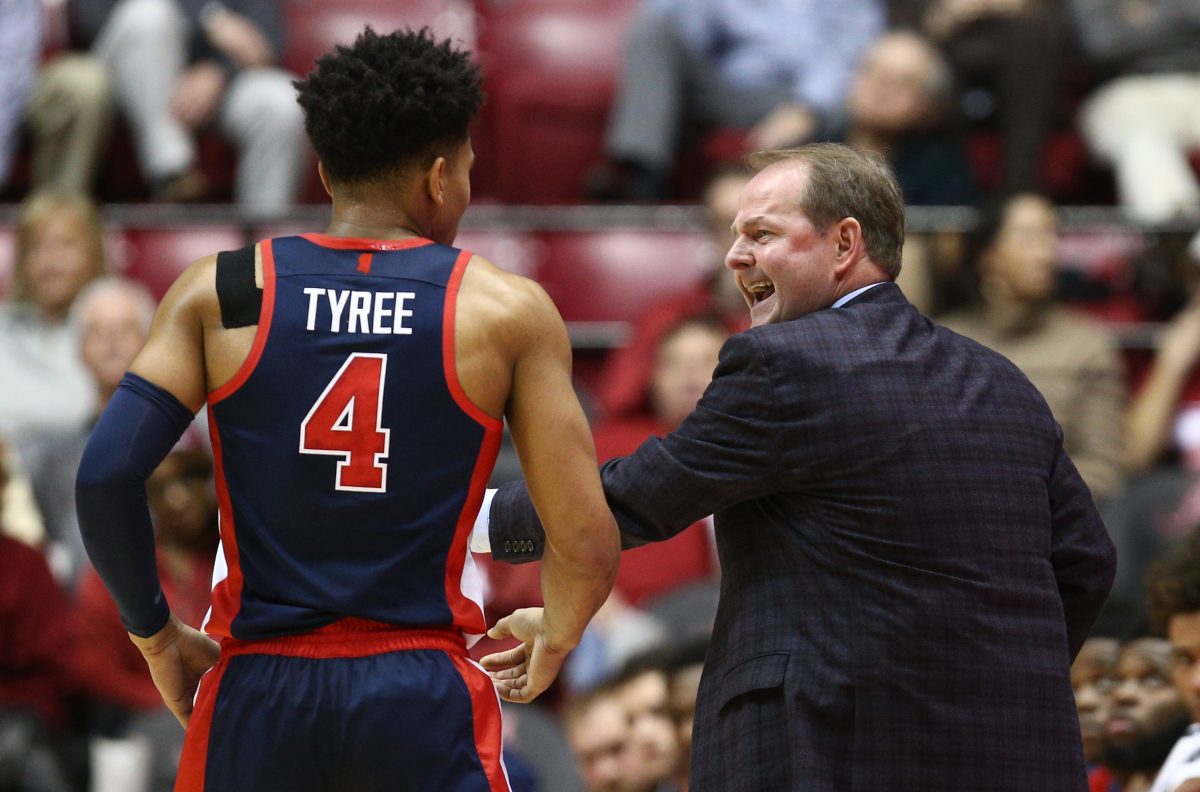 Chris Williams: Total toss-up for me. I don’t have a great feel either way. I am very familiar with Kermit Davis, who’s done an incredible job in his one year at Ole Miss. The Rebels were picked to finish last in the SEC and find themselves ranked as we enter the month of February. I’m not crazy about the matchup though as Ole Miss will look to be overly physical with the Cyclones, something this Iowa State team has not reacted to well so far this season. I’ll take the Rebels by a possession but would not be surprised if Iowa State – the more talented team – gets this quality road win.

Jared Stansbury: Two weeks ago, this game would have felt considerably more daunting with Ole Miss in the heat of a winning streak. Now, I feel like the Cyclones have a good chance to go into Oxford and leave with a win.

I see Iowa State’s spacing and multiple guys being able to drive the lane giving the Rebels issues.

Rob Gray: Ole Miss is 8-1 at home, but has struggled since seeing a 10-game win streak snapped by unranked LSU in Oxford. A home win vs. Arkansas followed — along with a blowout loss at unranked, but talented, Alabama.

It’s a tough team to figure, though is very efficient on the offensive end, shooting 49 percent overall.

ISU’s strengths (e.g. taking care of the basketball, spacing the floor, ball movement) should give the Bulldogs’ defense fits, but the Cyclones will need to minimize (in number and duration) defensive lapses in order to win this Big 12/SEC Challenge matchup between top-25 teams.

Ole Miss guards Breein Tyree and Terence Davis are forces on both ends of the floor — and can shoot it from beyond the arc and finish drives with regularity. They’re also turnover prone, which enhances ISU’s chances, in my opinion, to pull out a tense resume-enhancing win away from Hilton.

Brent Blum: I have no idea what to make of Ole Miss. They have some impressive wins that merit them being in the top 25, however, it’s not a team that is going to overrun Iowa State with talent. I think Iowa State’s guards are just as good as the Rebels and Wigginton is the difference. This will be fun.

Kirk Haaland: I think this is ultimately a no-lose game for Iowa State since it is against such a quality opponent on the road. I hate the timing of the SEC challenge but I guess we’re all stuck with it.

Personnel wise I think it is a good matchup for Iowa State that will largely come down to how well the Cyclones can keep the Rebels of the offensive glass and who can get good looks from the perimeter, and make them.

I think the game will be close and hope to see a good performance out of the Cyclones, but especially Cam Lard and Lindell Wigginton getting back on track.

Kevin Fitzpatrick: I hate these middle-of-the-conference-season non-conference games even though it SHOULD be fun to play against a team from another Power 5 conference.

The only thing that gives me a good feeling about this game is the fact that the loss against Kansas should have left everyone on the team with a sour taste in their mouth. Everything else – trip to Oxford in the middle of the Big 12 season, 11 a.m. start on the road, and an Ole Miss team coming off a disappointing loss of their own – leads me to believe this is going to be a frustrating one to watch.

Make no mistake, Iowa State is the better team for this match-up. However, I foresee a sluggish performance unless the Lindell Wigginton of old shows up and lights the nets on fire in a triumphant return. I’ll quietly hope for that, while predicting otherwise.