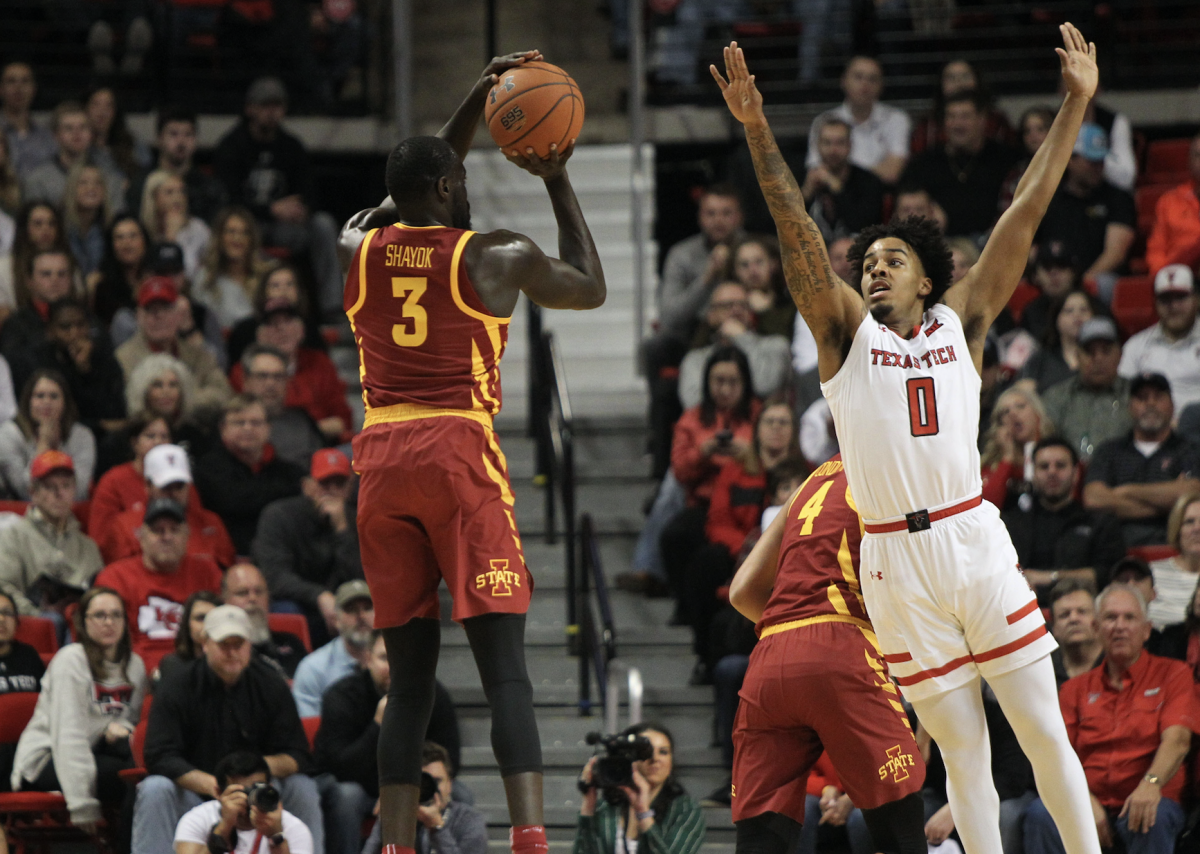 After the win over Kansas, I tweeted that if the Cyclones want to contend for the Big 12 title, they would likely need to be 5-2 in Big 12 play by the time the SEC Challenge weekend came along. After last week – and more specifically, Saturday’s struggles – that seemed like an impossibility. But a road win over a top 10 team can do a lot to re-position a team in the standings.

Of course, getting to 5-2 would also require a win in Lawrence but it is not out of the question. The most interesting thing is that if Iowa State does somehow manage to win its next two league games, they’ll be in a better position in the standings than if they had gotten to 5-2 with the losses being at Texas Tech and at Kansas instead of at Baylor and home to Kansas State.

Winning in Lubbock and Lawrence would undoubtedly make the home loss to Kansas State all the more infuriating, but it is ultimately a better scenario for tiebreakers in the league race.

When folks talk about knowledgeable fan bases, I usually kind of roll my eyes. But, I do think Iowa State fans are a bit ahead of the curve than most (it seems) with understanding why the long two-point jump shot is generally not ideal. I credit that to having Fred Hoiberg come along and harp on things like that, long before it was as mainstream in college basketball as it is now. Maybe I’m crazy but it at least seems to be true that Cyclone fans are more sensitive with it.

The Nick Weiler-Babb’s 17 footer has long been the bane of existence for Iowa State fans. Personally, I think some of this gets a tad overblown because there will always be an occasion where it is the shot of choice based on the situation but when striving for the utopian shot selection, the shot chart would show everything at the rim and behind the 3-point line.

With the help of Synergy, we can paint a bit of a picture for Iowa State and shooting the long two.

This season, the Cyclones as a team are shooting 31/70 on long two-point shots (between 17 feet and the 3-point line) for an accuracy of 44 percent and an expected value of 0.89 points per attempt.

For the sake of comparison, as a team, Iowa State has made 147 3-pointers on 413 attempts for an accuracy of just below 36 percent. Yes, 36 percent is less than the 44 percent but when you factor in the added value of the 3-pointer the Cyclones have an expected value of 1.07 points per 3-point attempt. Meaning, if you want to shoot a 17 footer, don’t. Instead take a step back and get a better value.

Weiler-Babb is probably the guy that draws the most heat for this habit and Synergy has him making seven of his 20 attempts from 17 feet (35 percent and 0.7 points per attempt) but Marial Shayok actually has more attempts. Shayok has made 15 of his 24 attempts and actually has a higher expected value on the long two (1.25 points per shot) than when he shoots a 3-pointer (1.16 points per shot). Michael Jacobson is in the same category with 1.4 points per long two attempted and 1.0 per 3-pointer.

One other aspect of these numbers for Weiler-Babb is that the discrepancy here is obvious but it is exacerbated by his improved 3-point shooting this year. He’s making almost 42 percent of his attempts and has 23 made 3-pointers while having just 28 in his first two seasons in Ames where he made just 31 percent.

The last note on this is that the numbers for Jacobson and Shayok are also worth noting as a reminder that not all long two-point attempts are equal and they’re not all bad. As an aside, I think often times the improved accuracy from the 3-point line versus long 2-point jumper is largely due to how the shot is most frequently taken; feet set in a catch and shoot situation versus a pull-up off the dribble while trying to attack in an isolation. That seems to at least be true for Iowa State.

There has been a lot of talk about how Lindell Wigginton has been playing since returning from injury… shooting too much, messing with chemistry, yadda yadda. In my opinion, from what I have seen he has largely played within himself and unselfishly. At times, did he hunt too hard for a shot when offense stalled? Probably, but pressing to get points for a struggling team from a guy that had to make everything happen a season ago, shouldn’t come as a huge shock.

But, what I think most importantly, many of his numbers are improved from a season ago. In full disclosure, this is a bit of an unfair comparison to last year since he has only played in five conference games instead of 18 but it does offer some optimism.

Yes, his shooting numbers are down drastically from behind the 3-point line and not as bad from inside the 3-point line. So far, he hasn’t gotten all the way to the rim quite as effectively as last season which is hurting his 2-point percentage, but even then he’s just a couple of made shots away from being on par with last year. Is his 3-point shooting down as he tries to find his rhythm or place in the offense? Was last year’s percentage the anomaly? This year? We don’t really know yet.

But he’s rebounding better, creating more assists, decreased his turnovers, and getting to the free throw line more effectively. For this team to have as good of a season as possible, they’ll need him to keep that up but also get his shooting touch back to last year’s form.