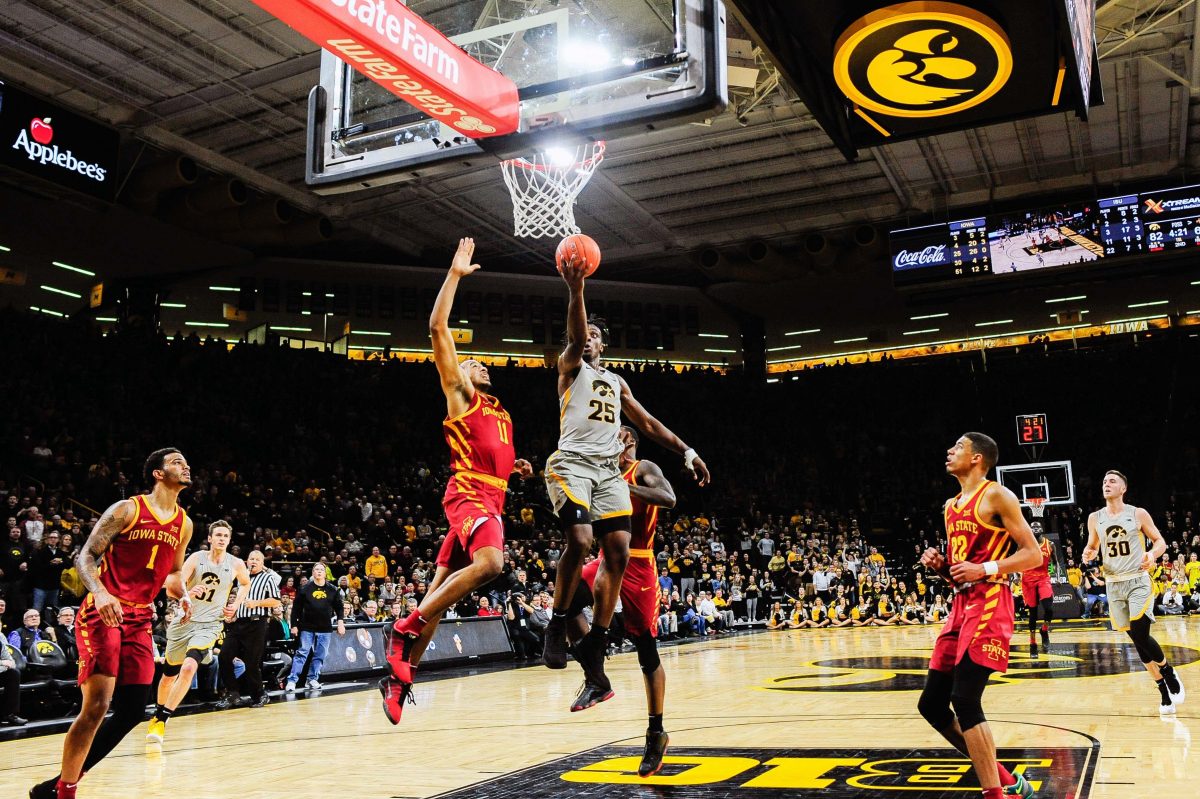 Iowa State scored 84 points in Thursday’s heated Cy-Hawk rivalry game against Iowa at Carver-Hawkeye Arena and got to the the free throw line more than the home team.

But everything else — particularly on the defensive end — proved to be pointedly “not good enough” as the Cyclones fell to the No. 18 Hawkeyes 98-84 before an announced crowd of 13,414.

“We scored enough points,” said Cyclones coach Steve Prohm, whose team suffered a 14-point loss two years ago in Iowa City. “We scored — what did we score, (84) points? Missed a ton of free throws. Missed some bunnies. Could have had 90. But you can’t win on the road against anybody giving up 98, let alone (against) a good Iowa team on the road in a rivalry game. We lost the game on the defensive end, on the glass, transition. Transition because of shot selection at times and missed layups always turn into layups on the other end — you can chart those forever.”

The deep sense of togetherness and toughness ISU (7-2) had exhibited during a gritty and sometimes glossy start to the season clearly retracted somewhat Thursday as the Hawkeyes (7-2) shot a sizzling 9-of-18 from 3-point range, routinely tracked down 50-50 balls and crafted a dominant 44-to-24 edge on the boards.

The Cyclones did outscore Iowa 24-13 in points off turnovers, but being outclassed pretty much across the board elsewhere thwarted several ultimately ill-fated comeback bids.

“Second half we make a great run, we got it to two,” Prohm said.

That’s when Michael Jacobson completed a three-point play to make the score 45-43 with 18:46 left.

Then the wheel’s fell off.

Iowa reeled off a crushing 18-4 run spanning just over four minutes and the Cyclones couldn’t pull closer than eight points from the lead after that.

So what went wrong?

Again, just about everything. ISU never stopped fighting, but the Hawkeyes always delivered a robust answer to any small surge.

“It all had to do with stops and finishing the defensive play,” said Cyclones guard Marial Shayok, who scored 19 points and matched Tyrese Haliburton with a game-high three steals. “Something that we’re gonna learn from. I’d rather it happen now than later down the road.”

The many “not good enough” aspects of the game cropped up midway through the first half.

ISU led 24-21 after Terrence Lewis scored on a reverse layup off a slick feed from Jacobson with 11:08 left until the break.

Iowa’s X-factor on Thursday — Isaiah Moss — then sparked a stunning 13-0 run by swishing one of his four first-half 3-pointers.

He made his first four, to be exact, and scored 18 of his 20 points before the break.

Tyler Cook led the Hawkeyes with 26 points, but Moss, ignited his team and the crowd early and set a tone that caused ISU to clang off-key most of the game.

The Cyclones showed flashes of their former fierce selves throughout the game, whittling down a 20-point deficit to eight and forcing eight turnovers.

Talen Horton-Tucker led ISU with 21 points and looked especially strong when driving and finishing at the rim.

But none of Thursday was remotely “good enough” — and the Cyclones know that.

What they do with that knowledge will determine if this still-evolving roster can shrug off this disappointment the same way they did two years ago and sketch out a successful season from the ashes of a bitter Cy-Hawk Series loss.

“Obviously disappointing the way we played tonight,” Prohm said. “But we’ll be back. We’ve got a really good basketball team. I love our team.” 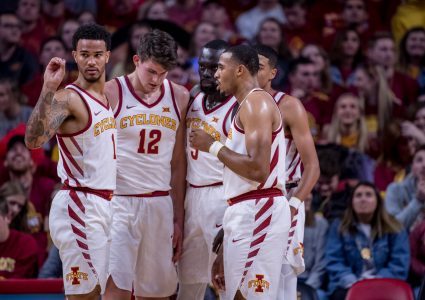