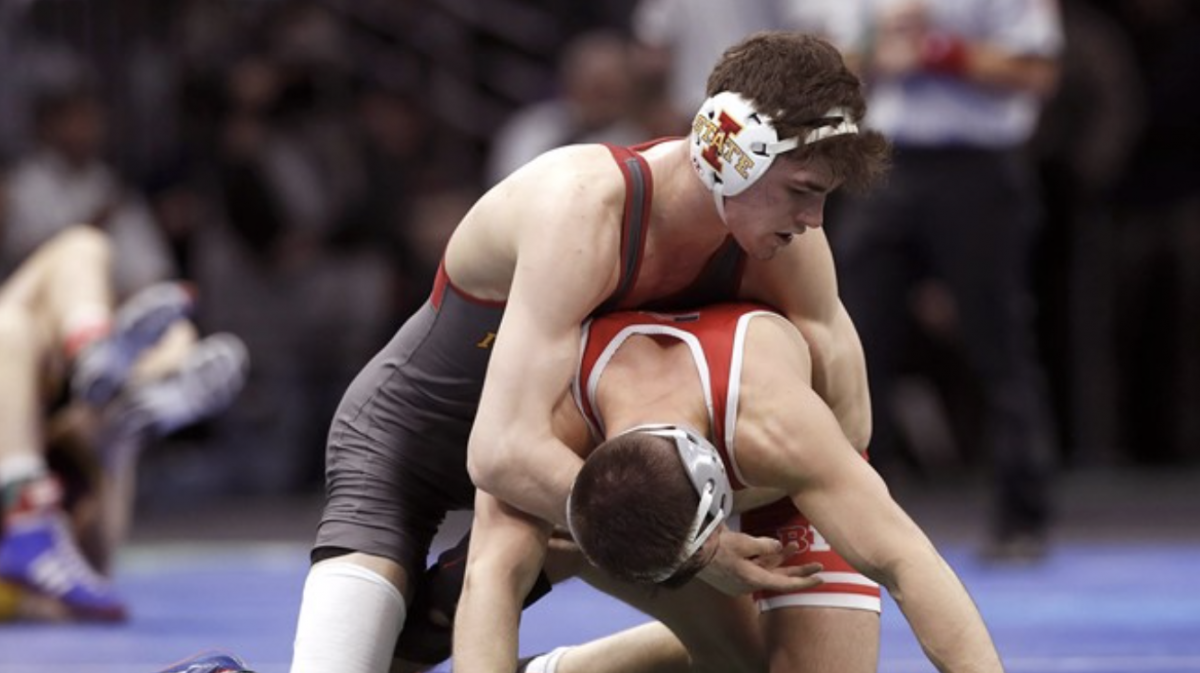 AMES — Kevin Dresser’s Iowa State wrestling team will take the mat for the first time this season on Saturday in the Cyclone Open. The goal? To learn a lot about this year’s roster.

Entering season two of the Dresser Era, the Cyclones have more men on the roster which means more depth at each weight class.

“Monday we had a pretty good scrap, I would say 95 percent of them came really ready to go,” said Dresser. “Ultimately you have to be good multiple days in a row to get it done in this sport.”

Dresser has emphasized consistency from his team in all areas. This weekend, the Cyclones have the opportunity to get out and see live competition.

“One-hundred and twenty-five through heavyweight…that’s how up in the air we are with positive potential that we have right now,” said Dresser. “If you pick up the newspaper in March after the NCAA tournament and I saw five names, all-Americans or higher it wouldn’t surprise me. There’s some talent on this team.”

Dresser hopes that this season will bring more for the fans to cheer about.

“I hope that they leave excited and that’s another thing I’ll tell our guys” said Dresser. “We train, we’re entertainers. What do fans like to see? They like to see points, pins, bonus points. So, we need to leave our fans excited to come back on November 11.”

The Cyclones will host the Cyclone Open on Saturday 3 at Hilton Coliseum beginning at 9 a.m.