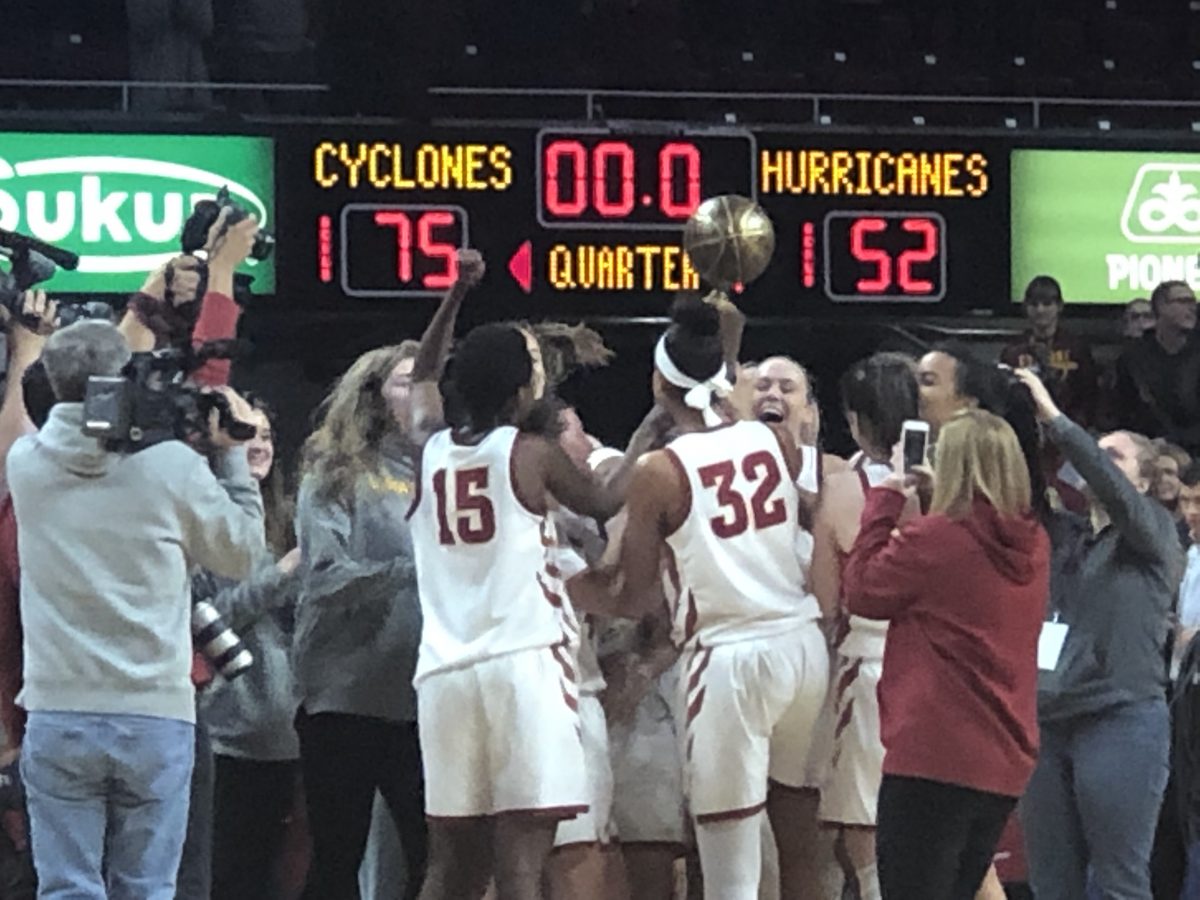 AMES — Bill Fennelly sat on the bench and watched as his team celebrated its 75-52 win over No. 24 Miami to clinch the Preseason WNIT title. Iowa State’s head coach looked on as his team collected the championship trophy and then cut down the nets in the arena he helped fill from the ground up more than 24 years ago.

Sure, there was no Big 12 title or really anything of huge significance to Iowa State’s 2018-19 women’s basketball season clinched on Sunday at Hilton Coliseum, but it felt like a special day. It felt different than some of the blip on the radar moments of upsetting ranked teams from the past few up-and-down seasons the Cyclones have endured.

Anyone who watches this Iowa State team can see there is something different about them. The way they play. The way they support each other. The way they follow what their head coach and team leaders have preached.

This team is different. They are special. It seemed as though all 10,064 people in attendance could feel it. Fennelly could while he sat on the end of the bench alone watching his team celebrate.

“This team is completely different than last year’s team. It is completely different than maybe any team we’ve had here in 10 years. You can just see it. You see it on the bench. You see it in practice,” Fennelly said after the game. “You see just the way they really, really do care about one another and enjoy playing together. Obviously, when you’re winning, everything’s easier. We’ll see when we get beat and how they act. I keep my notes from every practice that I’ve ever coached here and I kind of rate how it went. We’ve had one bad practice since we started and it wasn’t bad because of their attitude, we just didn’t get anything done like I thought. The way they respond and with the new kids following the lead, we have the best leadership we’ve had here in a long time.”

The strength in Iowa State’s leadership obviously begins with Fennelly, but, as Matt Campbell preaches, culture cannot really change until your program relies on player-driven leadership. Iowa State did not have that the past couple seasons despite certainly having some very talented players.

Again, this year’s team is different. It all starts with Bridget Carleton, who, by the way, scored 15 points, grabbed a team-high seven rebounds, blocked three shots and dished three assists on Sunday before being named the MVP of the Preseason WNIT.

Add Meredith Burkhall, who played six minutes and grabbed two rebounds against the Hurricanes, and the Cyclones have player-driven leadership again for the first time in a long time.

“That goes to the thrill that they have in wearing an Iowa State uniform,” Fennelly said. “What we didn’t do last year, we needed to get better. This year’s group has gotten better and hopefully, that will continue.”

Fennelly has seen a lot of special teams come through Ames since he took over the program in 1995. He took a program that never had any level of success and has led it to two Elite Eights, two Big 12 championships and 17 NCAA Tournament appearances.

Sometimes, it is almost like we forget what Fennelly has done to build this program. That was what hit me while I saw him sit alone on the bench after the game watching his team celebrate.

Sunday was a special day in Hilton Coliseum. It was a memorable day. This seems like a special Iowa State women’s basketball team. It is shaping up to be a memorable one.

Everyone who watches them can feel it, even the team’s head coach.

“As a coach, what you want to do is you want them to enjoy the work that they put in because as coaches, as parents, as grandparents, as teachers, you’re always like, ‘You’ve got to work hard. You’ve got to work hard. You’ve got to work hard.’ If the result isn’t there, it’s hard for them to do it and for me, this place is the family business,” Fennelly said. “I swear to God, I have the best job in the world. I don’t know how it happened or how lucky I got, but to be able to be here with the people that I’m with and the people that I work for and with and have my family share in it, who gets to do that? Seriously. It just doesn’t happen.”

“Everyone asks me if I ever buy a lottery ticket. I already hit the lottery. It’s my job. It doesn’t get any better. Today is a day when my Dad will say, ‘Okay, I’m glad you’re a coach.’ Most of the time it’s like, ‘What the hell were you thinking?’ Today was a good day.” 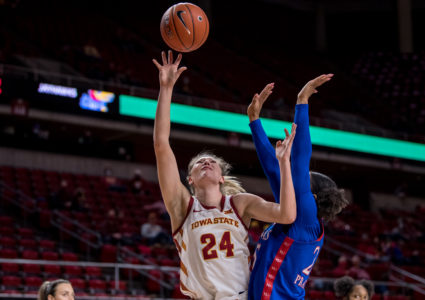