I couldn’t more fired up to announce my COMMITMENT to @CycloneFB! Thanks to everyone that helped me get here. @ISUMattCampbell & staff are special people! I am committed to our #P2OCESS #CyclONEnation pic.twitter.com/DGTVhFdedC

Miller, who is considered the No. 57 offensive tackle in the class, has long been one of the staff’s top 2020 priorities and has made multiple trips to Ames for unofficial visits.

Iowa State’s 2020 recruiting class now rates as the No. 21 class in the country. Stay tuned throughout the day for more on this story. 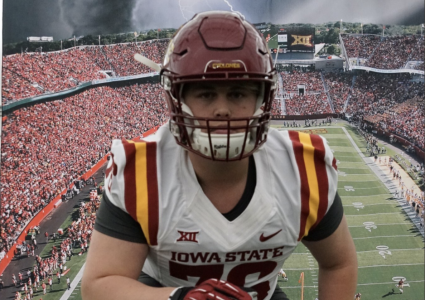