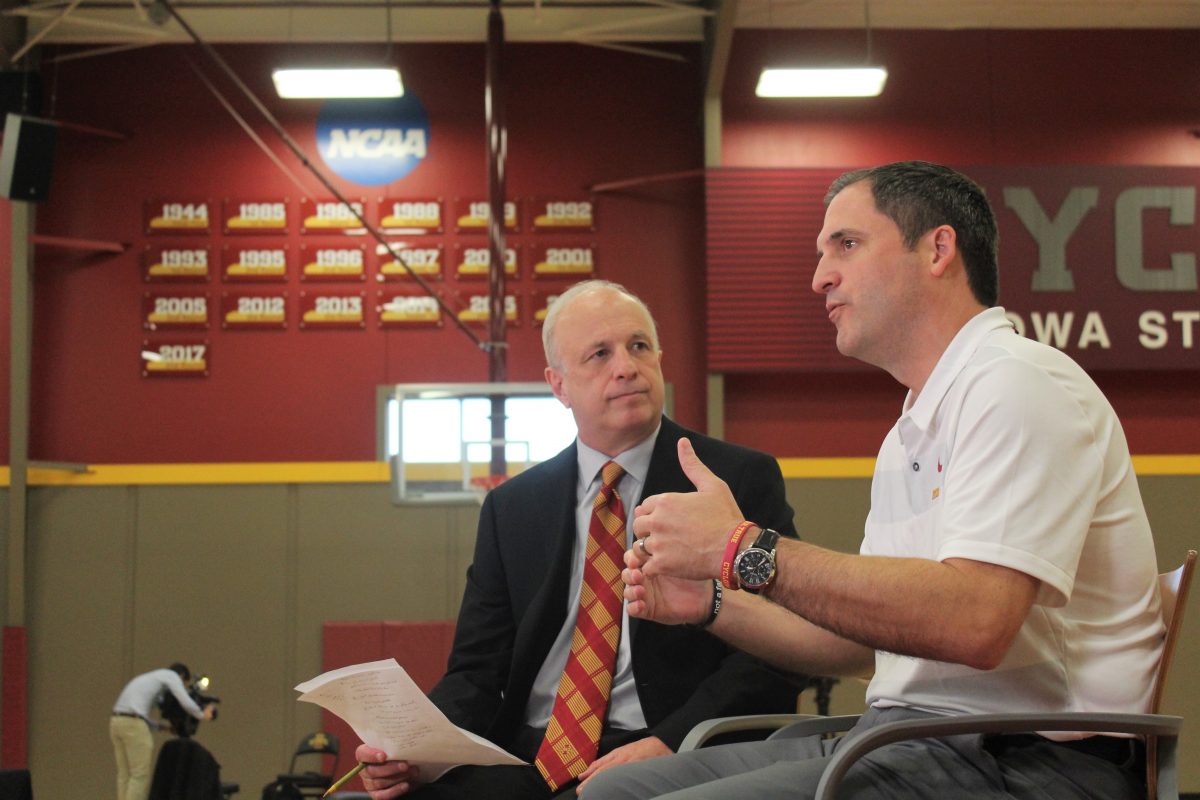 It is the mantra Steve Prohm has preached over and over again during the lead-up to the Cyclones’ 2018-19 season set to begin next month. It was an idea lost at times during an up and (mostly) down 2017-18 campaign in which the program finished 13-18, missing the NCAA Tournament for the first time since 2011.

“I think that’s the toughest thing of all this level. Can you play for the right reasons? That’s been our biggest focal point, playing for Iowa State,” said Iowa State’s fourth-year head coach during the program’s annual media day festivities on Wednesday. “I do think these guys do understand what they’re playing for. That’s something you’ve got to build over time. I think that’s something that made those guys so special that came before.”

“So many four-year senior guys. Everybody talks transfers and everybody talks fifth-year guys… But the guys in the success that I’ve seen as a head coach and even as an assistant is when you get those really, really good four-year guys in your program so you’re turning guys over. You lose (Melvin) Ejim, but (Georges) Niang’s still there two more years. You lose (DeAndre) Kane, but (Monte) Morris is still there for three more years. And down the road.”

Last year’s team was devoid of those four-year stalwart players Prohm mentioned. Outside of a few exceptions, it was a completely new roster and was expected to uphold a standard built by players many of those guys had spent very little time with if they had met them at all.

This year’s team is not much different in that sense. Nick Weiler-Babb, the Cyclones’ senior point guard, is the elder statesman and one of only two players remaining from the Cyclones’ 2017 Big 12 Tournament championship team (Solomon Young being the other) that featured great Cyclones such as Morris, Naz Mitrou-Long, Matt Thomas and Deonte Burton.

Prohm says if this team is going to take Iowa State back to the place people inside and outside of the program believe it belongs, it will take emulating that 2017 team, which in turns puts pressure on Weiler-Babb to take over in a true leadership role.

The obligation of helping instill the mentality of playing for Iowa State also falls on the shoulders of sophomore guard Lindell Wigginton, the Big 12’s leading returning scorer from a year ago. A highly-touted recruit in the 2017 class, Wigginton said it was an idea he did not necessarily understand as a freshman.

He was not prepared to step out of his comfort zone and do the things it required to represent what it means to play for Iowa State. After announcing his decision to withdraw his name from the NBA Draft and return to school this summer, something clicked for Wigginton.

“Last year, I didn’t really understand it when he was saying it. I really just kept to myself and my teammates. I really didn’t get out of my comfort zone and get to meet new people last year. I didn’t really want to do it last year,” said Wigginton, who averaged a team-high 16.7 points per game as a true freshman. “I feel like now Coach has just preached that to me a lot and it actually feels good just getting to meet new people. Just playing for Iowa State and building a culture and trying to get back on the winning scene.”

The process of returning to the winning scene is not necessarily going to happen overnight for an Iowa State team that is clearly more talented than last year’s group. Prohm noted it took even the previously mentioned 2016-17 team several months before it found its stride and ultimately became one of the hottest teams in college basketball down the final stretch of the season, coming just a few possessions away from a second consecutive trip to the Sweet Sixteen.

This team features four freshmen, all of them highly-touted in their own ways, but led by the former four-star prospect and Chicago Public School legend Talen Horton-Tucker.  They will be tasked with integrating transfers Marial Shayok (Virginia) and Michael Jacobson (Nebraska), which will hopefully be much easier than last year’s crop of graduate transfers considering they spent last season in Ames, but sitting out due to NCAA transfer rules.

For Shayok and Jacobson, a native of Waukee, an understanding of Iowa State basketball’s history already exists. Both of them already know what it means to be a part of the Cyclones’ program after spending a full year inside of it.

“I think just the overall tradition that Iowa State basketball has and the success they’ve had in recent years, winning Big 12 championships and going to the NCAA Tournament, everything like that. I think just being one of those guys that does that as well for this program,” said Jacobson, while pointing to the year’s signifying conference championships and NCAA Tournament berths hanging on the wall in Iowa State’s Sukup Basketball Facility.

“You see it on the walls right here and it’s something that you definitely know and you feel.”

It is not just a name or even merely a school. It is not only a free ride to play college basketball on national television or a free education without responsibility. It is a community. It is a tradition. It is something to be cherished and something meant to be upheld to the highest of standards.

It was lost in a 2017-18 season Prohm simply described as miserable. If these Cyclones hope to return to the heights of the players who came before them, perhaps even more than the on-court product needs to improve, the pride for everything this program represents has to return.

They need to play for Iowa State. 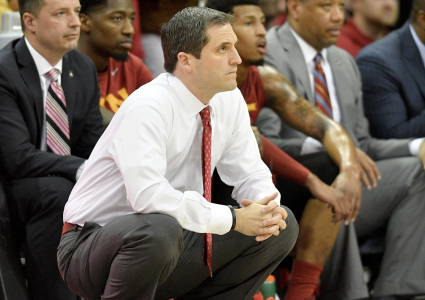