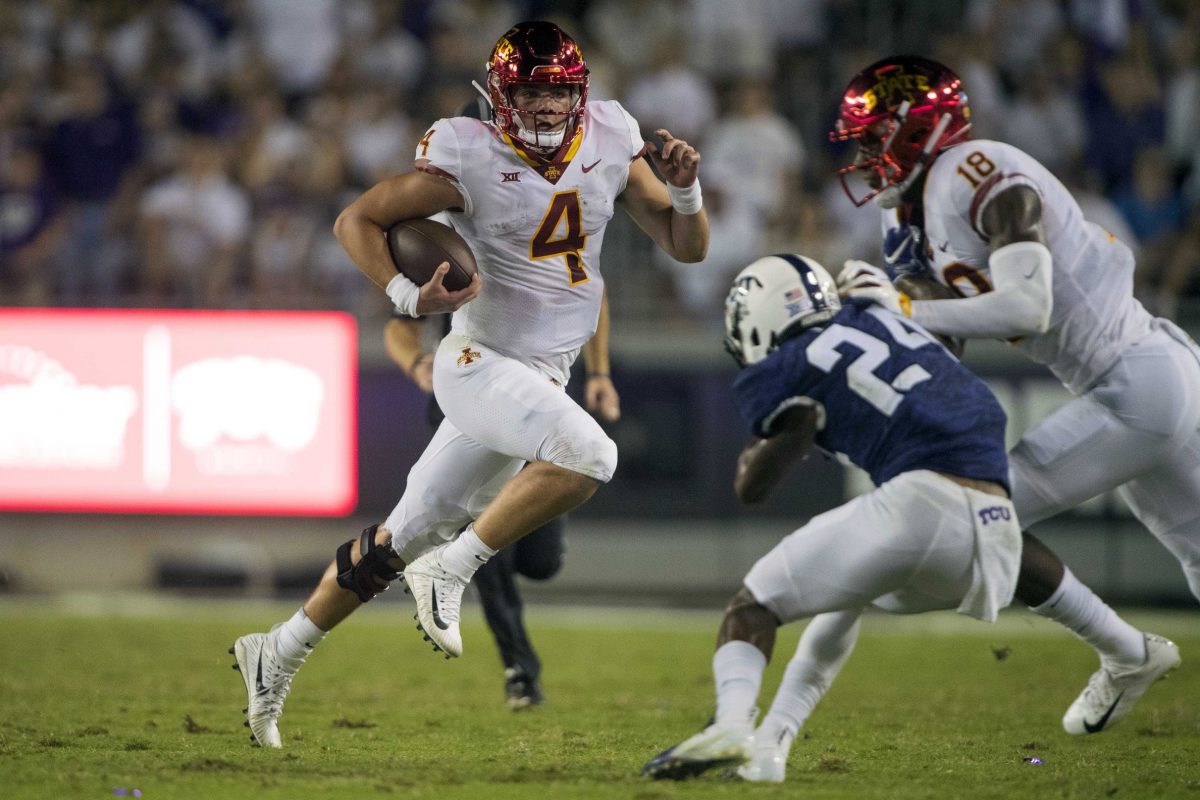 AMES — What makes a team?

Moments after he was sacked and stripped of the football in what turned into a pivotal defensive touchdown in Saturday’s 17-14 loss at TCU, Noland came to the sidelines and was met with enthusiasm, not sideways glances.

“Not a single person has a look in their eye like, ‘Dang, really guys?’” said Noland, who will start his fourth consecutive game Saturday at No. 25 Oklahoma State as previous starter Kyle Kempt continues to recover from an MCL injury. “They were all like, ‘All right, we’re good. Y’all get back out there and do your thing.’ As an offense, it lifts us up.”

The Cyclones (1-3, 0-2 Big 12) have been down one possession or less in the fourth quarter of each of their three losses, but haven’t been able to churn up enough offense to complement a stellar defense down the stretch in any of these games.

For that to change in Saturday’s 2:30 p.m. clash with the Cowboys (4-1, 1-1), Noland and company need to connect on not just more big plays, but timely ones.

“I think it’s just as a team we’re just like, ‘We need to find a way to keep getting better and keep giving us shots,’” guard Josh Knipfel said. “I think in every game we’ve had a shot, and opportunities to win the game or extend the game and we’ve just got to keep finding opportunities to keep doing that.”

ISU ranks ninth in the Big 12 in third-down offense, converting on 35.7 percent of such plays.

The Cyclones haven’t been shy about trying again on fourth down, either, earning a fresh set of downs in 42.9 percent of those situations (3-for-7), which also ranks ninth in the league.

“It just shows that the coaches haven’t lost faith in us,” said Noland, whose thrown four touchdown passes to one interception this season. “I think that’s what gives us a good feeling on offense, is they’re still going to keep being the same people every single day and that means they can trust us and we can trust them to put us in the best situation.”

Noland continues to earn that trust as Kempt tries to get back on the field.

ISU head coach Matt Campbell said Kempt will miss at least this week’s game — and possibly more, though his brace is off and progress is ramping up.

“I think we can see a relief on his face in terms of it’s getting better,” Campbell said. “If there’s anybody in our program that’s ready to get (back) out and play, it’s certainly Kyle Kempt.”

Until then, Noland will be in charge of jumpstarting an offense that’s been efficient in the red zone (11-for-11), but not explosive (seven of those 11 scores are Connor Assalley field goals).

Oklahoma State, conversely, fields one of the conference’s most combustible offensive units.

“They’re going to push the ball down the field,” Campbell said. “Their running back, they’re going to give it to him 25 times a game and he’s going to get some big plays. What that does to the football game is how do you help your defense out?”

One way is establishing the running game, which the Cyclones may need to do Saturday without star back David Montgomery, who left Saturday’s loss late in the fourth quarter after sustaining a deep arm bruise.

Campbell deemed Montgomery to be “day-to-day” and added that he’s been ailing slightly since taking a hard hit in the weather-nixed opener against South Dakota State.

“He’s been dinged up — nothing terrible,” Campbell said. “A lot of it is deep bruising and pain that you just have to fight through. Not easy and a lot of credit to him and how he’s playing with him not being 100 percent. Unfortunately, running back is a position where, besides maybe other than the early part of fall camp, you never feel like you’re 100 percent. He’s a pretty tough cookie.”

MONDAY MUSINGS: Why I’m not freaking out yet

Campbell feels the same about Montgomery’s backups — and the entire team.

He said after Saturday’s loss he expected some outside the program would write ISU off and “that’s OK.”

Campbell knows how his players deal with that type of noise: by shoring each other up, not splitting into factions.

“There is too much social media, there is too much out there to be naïve to say, ‘Hey, we’re a 1-3 football team,’” Campbell said. “That’s honest. The reality of it is, in our room, in these walls, there is a lot of growth that’s happened. Even where we were at the end of last football season to where we are as a football team today – we’re a completely different football team and program. But the reality of it is, the competitor in all of us, we want to win. How do we get there, how do we make that next step? Part of it is, you have to negate everybody else and you have to be able to stay centered on what the job is. That’s hard when good things (happen) and it’s certainly hard when things aren’t going great either. That’s why that process, and everybody doesn’t want to hear it when it’s going good and everybody doesn’t want to hear it when it’s going bad, but the reality of it is they don’t want to hear it because that’s really hard to do. That’s really what success looks like is your ability to mitigate all of that, stay the course, keep getting better, fix those areas that need to continue to get better and then make the improvements to take that next step. That’s where we live and certainly we talk about those things.”

Then, they dust it off. Outside doubts won’t lead to internal strife.

“Nobody sees the locker room at halftime and before the game and it’s just a bond that we’ve got with each other and it’s hard to break,” Noland said. “You come in here on Sunday and everybody’s laid out on the couches watching ball. We’re all huddled around and I think that whether our record’s 4-0 or 1-3, I think as a unit we’ve stayed together no matter what. We’re not letting the highs of the highs or the lows of the lows get the best of us. We’re just going to continue to be the same team every day. That’s what we’re going to continue trying to strive for.” 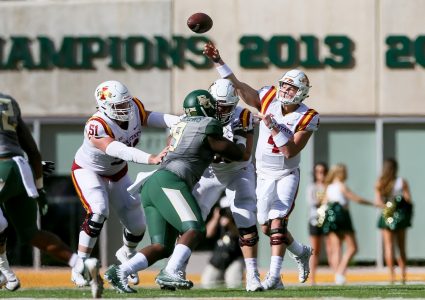