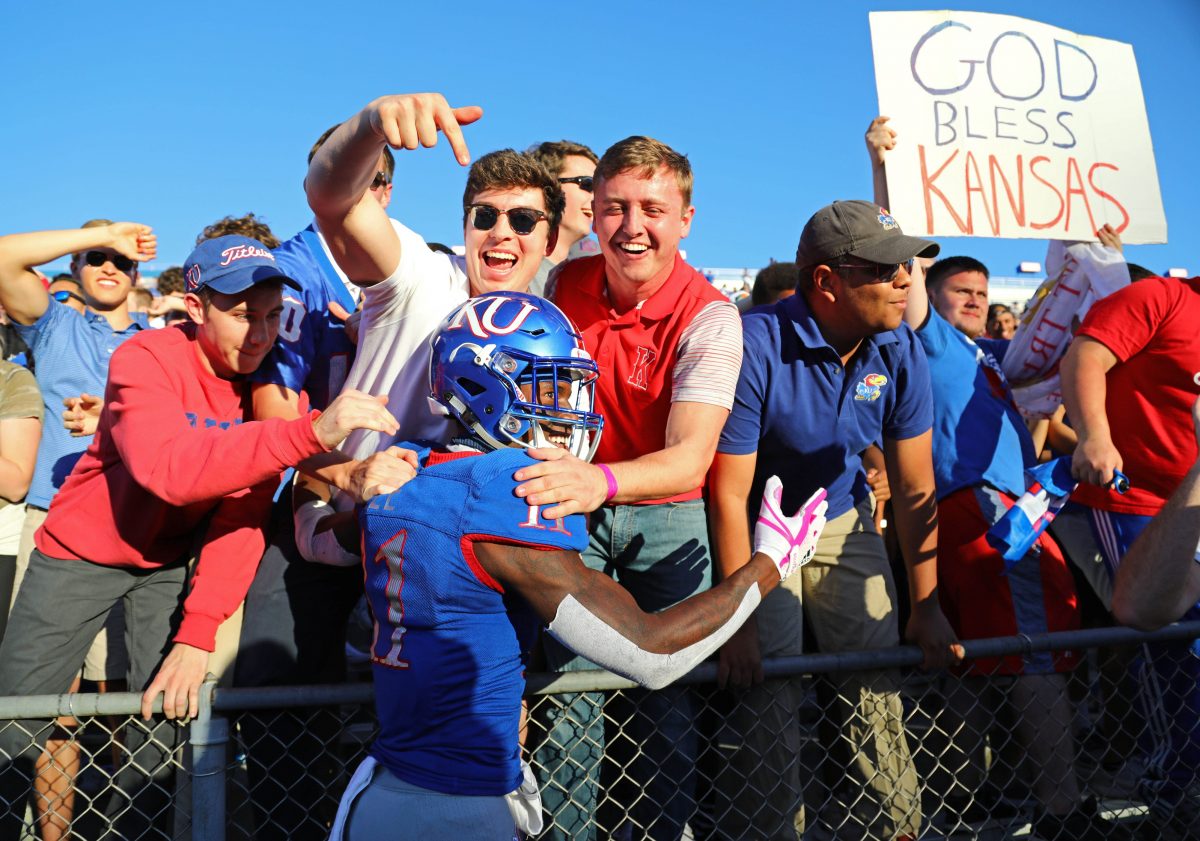 AMES — Quick quiz: Which team is the national leader in turnover margin among power five conferences?

Hint: it’s not a blueblood bunch by any stretch and it’s not even close.

It’s long-forlorn Kansas, which ranks second nationally to Georgia Southern of the Sun Belt and is a staggering plus-two per game in that key category.

Revivified LSU stands fifth at plus-1.5 and top-ranked Alabama is sixth at 1.38, but among Big 12 teams, the Jayhawks are the runaway leader.

Why? How? Does it matter, since they’re still 3-5 overall and 1-4 in conference play?

Damn right it does.

“I think the biggest thing, again, defensively, is you see, number one, a really good — very similar to us in some ways — a very, very good defensive line,” Iowa State head coach Matt Campbell said of the 14-point underdog Jayhawks in advance of Saturday’s 11 a.m. game in Lawrence. “Outstanding defensive front. You see a linebacking corps that’s all been there. They’re veterans. And their secondary, especially in the safety world, is maybe as good as anybody in the conference. You see guys that have played a lot of football that are really confident to go make plays on the ball. It’s really a group that’s done it, really, from game one through the entire season.”

In other words, the KU defense can hurt you — as long as you let the full team hang around.

That’s what happened to foundering TCU last week in a 27-26 loss.

The Horned Frogs haven’t won a Big 12 game since edging ISU 17-14 on a last-second field goal over a month ago — and lost two turnovers while conjuring zero last week against the Jayhawks.

“They play really hard,” ISU receivers coach Bryan Gasser said of the KU defense. “They run to the ball. They’ve got really talented football players that have great experience over the last couple of years — guys that I know we’ve seen the last two seasons. So I think they’ve got some confidence over there. They’ve got there ability to go make plays and get after it.”

Kansas has produced a stunning 23 takeaways through eight games — nearly a three per game average.

The Jayhawks offense, meanwhile, has coughed the ball up just seven times.

So it’s not a stretch to say Kansas wins and loses games based on whether or not it holds a marked advantage in terms of turnovers, which can turn any game — against anyone — into a toss-up if there are slip-ups.

“A lot of guys that have played there,” Campbell said, echoing Gasser. “Really confident. They’re playing really hard. They run to the football. They do a great job, so I think that confidence in what they’re doing allows them to be very aggressive and make plays on the ball.”

ISU (4-3, 3-2) counters by ranking fourth in the Big 12 in turnovers allowed, despite playing one fewer game than all but one team in the league.

Being stingy with the ball on offense can offset KU’s tendency to tip the turnover scales in its favor and it’s been a focus in practice all week.

“It’s already kind of built into our day to day, weekly routine, where we’re hitting different drills to really work on taking care of the ball,” Gasser said. “Protecting it. Making sure that whether we’re carrying the football, whether it’s the quarterback in the pocket, whether it’s the quarterback on some decisions, we talk about it all the time in the receiver room with the quarterbacks that when the ball’s in the air it’s us or no one, so it’s always been a stress and a talking point for us from week to week, regardless of how good the opposing is at taking the football away. These guys have certainly done a great job and a lot of credit to what they do defensively. They’ve got some guys that can make plays and have found ways to get the ball out.”

Kansas is plus-16 in turnover margin. To put that in perspective, ISU is pretty good in the same area — tied for third in the Big 12 at a mere plus-two.

“I just feel like they’re more talented at each position than they have been,” Cyclones linebacker Willie Harvey said. “I feel like we’ve got to be on our stuff this week. We’re got to have a good game on offense, defense and special teams to get the win in a very hostile place.”

“You’ve seen him continue to get better,” Campbell said. “He’s a guy we’ve talked a lot about since spring practice in terms of what he brings to our offense and what his skillset brings to our football team. I just see a guy that’s gaining confidence as the season goes. But, just like all freshmen, can he sustain that through the long haul.”

Added Gasser: “He’s got really natural hands. Catches everything that comes around him, even though he doesn’t have a huge catch radius. If it’s close he makes the plays. And he;he’s got some quickness and speed that helps create some separation, too. So all those things kind of add up for him. … We kind of had the feeling going into the season that he would be one of our big playmakers.”

“If you pop his high school film on you’ll see some of it show up there too,” Gasser said. “I just think that’s something that’s natural to him. I’m sure he did it growing up on the playground and playing backyard football and some of those things and it’s just kind of part of his game.” 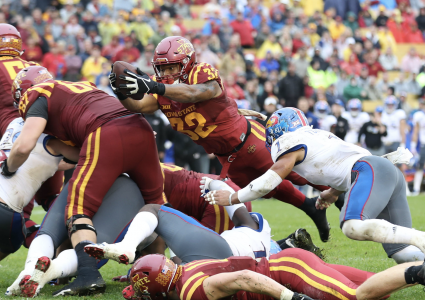 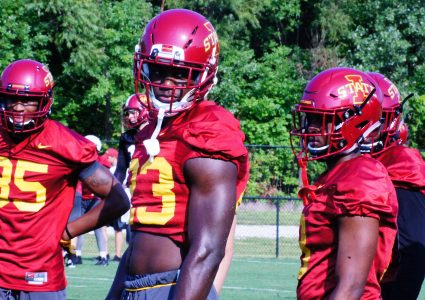