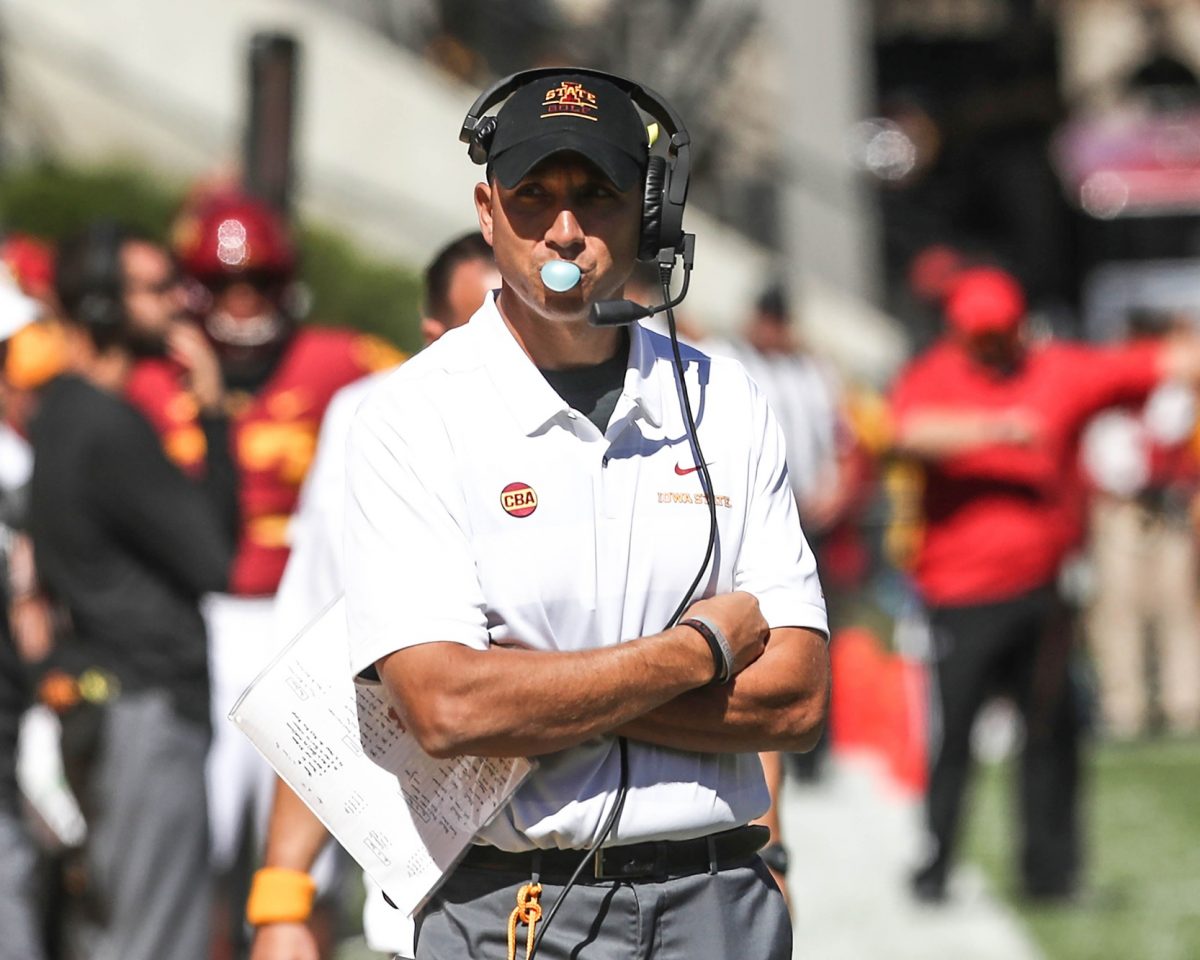 When will we see one of the true freshman quarterbacks?

That was one of the most asked questions by Iowa State football fans over the last several weeks. How long would it take before Brock Purdy or Re-al Mitchell were inserted into a live game?

Well, we got our answer on Saturday when Purdy was inserted under center early in the fourth quarter of Iowa State’s 26-13 over Akron and the Cyclones on the Zips’ 16-yard line.

At the time, it seemed like an interesting move with the Cyclones in the middle of a long drive and on the verge of likely icing the game away with a touchdown.

“I think just the reality of trying to get him some critical reps in the game and he gives us some mobility, gives you that high-end elite passer and certainly gives you the ability to manage the football game,” head coach Matt Campbell said after the game. “I think when we got down in the red zone, obviously, they’ve had more hats in the box than we could block for most of the game and just the ability to put hats on hats and see what he could do. Just change it up a little bit.”

Purdy stayed on the field for just two plays, one ending in a three-yard rush by Jonnie Lang and the other a quarterback keeper that lost a yard. Then Zeb Noland returned to the field for the third down play before the Cyclones ultimately would kick a field goal to push their lead to 10 points with roughly 10 minutes left in the game.

Even though Purdy and the offense had little success on that drive, expect to see him on the field again this season as he still has three games left to play before his redshirt would be burnt.

“Just more than anything we had the plan to get him in and just thought we’ve got time where we can get him in, especially in a meaningful situation,” Campbell said on Monday’s Big 12 teleconference. “So that was really all that it was. We’re glad that we got him in and we’ll see if we can continue to use him in some ways.”

* Editor’s note: This story was updated with Campbell’s comments on the Big 12 teleconference after the initial posting.