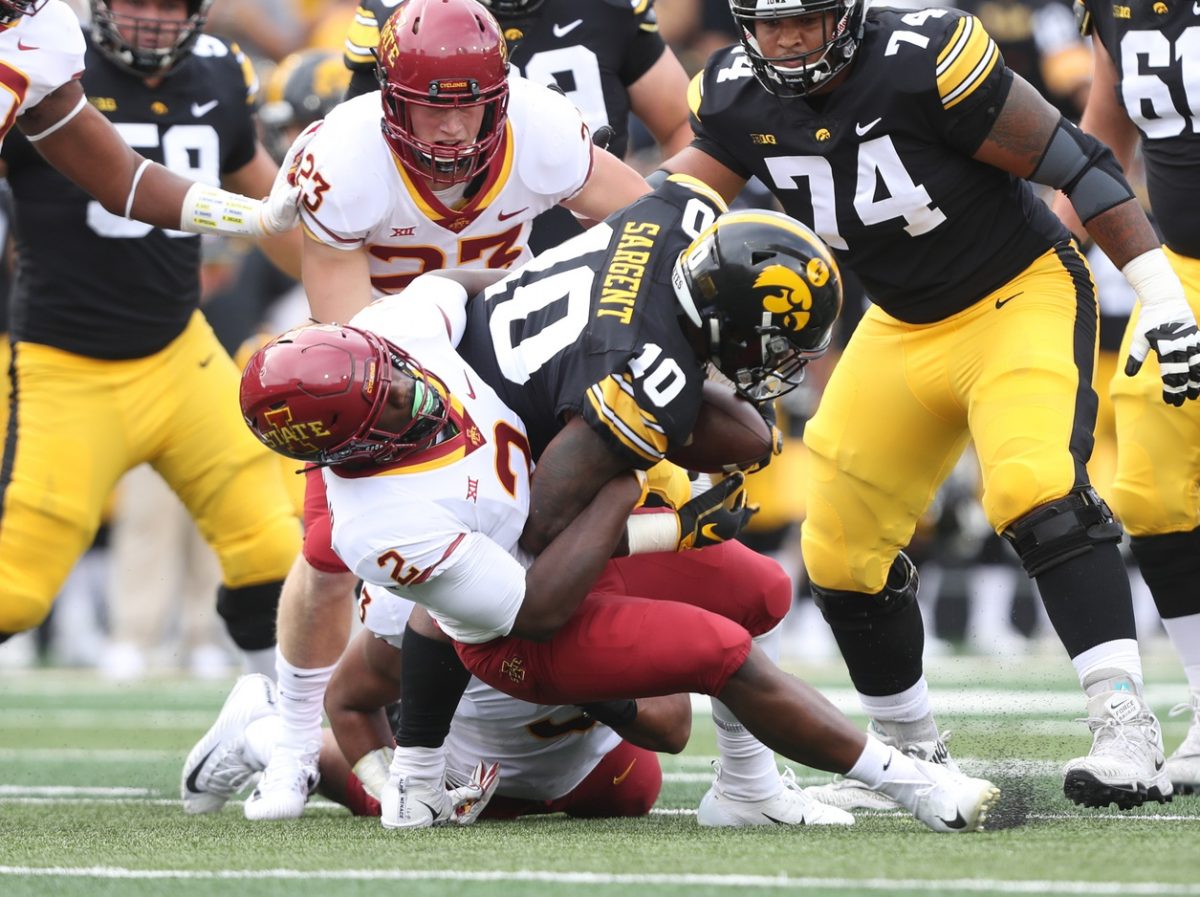 IOWA CITY — Matt Campbell has been telling us how good Mike Rose is, but I am not sure even his staunchest supporters saw his career-opening performance coming.

The true freshman linebacker from Ohio finished as Iowa State’s leading tackler in the Cyclones’ 13-3 loss to in-state rival Iowa on Saturday at Kinnick Stadium. The Brecksville, Ohio native finished with 11 tackles, one tackle for loss and a pass breakup.

He was one of the brightest standouts of an Iowa State defense that held the Iowa offense almost completely in check for more than three quarters.

“Mike Rose is pretty good,” Iowa State head coach Matt Campbell said. “I do not think I have lied about good players. I think a lot of people today saw why Mike won the job. He is special. Again, you are talking about a kid and he has a lot of growing to do still. Mike is really talented, so we are fortunate to have him on our team.”

The Cyclones held Iowa’s offense to 271 yards of total offense. After three quarters, Iowa’s offense had recorded just 173 yards. It was the 98 yards in the fourth quarter that broke the Cyclones’ backs and slammed the door, specifically a 13-play, 83-yard drive spanning 6:30, capped by a 2-yard Mekhi Sargent touchdown run with 4:47 left on the clock.

Iowa State was forced to lean on the defense for the majority of the night while the Cyclones’ offense stalled time and time again. They were able to hold multiple times with their backs against the wall following poor punts, giving the Hawkeyes field position deep within Iowa State territory.

“I think that’s where you see the veteranness of our football team,” Campbell said. “We’re going to need to learn on those guys until the other side of the football can catch up. I thought they were outstanding. I thought Coach Heacock, I thought our entire staff did an incredible job and that’s a veteran offense that they’re going against too in a lot of ways. Give credit to Coach and obviously those kids because they were outstanding. They kept us right in the football game and gave us every chance to win the game.”

Matt Campbell talks about the performance by his defense tonight against Iowa in this #CFTV. pic.twitter.com/aRbWIoRwgq

Next Saturday, the test will be even stiffer when Oklahoma comes to Ames sporting one of the most explosive offenses in college football. If Saturday night at Kinnick Stadium was any indication, Mike Rose and his crew will be ready.

“Great player. Fast learner. He just wants to be great. He’s going to be alright and he’s going to continue to grow,” Spears said of the young mike linebacker. “I felt like the defense played 11 as one. We prepared all week very well. I’m very thankful for my defense and how they performed today.” 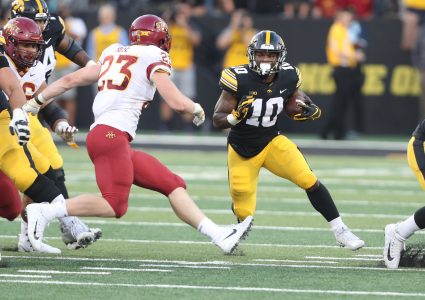 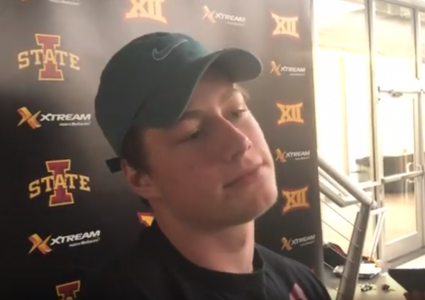