AMES, Iowa – The Big 12 Conference, which last season was the nation’s most viewed conference, announced its 90-game league slate Wednesday morning. All 18 of ISU’s Big 12 contests will be aired on the ESPN family of networks.

Iowa State will open conference play on Wednesday, Jan. 2 at Oklahoma State, where the Cyclones have won four of their last five games. The Cyclones first home conference game will come three days later on Saturday, Jan. 5 when they host Kansas.

Iowa State’s Big 12 slate features a midweek by Feb. 11-15, the first time the league has schedule midweek byes since the 2014-15 season.

The Cyclones schedule features a minimum of 18 games against teams that advanced to the NCAA Tournament last season, with the possibility of another in the second game of the Maui Invitational. 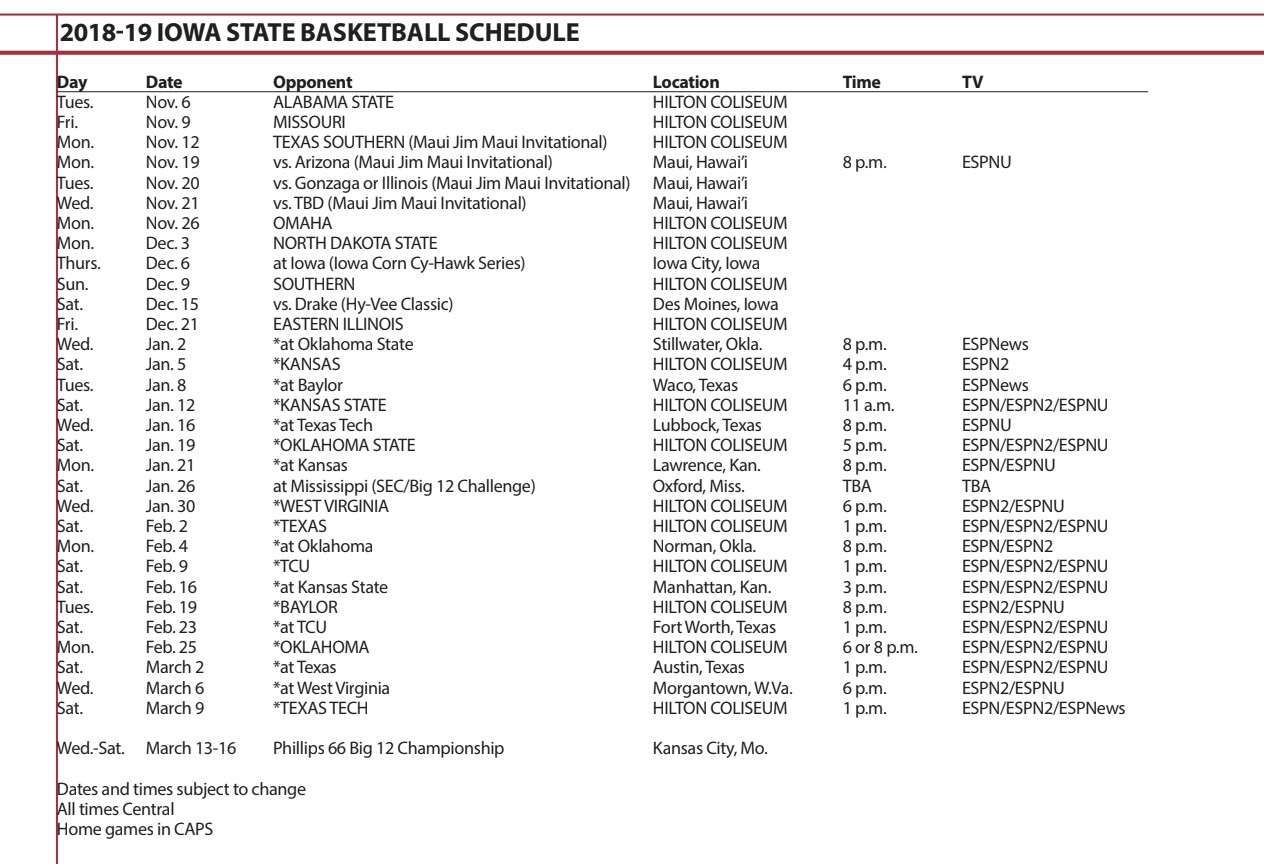