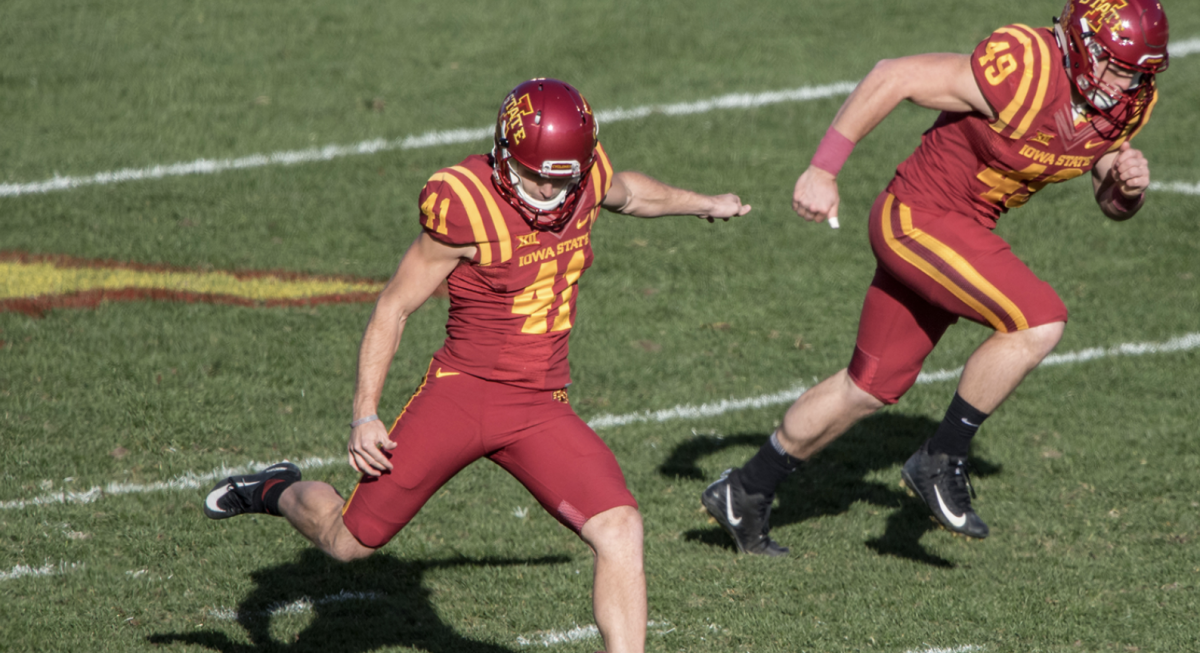 It has been quite a while since Iowa State football entered a season with a question mark at the kicker position, but that is the situation Matt Campbell and his staff find themselves in entering the 2018 season.

Unfortunately, Cole Netten and Garrett Owens will not be walking through the door. That fact has left Chris Francis, Brayden Narveson and Connor Assalley locked in a battle for the right to be the Cyclones’ placekicker when they take the field against South Dakota State on Sept. 1.

“All three are playing at a really high level,” Iowa State special teams coordinator Joe Houston said. “I’m really proud of them competing. You look at the numbers and it is a pretty even-keeled race right now.”

The numbers Houston referenced are pretty straightforward. The staff charts field goal percentage and PAT percentage. Whoever has the best numbers at the end of fall camp, will earn the job.

It is a process that cannot play out overnight. Houston said it will require the remainder of fall camp before they’re comfortable naming a starter for the season opener, but it will be the numbers that win out in the end.

The unique part of this position battle is none of the three candidates have ever kicked a field goal in a collegiate game. Sure, Francis has seen plenty of game action after being one of the league’s best kickoff specialists over the past two and a half seasons, but there is a considerable difference between strictly being a kickoff guy and a full-time kicker.

That fact led to one of the more intriguing things Houston had to say on Tuesday night regarding the specialization of kickers.

“I do believe in specialization,” Houston said. “If you look across the landscape of college football, the best kickoff kickers struggle with field goals and the best field goal kickers struggle with kickoffs. There is a correlation between specialization in those roles. In the past, that’s what we’ve done the past two years and we did that at Toledo too. Yeah, it’s just kind of a unique thing with different styles of kicking. You know, power swing versus an accurate swing.”

Hearing that leads to the belief that Narveson, a true freshman from Arizona, has to be the frontrunner to land the job as Iowa State’s full-time placekicker. Campbell and staff have shown over the past two years they have no fear when it comes to throwing a true freshman into the fire if they’re ready to contribute to the team.

That does not change when it comes to the kicking game.

“We’ve been known to play several freshmen,” Houston said. “The unique thing about those three is even though Chris has had game experience doing kickoffs, the three of them haven’t really had consistent on the field experience so from that aspect they’re all just going to be new players.”

All three are essentially brand new players when it comes to the game of college kicking. It is an idea that can be somewhat alarming when you consider how important the kicking game is even though it is often an afterthought in the realm of popular football thought.

Regardless, it is a situation people can expect to be sorted out by the time game week rolls around.

“There will be a named starter, absolutely,” Houston said. “We’re not going to leave this up for one of those tryouts on game day kind of deal. We’re going to let the numbers play out. Trust our practice numbers and then we will for sure name a starter when us and the head coach is ready.” 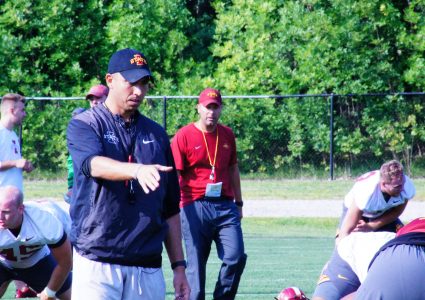