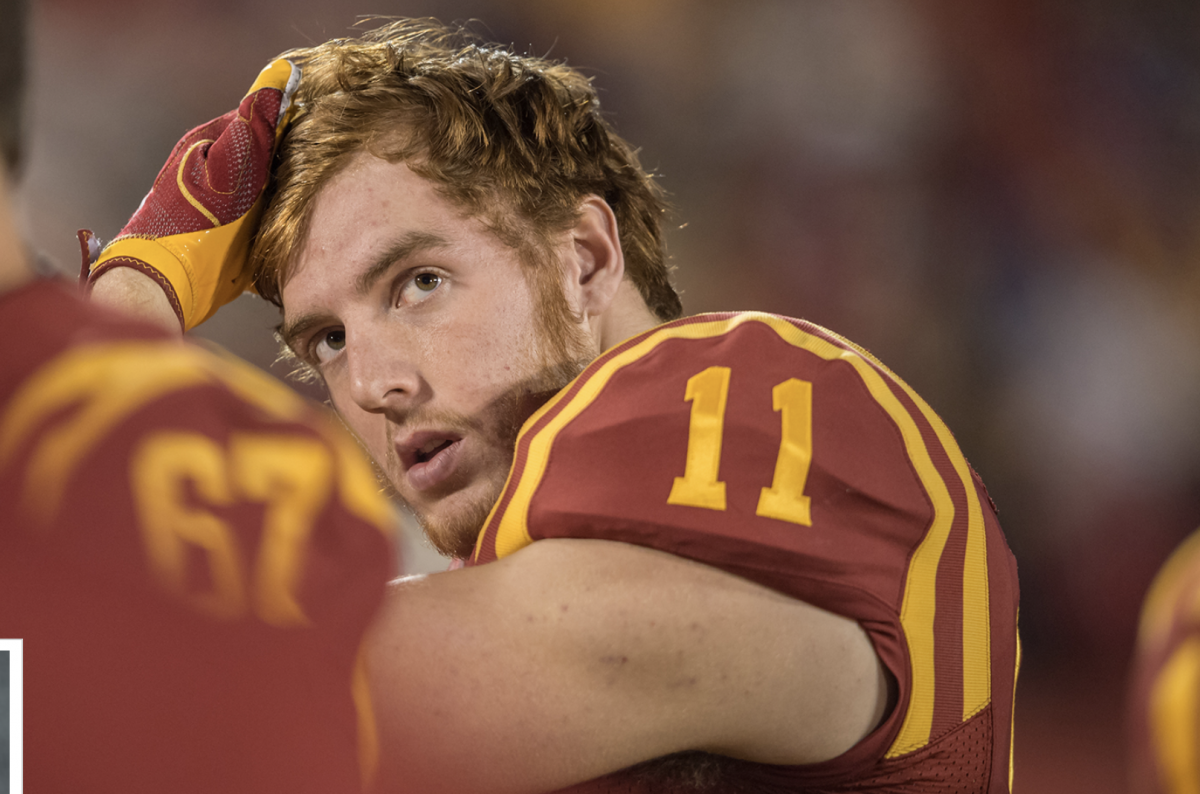 Then, the project begins.

“I think probably the biggest thing we tell those guys after we’re done recruiting them is we’re going to teach you how to block somebody,” Cyclones tight ends coach Alex Golesh said early in fall camp. “We’ve got to run the football. That’s priority number one for us as an offense. Teach them how to block and we recruit athletic kids that maybe have never really had to block. Teach them how to block and then develop them in the pass game when that time comes. But you’ve got to be able to line up and block people, whether it’s on the perimeter or in the box.”

“The reality of it is, that position’s like the offensive line,” ISU coach Matt Campbell said. “There’s such a physicality to that position as well that you want the growth and development to happen. Now you see Chase (Allen) … You see Charlie Kolar. … You see Dylan Soehner. … They’re maturing. And not only do they give you flexibility in the pass game, but in the run game, they allow that offensive line to create gaps ad help you do some things that we really haven’t had the ability to do. I think it’s huge.”

A three-headed monster? That’s what it’s becoming — as required, since the Cyclones’ development of quality depth up front remains very much a work in progress.

“We had a conversation (Thursday) with all the tight ends,” Allen said. “As far as the depth chart and all that, what really determines who’s starting is what play we’re running first, because we all have different talents and different strengths and weaknesses.”

We all know Allen, who surprised some by earning second team all-Big 12 honors last season largely because of his solid blocking skills. The 6-7, 240-pounder caught four passes for 39 yards last season — all but one of the tight end group’s total in 2017.

The other catch? That went to jack-of-all-trades “F” tight end/fullback hybrid Sam Seonbuchner, who remains a vital, yet oft-overlooked cog in the Cyclones’ improving offense.

“He has been physically mature enough over the last two years to help us,” Campbell said. “When we play good football he’s certainly been a key asset to us.”

Now everyone at the traditional, but still far-ranging tight end spot is poised to help out.

As Golesh noted, it starts with the run game, carving out extra space for tackle-shedding star David Montgomery and company. But the tall, tough and talented trio of Allen, Soehner and Kolar are well-positioned to account for more than the mere 1.7 percent of catches (5 of 300) the group totaled last season.

Soehner became a skilled blocker as last season wore on. Kolar didn’t see the field a year ago, but is primed to contribute this season as ISU seeks to spotlight tight ends more in the pass game.

“More than any position we’re all over the place,” said Soehner, a 6-7, 271-pounder. “We can be in the backfield. We can be attached at the line of scrimmage, out wide. … We’re literally all over the field.”

That’s because they’re all over each other, in a good way, in the meeting room.

Golesh said everyone must come prepared once the studying sessions commence.

Slip up mentally, someone pounces.

“You can’t BS your way through an answer there,” Golesh said. “They ask a question, you’d better know the answer. It’s fun. It keeps you on your toes as a coach and as a teacher. They want to know why, they want to know how.”

And they challenge each other, too.

Allen’s the headliner, but Kolar and Soehner are gathering steam.

“You get to compete with some of your closest friends, so you’re pushing each other, but it’s not like you’re pushing someone where you want them to fail,” Kolar said. “You want everyone to succeed, so it’s really good. Helps us all play better. Helps us be more close and play better on the field.”

Who will have the biggest impact? It might not be an either/or equation, which means an afterthought position in terms of offensive production may finally be ready to add numbers to augment the ground-up growth achieved behind the scenes.

“We look the part,” Golesh said. “We’ve learned the position. I think this is as close as we’ve been to what coach Campbell wants in the offense in terms of being able to block on the perimeter, block in line and in the backfield, and then finally being able to understand how to win one-on-one matchups and beat defenders.”

It’s as easy as A-B-C. Athleticism, blocking and catching. Putting it in practice is the harder — but ultimately fun and rewarding — part.

“We’ve got a group of smart guys, so I think we do a pretty good job,” Kolar said. “Just a little bit more to learn. Got to learn what everyone’s doing because what a lineman does affects you and what the receivers do affects you, so a learning process, but it’s going well.” 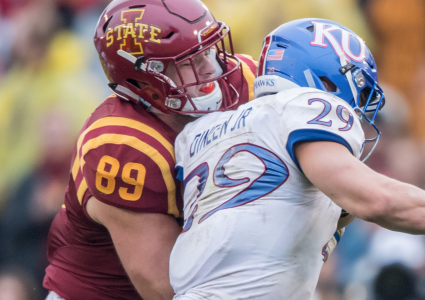