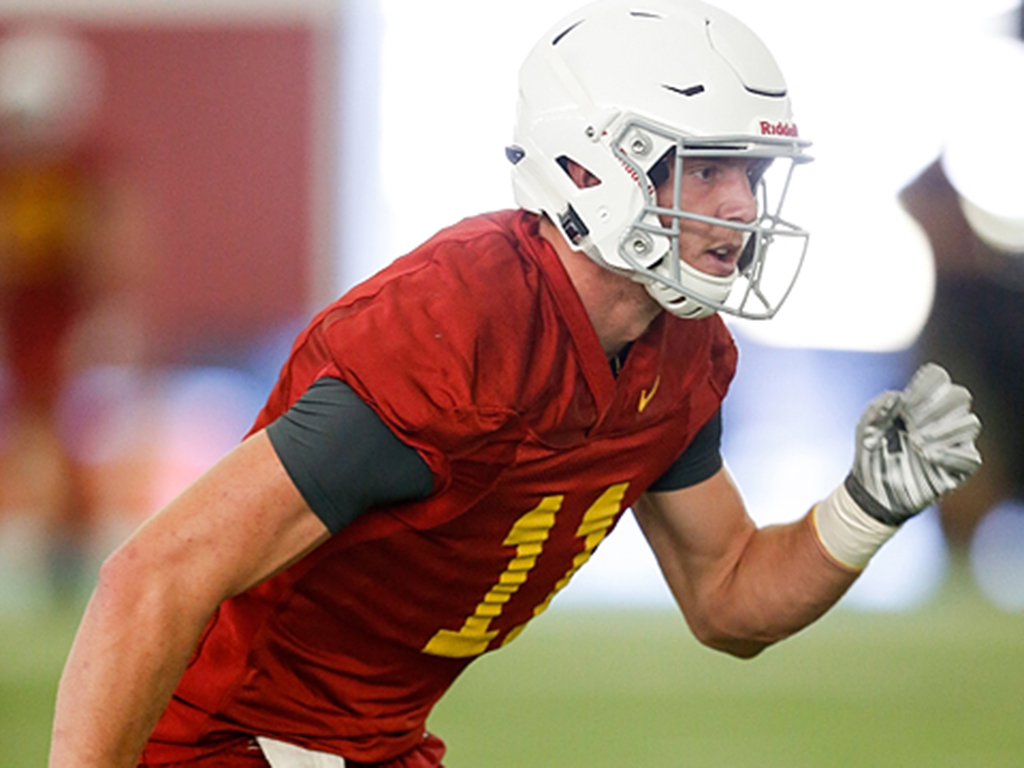 AMES — Chase Allen and his younger brother, Alex, arrayed their collection of remote-controlled cars in front of them.

Then the two mechanically-minded siblings dismantled them, in order to build something great.

The Cyclones’ tight end room ripples with budding engineers. Four of them, to be precise — and the tinkering and overhauling they’ll undertake this season should lead to considerably better production from the position.

Allen’s the headliner. The 6-7, 230-pound redshirt freshman chose ISU over offers from Michigan, Florida State and Oklahoma State, among many others. But he’s also guaranteed nothing, with fellow engineers such as Sam Harms, Sam Seonbuchner and true freshman Charlie Kolar also vying for playing time, along with physically-impressive fellow redshirt freshman Dylan Soehner.

Does that concern Allen? Nope. The opposite is true.

“It’s really exciting for us at the tight end position,” said Allen, who, as has been well-reported, was hit by a car and battled two major illnesses his redshirt season. “When (Cyclones coach Matt Campbell and his staff) were at Toledo, they had different packages where there were four tight ends in the game at the same time, so you’ve got guys like Dylan Soehner, who is very large and has gotten so much better this past summer and this past spring; and then Sam Seonbuchner, who comes back and had an awesome end of the year last year; and Sam Harms, who put about 15 pounds on this past summer — and he’s been great. We’re very close and he’s kind of taken me under his wing as a mentor, he’s an engineer as well. So this is exciting and we all look around and we hold our heads up and go, ‘Yeah, let’s make some differences here.’”

Many stellar ISU tight ends have done that before — from Keith Krepfle to E.J. Bibbs, but over the past two seasons, production has plummeted.

Cyclones tight ends have totaled 13 catches in 24 games since Bibbs graduated to the NFL.

Allen and Co. aim to return the position to one of prominence and all signs point to progress in that regard.

“At our previous place, we used the heck out of those guys,” ISU tight ends coach Alex Golesh said. “Mostly as scoring zone-type threats. I think they could be really, really big.”

That stress on the word “big,” applies to both physical and statistical matters.

Harms, currently listed as Allen’s top backup, has bulked up to 240-plus pounds. Seonbuchner’s at 232 and Kolar’s already pushing 240. Soehner’s the physical outlier here — in a good way. He stands 6-7 and weighs 271.

“Runs really well,” Golesh said of Soehner. “He’s kind of like, kind of a freak of nature a little bit. Guys like that shouldn’t run like that. He’s got really soft hands.”

Excellent traits, but Soehner is coming off shoulder surgery, joining Allen in rebuilding himself in order to compete in his second season on campus.

Same goes for the whole group, which plans to make its mark sooner rather than later.

“We’re going to have a lot bigger year this year,” Harms said. “A lot more weapons on the field.”

Still, quarterback Jacob Park must find them. He’ll look to the most sure-handed among a deep receiving corps led by Allen Lazard. For the tight ends to truly emerge, they’ll have to earn Park’s trust — and keep it.

“I think confidence with the quarterback is everything,” Golesh said. “And I tell those guys every morning, ‘Every ball you get, you better catch, or that’s one less ball you’re going to get.’”

Camp helps build that bond — sometimes, after it’s been broken down into parts. Allen’s already shown an acumen for that, by transforming ordinary machines into high-performance ones.

He’ll apply the same piecemeal, but effective approach to his own development. As for expectations? Full speed ahead.

“I enjoy the high expectations placed on me,” Allen said. “I have very high expectations for myself and I haven’t taken a snap yet, so I’m just trying to get out on the field, first of all, and earn a spot. Just do what I can most to help our offense.” 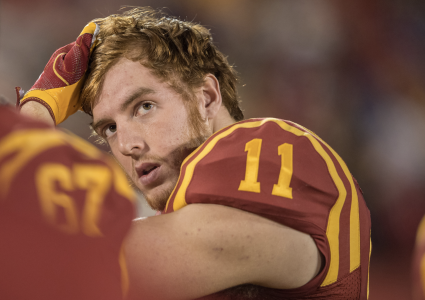 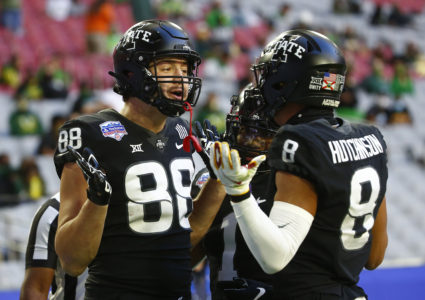 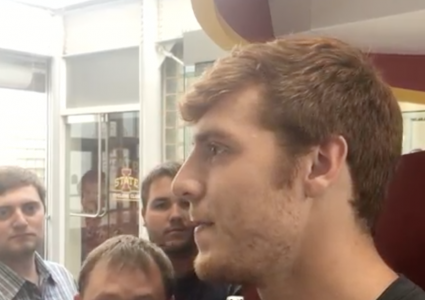