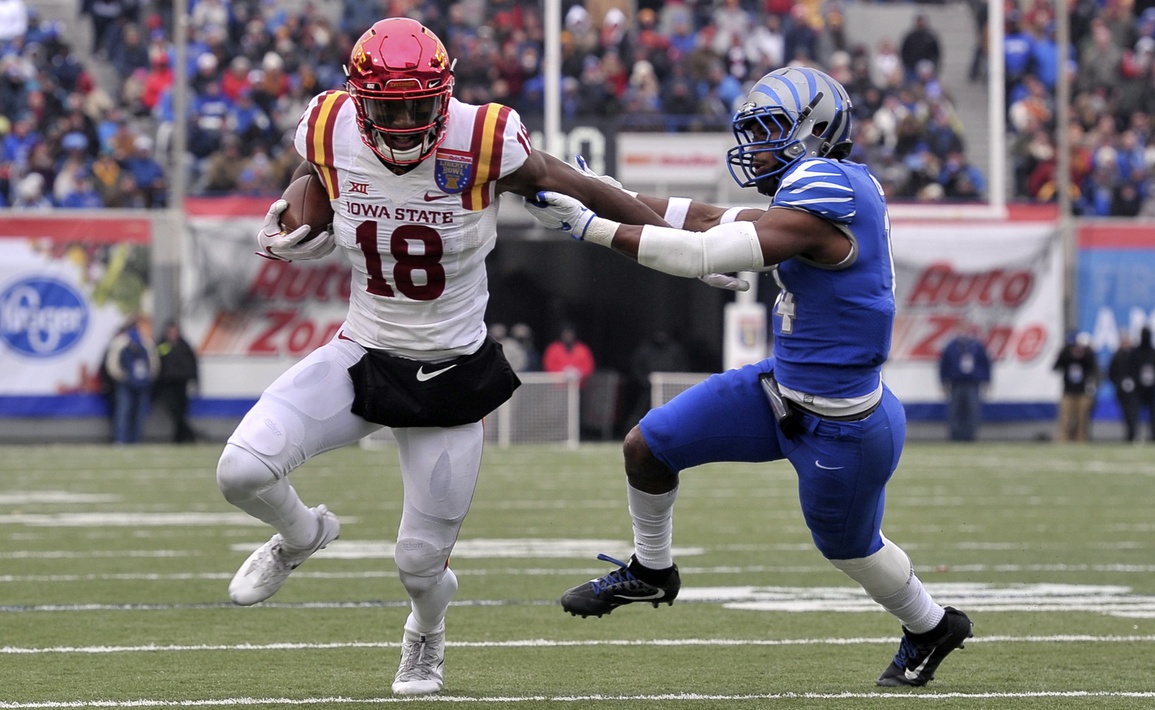 Hakeem Butler may have been in the shadow of Allen Lazard in 2017, but that has not stopped the rest of the country from taking notice of the junior’s freakish talents.

The 6-foot-6, 225-pound Baltimore, Md. native has been listed as the No. 25 biggest freak in college football by The Athletic‘s Bruce Feldman. The redshirt junior was an honorable mention All-Big 12 selection last season.

“Former Iowa State go-to guy Allen Lazard came to the Cyclones as a huge recruiting get, but keep an eye on Butler, a 6-6, 225-pound big-play man who accounted for four of the Cyclones’ six 50-yard plays last year: 74, 67, 57, 52,” Feldman wrote. “Butler has great length and size, but Iowa State coaches also rave about his nimbleness and hips that allow him to also play in the slot. Not many big guys have that kind of flexibility. His range, though, is super freaky with a 37-inch vertical and an 11-1 broad jump to go with all that size. He also has good strength for a wideout with a 340-pound bench and 450-pound squat.”

Feldman defines freaks as “guys who generate buzz inside their programs by displaying the type of rare physical abilities that wow even those folks who are used to observing gifted athletes every day,” a description that makes sense for Butler considering he is probably one of the most physically gifted players to come through Iowa State’s football program in recent years.

Butler caught 41 passes for 697 yards and seven touchdowns during his breakout sophomore season. He enters 2018 just outside the top-10 in program history for career touchdown receptions and is about 400 yards out of the top-10 for receiving yards. 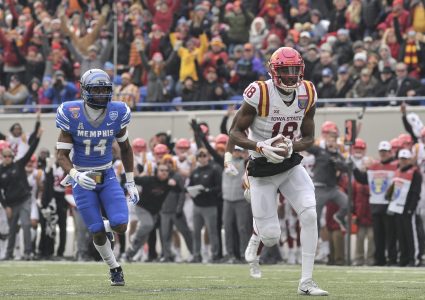