While Iowa State is barely to the mid-point of putting together its 2019 recruiting class, it has already gotten a start on 2020. The Cyclones landed their first 2020 commitment Thursday night when Minnesota quarterback Aiden Bouman announced his pledge to the Cyclones.

Thank you to @ISUMattCampbell and all of the amazing coaches at Iowa State. I’m so honored to be a Cyclone! #AStormIsBrewing pic.twitter.com/zajZ8rloJN

The 6-foot-5, 200-pound prospect has already been in Ames three times this summer, including participating in the program’s Thursday Night Lights camp. Iowa State is currently the Buffalo, Minn. native’s only scholarship offer, but he has reportedly drawn interest from North Dakota State and Minnesota.

Bouman will enter the Iowa State quarterback room one year after Kansas signal-caller Easton Dean, who is committed in the 2019 class. 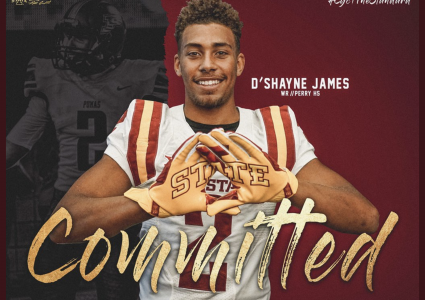