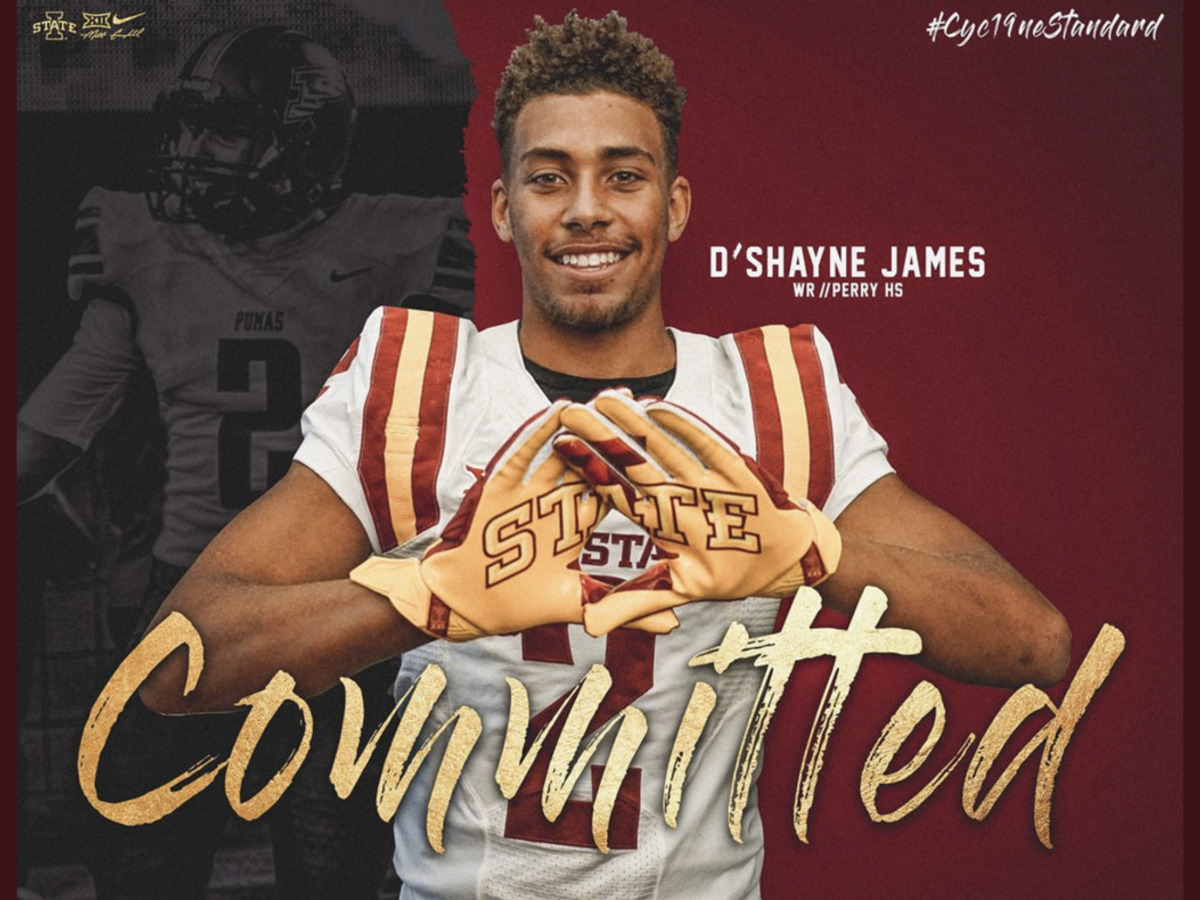 It is a blessing to say that i have committed to ISU thanks to the support of @CoachBGasser , @ISUMattCampbell , the rest the staff and my family i cant wait for what is to come #cyclONEnation #committed pic.twitter.com/M1mz4xEVgV

The Gilbert, Ariz. native chose the Cyclones over an offer from Northern Arizona. He has taken several unofficial visits to Ames this year, including attending the Cyclones’ win over No. 4 TCU at Jack Trice Stadium.

“Definitely had to do with the coaching staff and their drive to not only make their players the best football players they can be, but also the best human being possible,” James told Cyclone Fanatic in a message after his commitment. “They also give me the feeling of home in a sense so the main thing was comfortability.”

Iowa State now holds two commitments in the 2019 class with James and Valley, West Des Moines offensive tackle Jake Remsburg. There is also the potential to add another on Tuesday when St. Louis athlete Maurice Massey announces his college decision.

Stay tuned to Cyclone Fanatic for more recruiting news throughout the day.