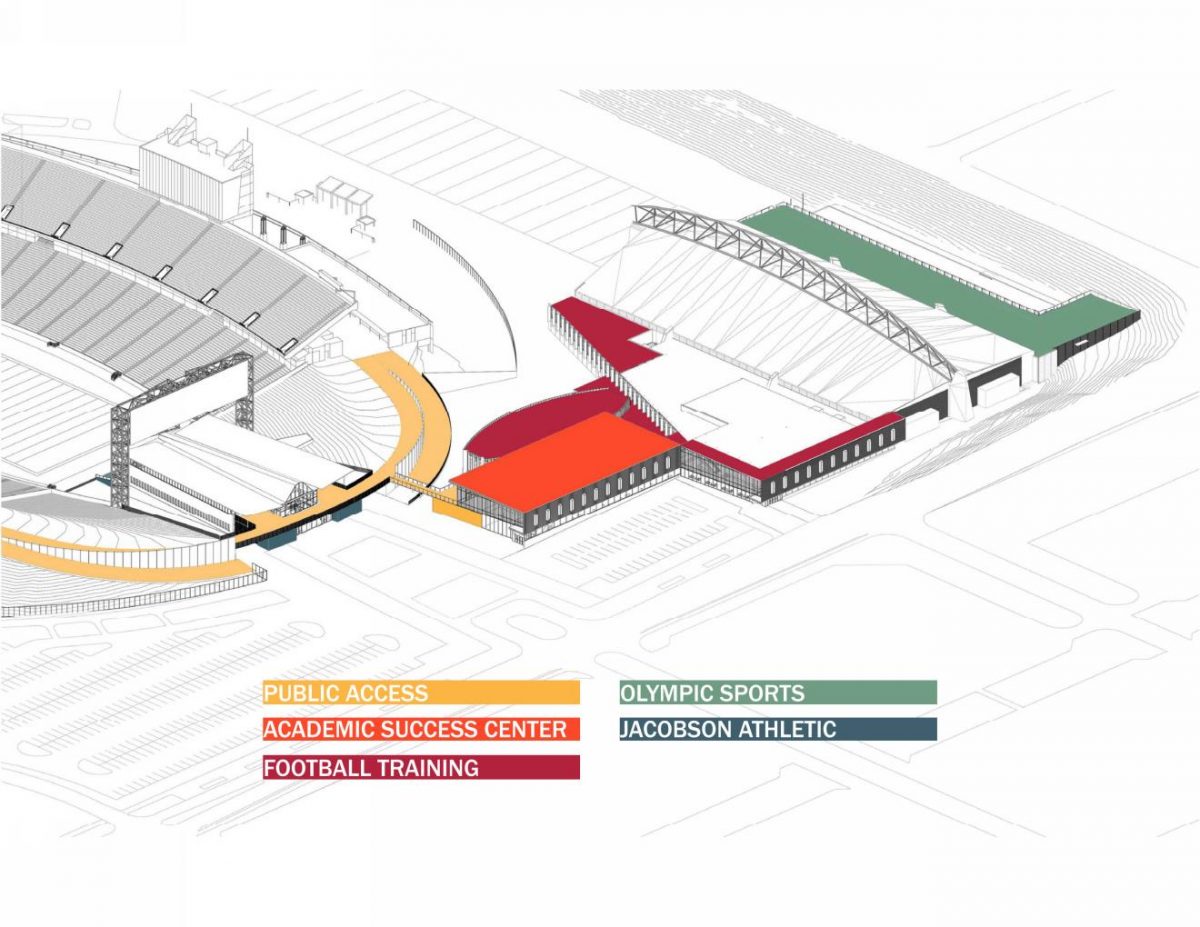 The image above is a rendering of the proposed changes to the Bergstrom Football Complex, Jack Trice Stadium and the surrounding area. (Courtesy: Iowa State Athletics)

AMES, Iowa – The Iowa State Athletics Department received permission from the Board of Regents at its meeting today to continue with planning for the creation of a sports performance center, an expansion of the Bergstrom Football Complex, an improved Jack Trice Stadium north entrance as well as new team areas for several Olympic sports.

Iowa State will need to get final approval of its financing plan for the $65-80 million project prior to beginning any phase of construction.

“Today’s approval is the first step in our vision to continue providing our student-athletes the most competitive, efficient and state-of-the-art facilities possible,” Director of Athletics Jamie Pollard said. “We’re confident this project will allow us to service and support our students in ways never done before at Iowa State and to compete at the highest levels. The creation of a sports performance center will allow us to expand our academic support facilities while also substantially improving the services we can provide to all of our student-athletes in the areas of nutrition, wellness and recovery.”

Having the services in a centralized location has huge benefits according to Pollard.

“Being able to consolidate academics, nutrition, sports medicine, strength and conditioning and practice under one roof for the first time in the history of our football program is fundamental to competing with the nation’s best programs,” Pollard said.

The overall project will include construction of a new student-athlete academic and sports nutrition center, expansion of the Bergstrom Football Complex and redeveloping the north entrance and hillside seating at Jack Trice Stadium. The complex will be adjacent to the Bergstrom Football Complex. The construction will also include demolition of the Olsen Building and development of a facility on the west side of the Bergstrom Facility to house several other Cyclone sports. A grand plaza/stadium entrance will occupy the footprint currently occupied by the Olsen Building.

The project will be funded through a combination of revenues generated by the athletics department’s annual operations and generous contributions from donors to athletics.

“It is imperative that we meet our fundraising goals for this project (estimated to be $25M) in the near future so that we can get the necessary approvals to begin construction,” Pollard said.

The football piece of the complex will include a 12,000-square foot locker room, team lounge/gathering space and expansion of other functional areas of the facility.

The academics center will include almost 20,000-square feet, which is nearly double the space athletics presently occupies in the Hixson-Lied Student Success Center. Relocating academic services nearer the Jacobson Building provides student-athletes better access to parking and brings life skills programming closer to other operational units in the department improving synergies and efficiencies.

The creation of a sports nutrition center is key to continued success for the Cyclones. New NCAA rules allow providing additional support to student-athletes, especially in the area of nutrition.

Pollard noted there is a strong case for donor support, but it will take financial assistance from all levels of the fan base to proceed.

“As Coach (Matt) Campbell likes to say, ‘we’re raising the standard’,” Pollard said. “We are appreciative of the Regents’ support for our vision and now we’re moving into the design and funding phases of the project.”

Emphasis on nutrition could open the door to sports performance center 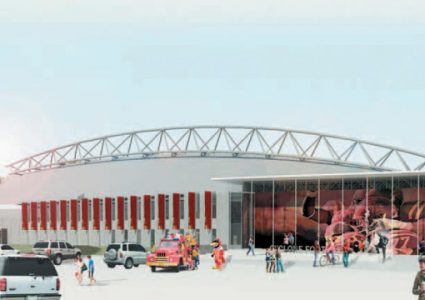