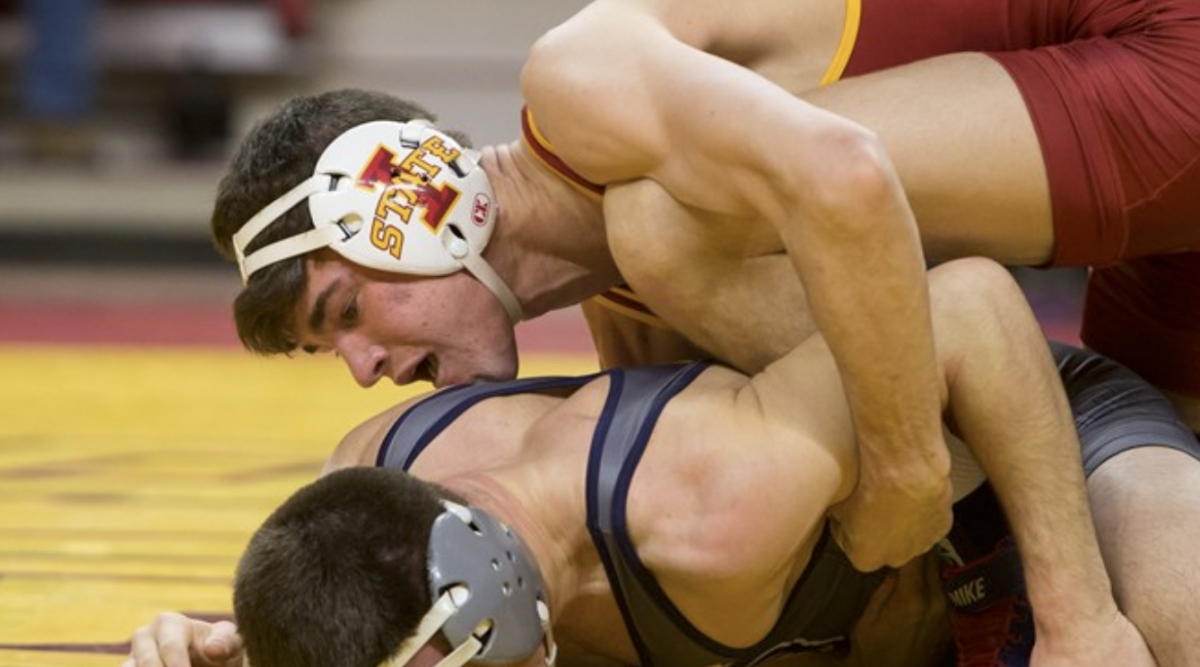 TULSA, Okla. – Iowa State’s redshirt freshman Jarrett Degen has qualified for the NCAA Championships at 149 pounds. After receiving the No. 4 seed for the Big 12 Championship, Degen wrestled to a third-place finish claiming one of the automatic qualifying spots at his weight.

After the third session, the Cyclones were in seventh place with 51 team points. OSU held the overall lead heading to the finals at 127 team points.

Degen was the Cyclones’ top finisher, taking third at 149 pounds. He had already qualified for the NCAA Championships with his win in the consolation semifinals, but a 20-5 technical fall against Wyoming’s Sam Turner was the exclamation point on his tournament.

After falling to the fifth-place bout, Parker closed the championship on a high note. He was pitted against OU’s Mike Longo. Parker led the match 2-1 after two periods, but Longo owned over a minute of riding time and began the third period on bottom. Parker was able to keep the Sooner on the mat for two minutes and took fifth place behind a 2-1 victory.

With an automatic qualifying spot for the NCAA Championships on the line, Straw squared off against SDSU’s Luke Zilverberg. Ultimately, Straw was unable to overcome Zilverberg’s third-period ride and fell to the Jackrabbit 2-0.

The heavyweight third-place match was also for a trip to Cleveland. Harrington took on Utah Valley’s Dustin Dennison. Harrington tied the match at 5-5 in the second period, but a Dennison escape to begin the third would be enough to take the match, 6-5.

To begin the day, Degen, Straw and Harrington all picked up victories to advance to their third place matches.

At 149, Degen defeated Air Forces Dane Robbins by 9-5 decision, which solidified his spot for the NCAA Championships.

Straw gutted out a 6-5 decision against Alex Mossing of Air Force. The Winthrop, Iowa compiled 1:53 of riding time in the match, which proved to be the difference in the contest.

Parker and Pestano fell in the consolation round of four. Parker dropped a 3-2 match against UNI’s Josh Alber and Pestano was defeated by OSU’s Keegan Moore by 3-2 decision, as well.