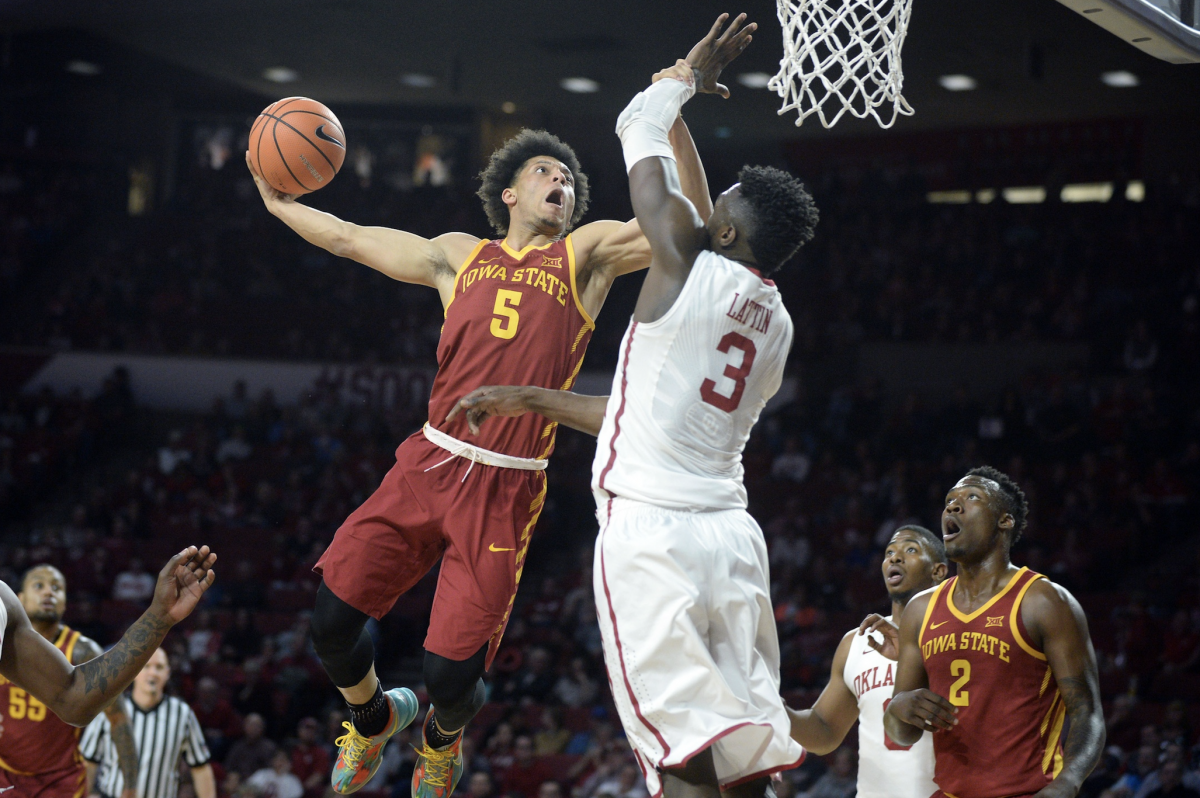 Earlier this week, Lindell Wigginton announced his intentions of testing the NBA Draft waters without hiring an agent. This is not unexpected and not unfamiliar to recent Cyclones. Both Monte Morris and Denote Burton “tested the waters” two offseasons ago and both elected to come back to Iowa State. This is going to become a more common procedure as the NBA changed the rule back in 2016 to move the date of withdrawal from April to late May or early June. This change has allowed potential NBA prospects to get additional feedback from NBA personnel and potentially get invited to the NBA Draft combine in Chicago.

The Draft combine is the most significant part of the early entrant process and thus Lindell Wigginton’s next few months. Last year, 67 prospects were invited to participate in the NBA Draft combine. These invites are extended in late April and the combine is scheduled to be held May 16-20.

As a quick aside, the NBA Draft rankings you may see across the internet are less than scientific. I wouldn’t put much belief in any ranking structure you see outside of the top 15 names or so.

ESPN.com’s Jonathan Givony (who is the preeminent NBA Draft guru and the one guy who I would trust) reported that Wigginton is a “strong candidate to receive an NBA combine invite.”

Keep in mind, Monte Morris and Deonte Burton didn’t participate in the combine when they tested the waters.

If Wigginton does receive a combine invite, it becomes a waiting game and a matter of how Wigginton performs in the eyes of the NBA folks. The combine does physical measurements such as height, wingspan, vertical jump, etc. as well as basketball skills and full-on scrimmages. Often, the perceived lottery picks won’t participate in the scrimmage portion, but players get direct feedback where they stand in relation to other prospects.

Of the 14 early entrants that didn’t have an agent that were invited to the NBA combine last year, six came back to college this season, including Texas’ Andrew Jones and Kansas’ Svi Mykhailiuk.

Early entrants like Wigginton would then have until June 10th to decide whether to stay in the Draft or withdrawal their names. The NBA Draft is June 21st.

Along with the combine, prospects have the ability to work out individually and with small groups with NBA teams. This allows even more feedback on their Draft viability.

The NBA is an interesting animal in that athleticism and potential outweigh college production. So just because a guy like Kansas’ Devonte Graham put up massive numbers and is a potential College Player of the Year, doesn’t mean he is preferred over a less developed, younger player with more upside. In my opinion, Wigginton has the tools to really impress in a combine setting when measurements are a factor and when matched up athletically with other guards.

The NBA isn’t necessarily looking for polished players with experience. They want someone with the physical tools that can be molded. The fact Wigginton had high turnover numbers and struggled at times as a pure point-guard aren’t complete deal-breakers. That said, there is a fine line between being a first round draft pick and a second rounder as only first rounders get a guaranteed three-year deal. Second round picks are at a significant disadvantage of sticking in the league.

Long story short, this will be a critical two months for Wigginton’s future. Odds are he will be back for his sophomore season, but nobody really knows what the NBA feedback and thus Wigginton’s intentions may be.