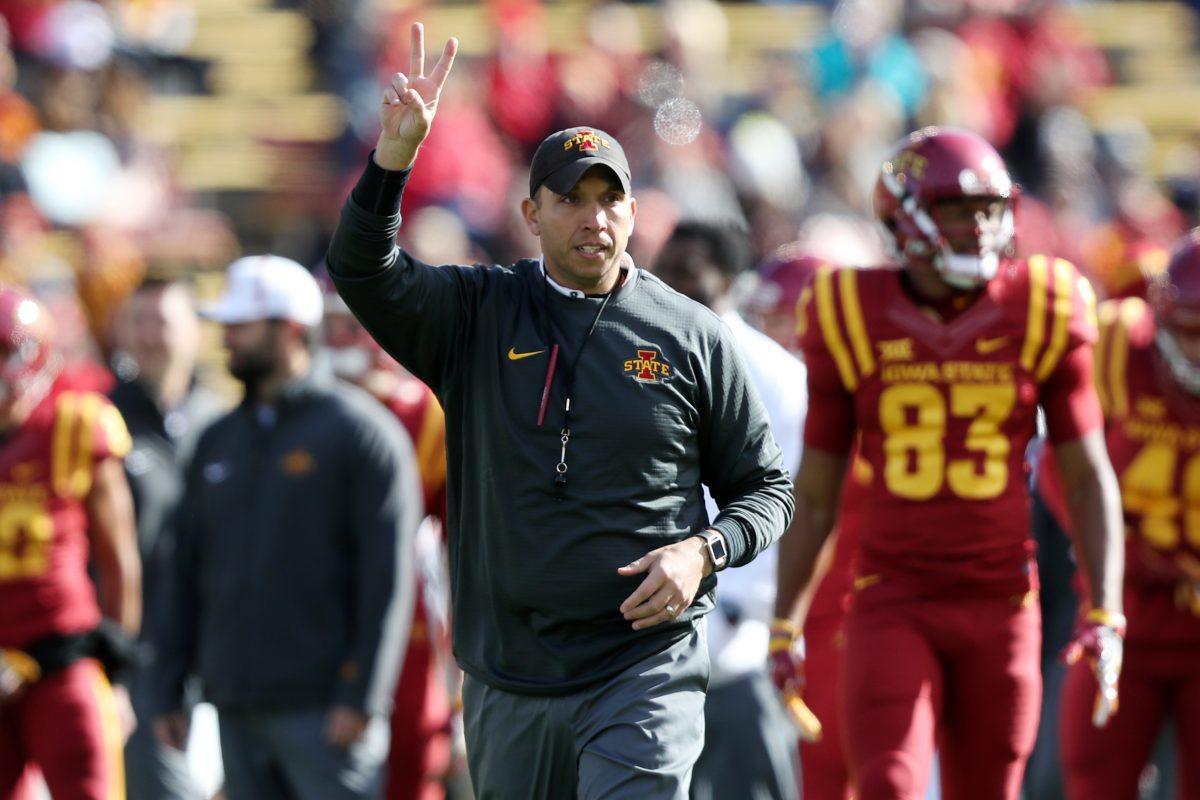 AMES — Matt Campbell does not know if he will name a new offensive coordinator.

When Tom Manning left the Iowa State football program to become the tight ends coach for the Indianapolis Colts, it left two openings on the Cyclones’ coaching staff. One of those holes was filled by the promotion of Jeff Meyers from graduate assistant to offensive line coach.

The other one, well, it might not get filled at all — at least not in the traditional sense.

“I think we’ll just wait and see,” Campbell said on Friday following the announcement of the offensive staff changes. “The reality is, it’s really since the last 10 years from me being the offensive coordinator to make being a head coach, it’s really been a collective effort. Even back to our days at Toledo to our first two years here. We’ve got some really sharp young guys in that office.”

“(Wide receivers coach) Bryan Gasser’s obviously been with me a long time. Bryan’s a sharp young guy. (New quarterbacks coach) Joel Gordon kind of moving into his role. It’s kind of why we hired him for the opportunity that he’s been an offensive coordinator in our system. Knows our system really well. Then obviously (tight ends coach) Alex Golesh has been with us a long time. I think we’ve got a lot of guys that certainly add value so I think that’s almost a cliche role that we’ve had to be honest with you. My input and my ability to be involved with it as well and really always have been. We’ll kind of wait and see on that exactly what we do. Maybe once we come out of spring we’ll have a better idea of exactly will that term be used somehow, some way, but I think the leadership from guys like Bryan and Joel and those guys will be really critical for our offense going forward.”

Matt Campbell on the decision to not name an offensive coordinator yet in this CFTV. pic.twitter.com/AIDewfbd9Q

Perhaps the most enlightening tidbit from that quote is Campbell’s acknowledgment of his input on the offensive side of the ball. It isn’t overly surprising when you consider Campbell’s background as an offensive line coach then offensive coordinator, but it seems unorthodox for a head coach to be so hands-on when it comes to calling the plays on offense.

While Manning was the one given the title as the program’s offensive coordinator, it is becoming clear the creation and execution of Iowa State’s offensive scheme have been a group effort spearheaded by the man at the top.

“I’ve been actively involved in that since I was the head coach at Toledo,” Campbell said. “So not a lot has changed or really will change. I’ve certainly had all the input and really been involved with that in a lot of ways. But been really fortunate to have guys like (former Toledo OC and now Rockets head coach) Jason (Candle) and Tommy who have been with me a long time and knew it and now fortunate to have guys like Bryan and certainly some of those guys who have been a part of this with me as well.”

It is pretty hard to argue with the approach when you consider the success Iowa State’s offense has had in the time since Campbell arrived in Ames. The staff has put together two of the most explosive units in program history and figures to have all the tools to do something similar in 2018.

If it takes an unorthodox approach to have that success, then so be it.

Plus, it has certainly struck new running backs coach Nate Scheelhaase as a unique and positive thing for the staff moving forward. 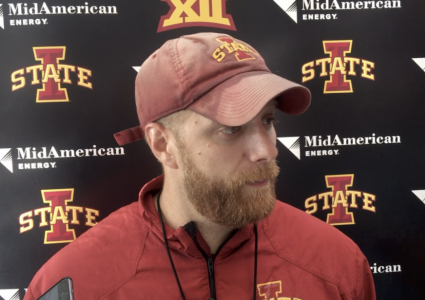