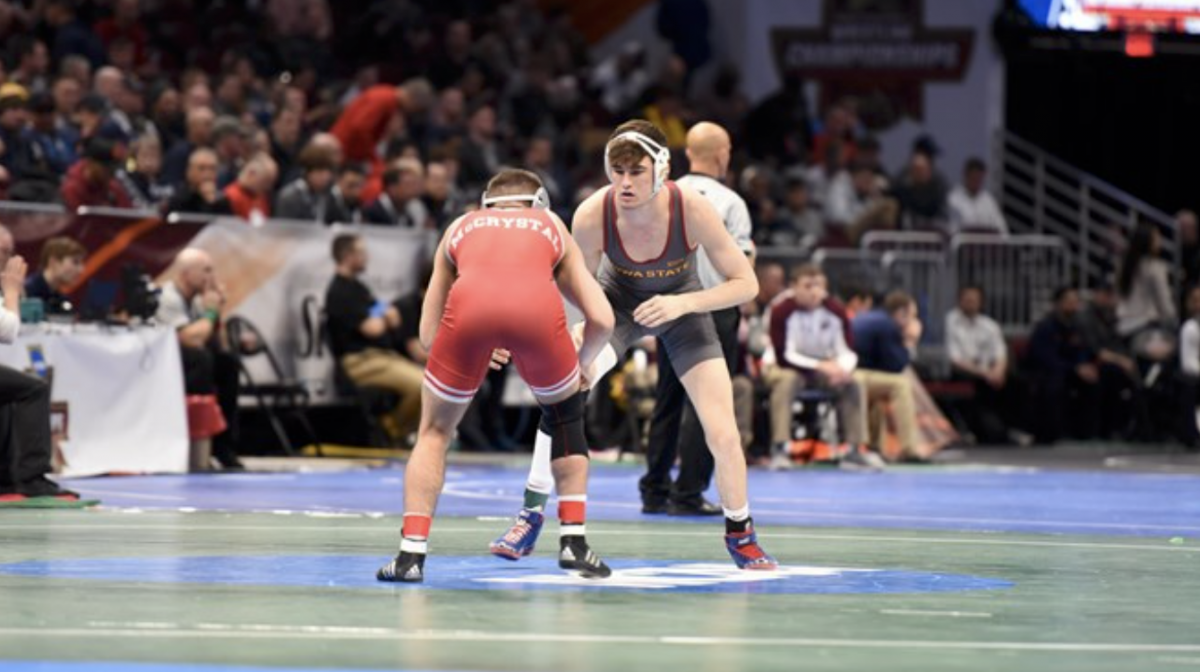 CLEVELAND, Ohio – At 149 pounds, Jarrett Degen has reached the round of 12 at the NCAA Championships. The redshirt freshman will wrestle Friday night against Arizona State’s No. 10 Jason Tsirtsis for a shot at the podium.

To reach the blood round, Degen first defeated Minnesota’s Steve Bleise by 9-7 decision in sudden victory and then dominated Virginia’s Sam Krivus by 8-0 major decision.

Wrestling resumes from Quicken Loans Arena tonight with the semifinals and round of 12 at 7 p.m. CT. You can watch it on ESPN and Watch ESPN.

How it Happened
To reach the blood round, Degen curised past UVA’s Sam Krivus. The redshirt freshman jumped out to an early first period lead on a takedown. In the second, he padded his lead with an escape and another takedown

Krivus took injury time between the second and third periods, which awarded Degen another point. Degen notched a third period takedown, finishing the match with 3:08 of riding time and an 8-0 victory to advance.

Degen advanced on the backside of the bracket with a 9-7 win in sudden victory over Minnesota’s Sam Krivus. In the first period, Krivus and Degen exchanged takedowns and Degen held a 3-2 advantage heading to the second.

Degen began the second period with an escape, but Krivus was able to take Degen back down and ride him out to close out the period. Through two periods, Krivus and Degen were tied 4-4, but Krivus had over a minute of riding time.

The two 149-pounders started the third period neutral. Krivus struck on another attack, pulling ahead 6-4. Degen shook free and notched a takedown with less than 10 seconds remaining in the period to force overtime. In the extra period, Degen came out on top in a scramble to win the match, 9-7.