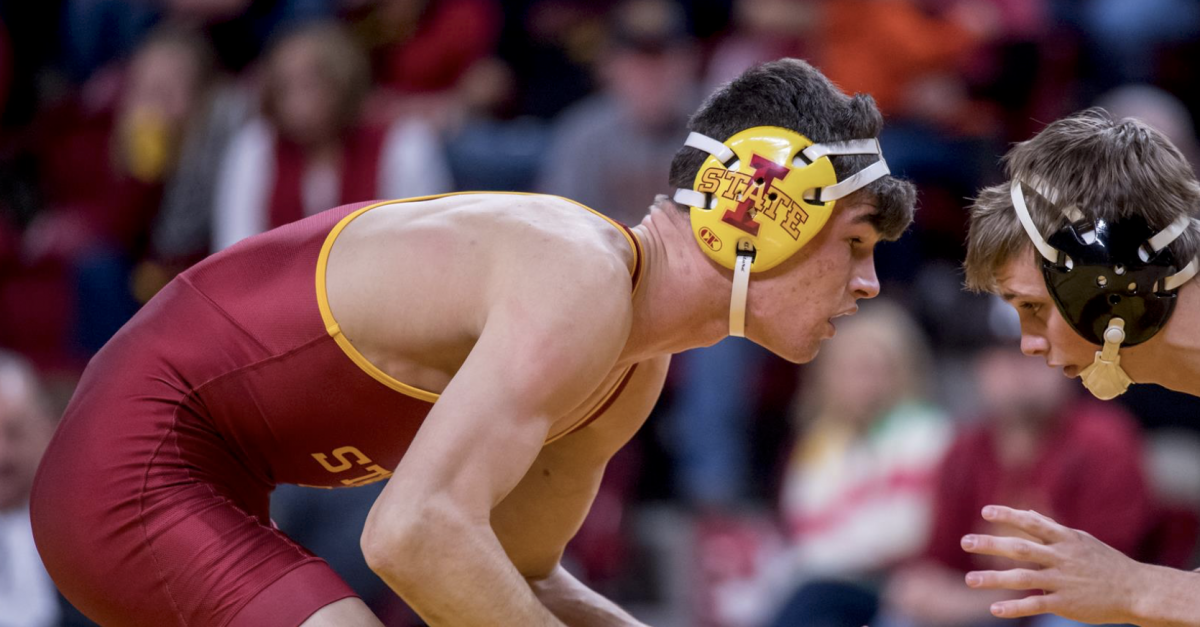 AMES —  Jarrett Degen has had a successful freshman season, that’s no secret. Degen has been the most consistent member of a team that struggled in that capacity.

Degen will be coming into this weekend’s NCAA Tournament with an overall 20-9 record and is Iowa State’s first NCAA qualifier at 149 since 2015.

When asked about his competitor, Degen said he hadn’t watched much tape or done much research. He’s kept all of his focus on personal training. The one thing Degen has heard about McCrystal is his technique.

“I heard he likes under-hooks and obviously I like over-hooks, so we’ll have to see see how that one goes,” said Degen. “I’m excited for this match.”

Kevin Dresser and his staff expressed excitement about this weekend and what is in store for their 149-pounder.

“The NCAA championships in the sport of wrestling is an exciting time,” said Dresser. “I believe strongly that when you do the right things you get rewarded.”

McCrystal is a two-time NCAA qualifier and didn’t have a full break through in his career until 2016-2017 season when wrestling at 141 before making the jump up to 149.

The matchup is interesting when noting that these two guys have contradicting wrestling styles. Degan’s footwork will be key. If he has really cleaned up his technique, Degen has a real shot at a first round victory.

“He’s been around me and he’s been around the coaching staff enough to know that he has to focus on one thing and that’s the Nebreska guy at noon,” said Dresser. “That’s where our focus is right now. Nothing further, nothing before or after.”