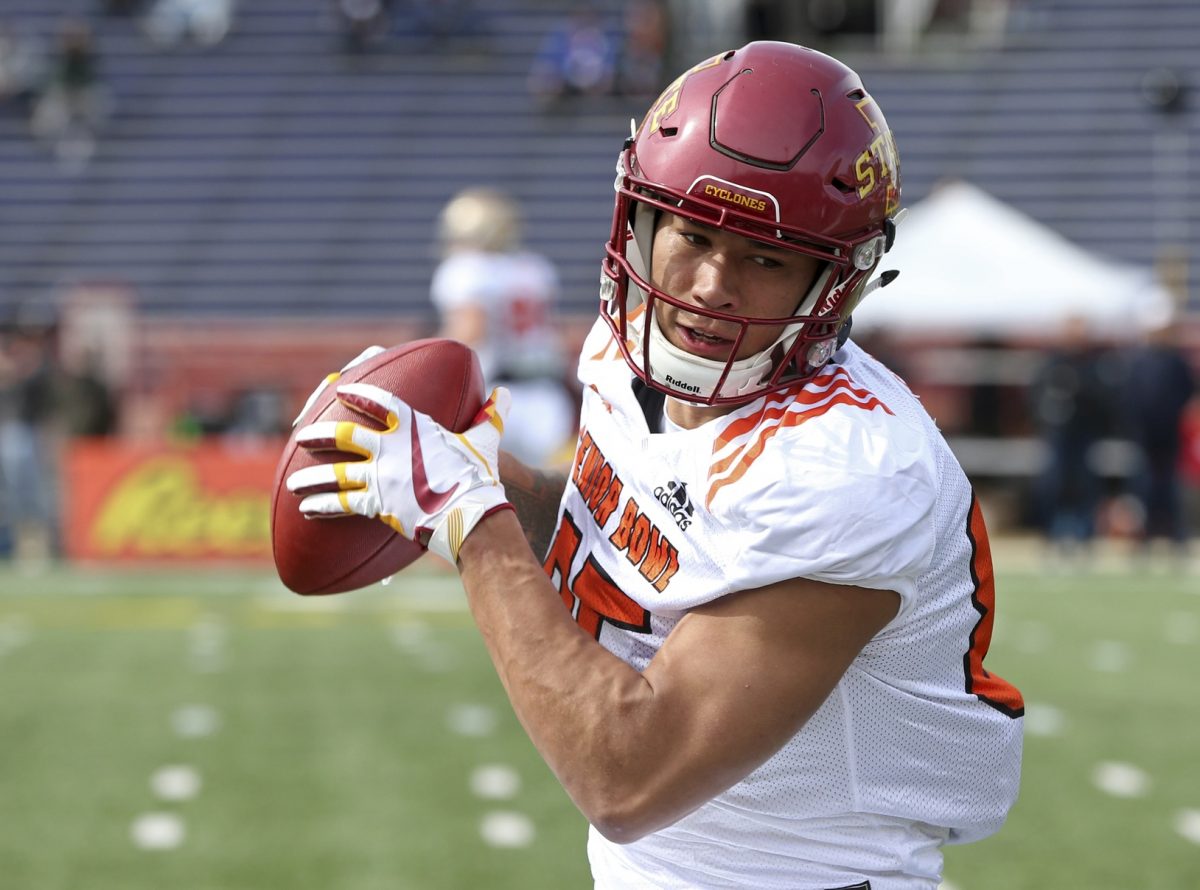 After standing out at the Senior Bowl last month, Allen Lazard is headed to Indianapolis. The Cyclones’ all-time leader in receptions and receiving yards will participate in the NFL Draft Combine from Feb. 27 to March 5 at Lucas Oil Stadium, according to NFL.com.

Lazard, who was the only Cyclone invited to Indy, is projected as a fourth or fifth-round pick. He has been training in Arizona since competing at the Senior Bowl in Mobile, Ala.

“Lazard has been a productive, four-year player who relies on his size and strength to muscle Big 12 cornerbacks around when making the contested catch,” NFL.com’s Lance Zierlein wrote in his scouting report of Lazard. “Lazard is a possession receiver, but his lack of play speed and athletic ability could make separating from NFL cornerbacks a difficult challenge. With his size and toughness, a switch to pass-catching tight end might give him a better shot at having a productive NFL career.”

Iowa State has not had a player selected in the NFL Draft since Jeremiah George in 2014. A Cyclone offensive skill position player has not been selected since Seneca Wallace in 2003. 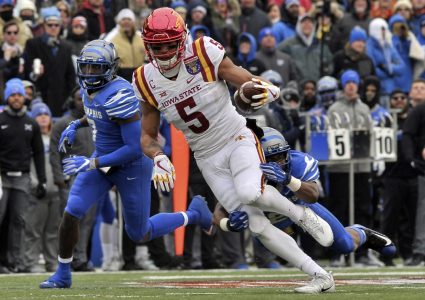