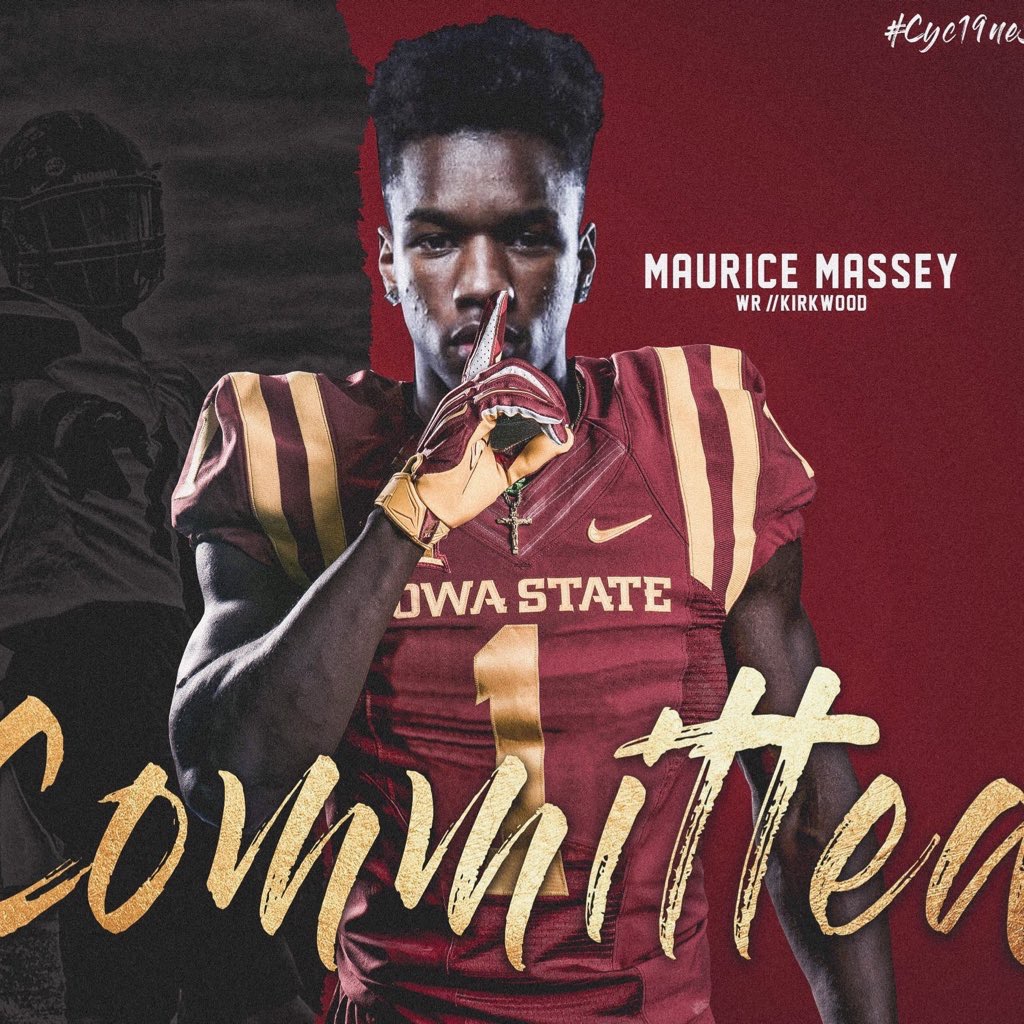 Massey is considered the No. 60 wide receiver and No. 8 prospect in the state of Missouri by 247Composite. He’s the No. 397 player in the class overall.

The St. Charles, Mo. native chose the Cyclones over offers from Kansas, Iowa, Illinois, Boston College and a few others. He is Iowa State’s third 2019 commit in the past eight days.

Sean Foster is the only recruit Iowa State has picked up in the Matt Campbell era rated higher than Massey. The Cyclones’ class is currently ranked No. 32 nationally early in the 2019 cycle.