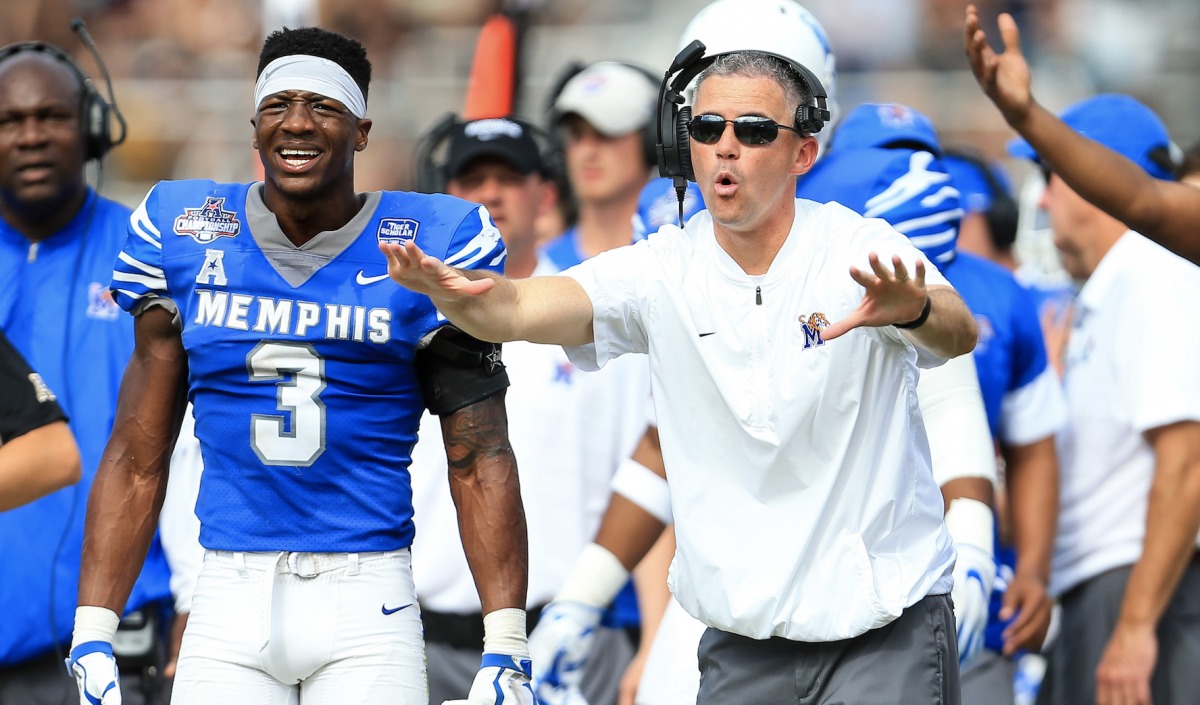 I analyzed the Memphis offense and defense and have analyzed Iowa State all season. So, I should have a pretty good feel for how the game will play out and who should win.

This is a toss up in my opinion. Both teams have advantages against the other and both have phases of the game where if there is a toehold gained then things can get out of hand.

Memphis thrives on turnovers. Iowa State does not turn the ball over. Iowa State presents a coverage and blocking mismatch with their wide receivers and Memphis struggles with interior coverage. The Memphis lead back runs for 8 yards per carry, Iowa State gives up 3.5.

Because of these contrary forces, the motivation and preparation factors set in. Memphis is at home, playing in front of the largest crowd they will have played in front of and their coach is always prepared. Matt Campbell, rightfully so, approaches a bowl game intensely and will be prepared.  Call it a wash.

So, how about some what ifs and some keys to the game for both teams.

Iowa State wins if the offensive line has progressed during the bowl practices. The offensive line must be able to stalemate and close down the gaps against the Memphis front. If they do not, then Memphis will shoot gaps and David Montgomery will have to be superman to find effective yardage (good thing he is).

If the Iowa State line is able to control and wear down the Memphis front, then Montgomery will be able to grab momentum by physically driving the ball down the field. In addition, the play action passing game and the possibility of one-on-one matchups on the outside will be available.

Iowa State wins if they triangulate and tackle. The defense must hit and keep the ball in front of them. They cannot chase because they just aren’t as fast as Memphis is. Tackle well with multiple defenders and Memphis will have to be more patient than they are comfortable being.

Memphis wins if the Tigers force multiple turnovers. David Montgomery is unlikely to fumble. Iowa State receivers need to make sure they cover the ball on runs after the catch. In addition, Kyle Kempt needs to remain careful with the ball. The Memphis corners are solid and the secondary as a whole has good hands. Extra possession for Memphis means they win.

Memphis wins if it stops the run. By stop the run, I mean stone the run. Iowa State has survived running the ball at a 3.5 yard per carry clip. If Memphis can do better than that then Iowa State becomes one dimensional and easy to defend.

Memphis wins if it can isolate Iowa State’s safeties in coverage. Iowa State’s safeties are porous in deep coverage when they are isolated. The biggest adjustment to the defense this season was the ability to have three to five defenders in the deep coverage zones. If Memphis can run Mahue, Miller, or Magnifico in to the deep zones, then there are big plays awaiting them.

I expect Memphis to play as they always do. However, I believe they will use Pollard, Henderson, and Taylor as receivers out of the back field more often than we have seen in the past. The Iowa State defensive set is vulnerable to delay routes out of the backfield and chip routes run by the tight ends.

Iowa State will need to counter that action and tackle very well with great pursuit angles in order to slow down the delayed and misdirection routes Memphis will throw at them.

Iowa State will look methodical and I have an expectation that David Montgomery will be a nightmare for the Memphis defense. They do not tackle well and that is straight poison against a back like Montgomery.

Iowa State will need to resist the temptation to air it out to keep up. Stay patient, let Montgomery and the big receivers pound on Memphis and let the defense work its way in to a position to get stops.

I expect special teams to be critical. Pollard is a threat as a return man and the Memphis coverage teams are solid. Iowa State has to cover well and getting a big return could be momentous in an otherwise tight ball game.

Overall, this is a 75 to 85 point game in my opinion. I believe Iowa State’s Big 12 experience has better prepared them for the match up than Memphis’ AAC schedule. I think that is the difference. I like Iowa State 41-38 hanging on for dear life late in the game. 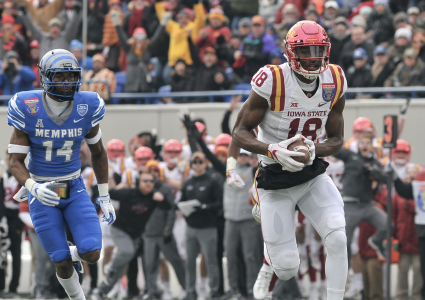 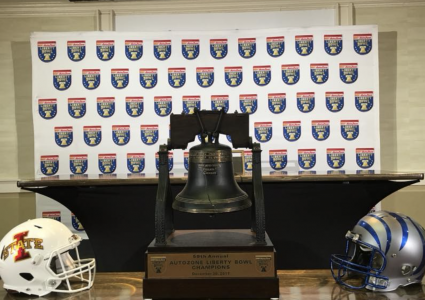