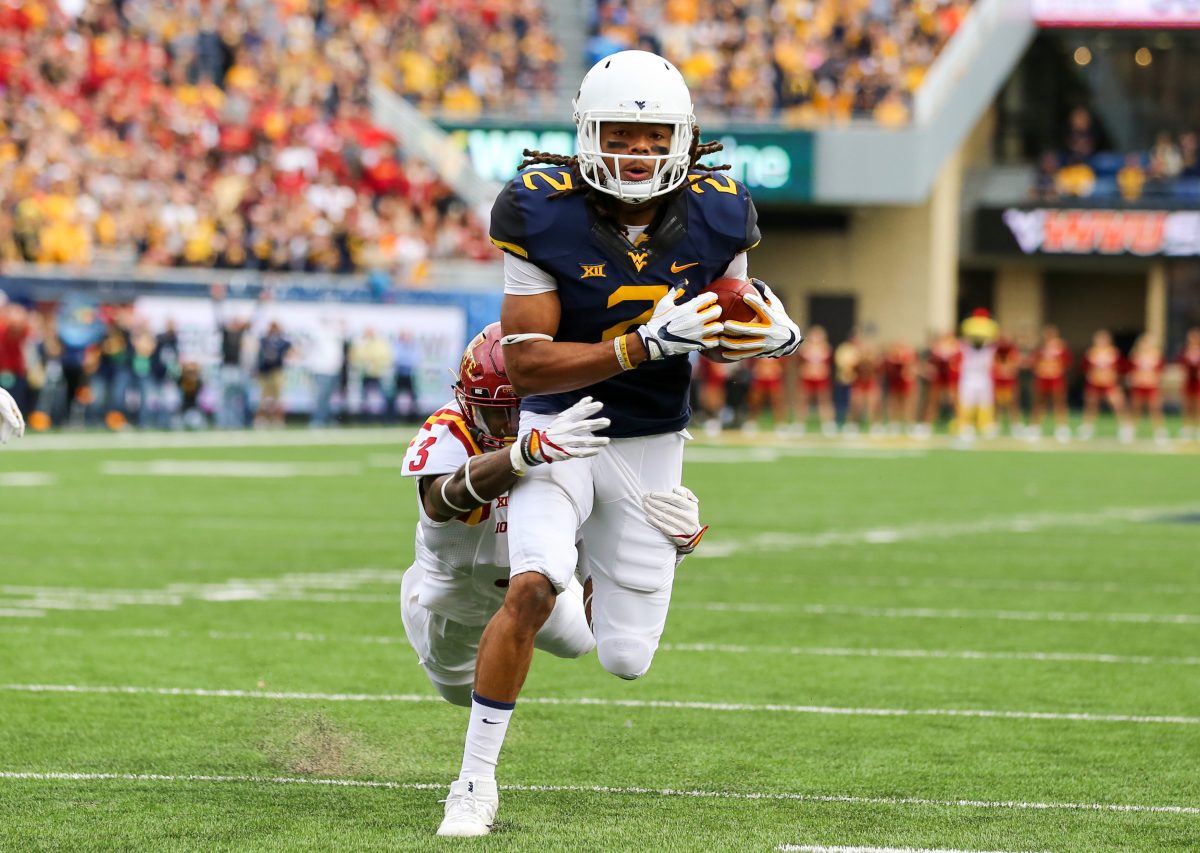 The chances were there, but the magic Iowa State had spun for the past month did not travel to Morgantown.

It all added up to a 20-16 Iowa State loss to West Virginia, dropping the No. 14 Cyclones to 6-3 and 4-2 in the Big 12 with explosive Oklahoma State set to visit Ames next weekend.

The Mountaineers came out of the gates firing as Will Grier connected with Ka’Raun White for a 63-yard gain on the third play of the game to inside the Iowa State 10-yard line. One play later, Grier hit star pass catcher David Sills for their 16th touchdown connection of the year.

Iowa State’s ensuing drive lasted only three plays before walk-on quarterback Kyle Kempt‘s screen pass attempt to David Montgomery was intercepted by the West Virginia defense. Grier, who finished 20-of-25 passing for 316 yards, two touchdowns, and an interception, then led the Mountaineers back to the Iowa State red zone where Evan Staley hit the first of his two field goals in the game.

“We knew what they were going to do coming into the game and they stuck to it,” Kempt said to the Cyclone Radio Network after the game. “It was really on us executing. We didn’t execute what we needed to in the first half. When we needed to in the end, we couldn’t either.”

West Virginia’s lead was pushed to 17-points with a 55-yard touchdown reception from Grier to White on the first possession of the second quarter. It reached 20-points with Staley’s second field on the next Mountaineer drive.

Iowa State, which was out-gained 524-350 in total yards, made its first chip into the lead with a 42-yard Garrett Owens field goal late in the first half.

Kempt, who completed 27-of-40 passes for 249 yards, a touchdown, and an interception, engineered an 86-yard touchdown drive capped by a one-yard pass to Allen Lazard on the first drive of the second half. The lead was cut to single-digits with Owens’ second field goal, this one from 18-yards, with 2:29 left in the third quarter.

Several nice runs by Montgomery, 26 carries for 115 yards on the day, and a high-efficiency quick passing game helped Iowa State get deep inside West Virginia territory mid-way through the fourth quarter, but the Cyclones were forced to settle for a field goal, which Owens hit from 24-yards.

After a West Virginia punt, Iowa State drove the ball near midfield before eventually being stopped on fourth down. The Cyclones’ final possession included a play in which Kempt underthrew a wide-open Trever Ryen, who had the ball go through his hands.

Grier and the West Virginia offense were forced into a 3rd and 17 on the next possession, but a 17-yard run by Kennedy McCoy allowed the Mountaineers to get the first down and seal the game.

Iowa State will host Oklahoma State next Saturday at Jack Trice Stadium. A kickoff time is yet to be determined.

“Great opportunity for us to bounce back from a loss,” Kempt said. “Now that we’ve dealt with some success, we have to deal with what it’s like to lose. That’s something we shouldn’t get used to. That’s a big stepping point in this program. Just being able to find consistent success and not accept failure. This is unacceptable and we’ve got to bounce back from it.”