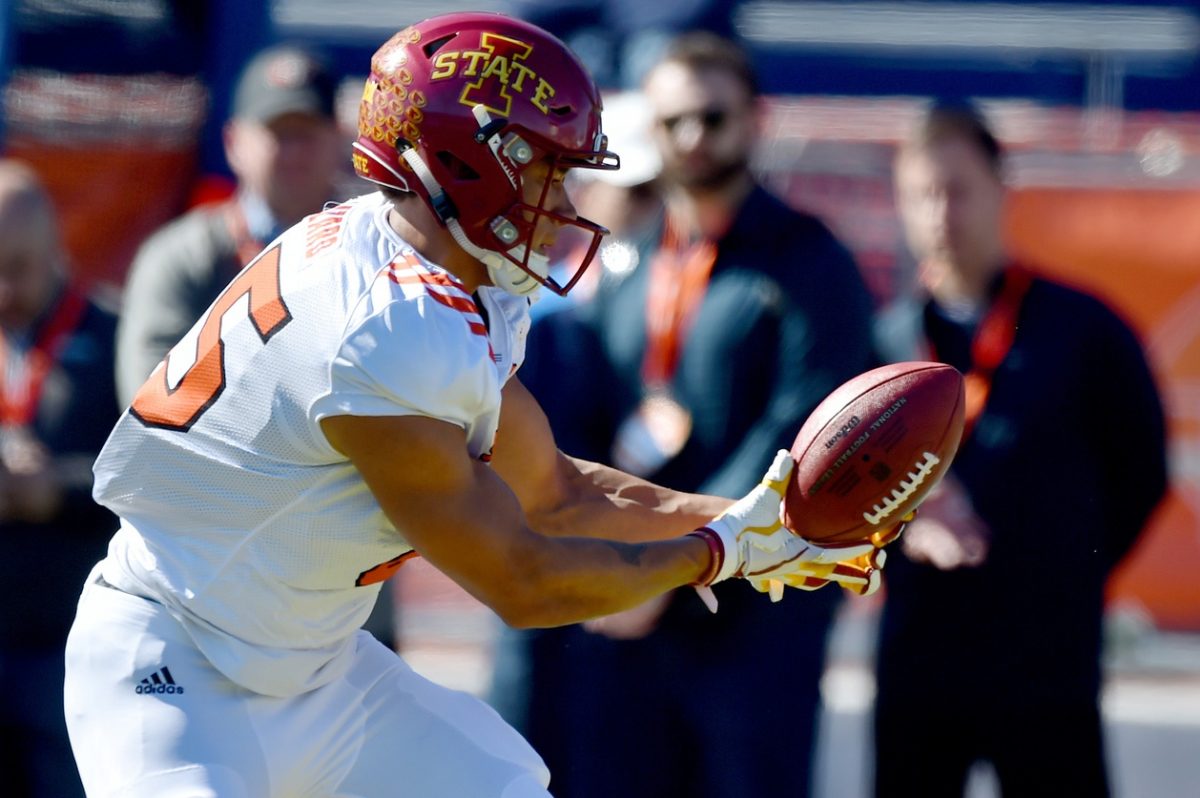 Kiper, in a pre-Combine conference call, pegged Lazard as “an early to mid-day three guy,” but Wednesday hinted he could sneak into day two, based on his Senior Bowl, Combine and Pro Day performances.

Lazard’s post-NCAA career efforts helped Kiper form a comparision to at least one star receiver currently in the league, too.

“He’s the kind of kid, if he’d get into that third, fourth round as kind of an Alshon Jeffery-type player once he’s in the league,” Kiper said. “I think (Lazard) would be a guy that’s certainly helped himself over the last two three months, his stock has risen.”

As for quarterback-turned-linebacker Joel Lanning, Kiper reiterated praise voiced a couple months ago centered on his versatility and toughness.

“I love the way he plays,” Kiper said. “He’s the kind of guy, we talked about of players — guys you want on your team in a back-up role. A special teams guy. A reserve with a good attitude, the right approach. I think he’s draftable, which you would have never thought (he’d be) actually in the draftable category, but it wouldn’t shock me if he was a sixth or seventh-round pick.”

Wouldn’t shock us, either. So stay tuned.

Linebacker Jeremiah George was the last ISU player selected in the draft. The New York Jets selected him in the fifth round on 2014.

It’s been 33 years since a Cyclone receiver was drafted. The New York Giants took former star Tracy Henderson in the fifth round in 1985.

This year’s NFL Draft will take place from April 26-28. Both ESPN and the NFL Network will provided coverage of all seven rounds.