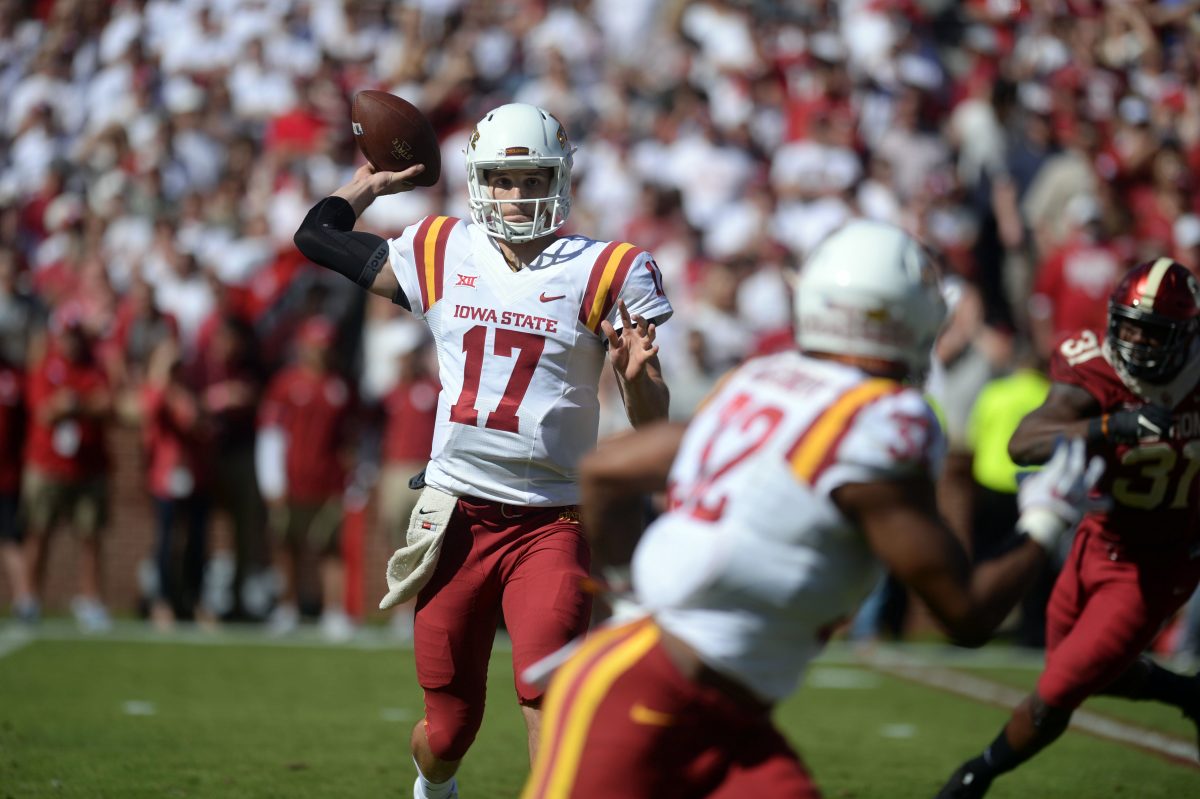 There are some moments, even in sports, that words cannot do justice. How do you put into words what happened in Norman, Okla. on Oct. 7, 2017?

“I know I’ve said it after some tough losses so it’s great to say it after a great win is that we’ve got great kids,” Iowa State head coach Matt Campbell told the Cyclone Radio Network after the game. “So invested into getting better and I think today showed it. We’ve just stayed the course and we kept getting better I thought as the game went. Really was our detail that allowed us to win the football game and that’s fun for these kids to be able to experience that.”

The Cyclones fell behind 14-0 in the first quarter. Campbell’s team, playing without its starting quarterback and a starting linebacker, trailed 24-13 at halftime.

Garrett Owens‘ third field goal of the day pulled them within single-digits with 9:45 left in the third. Marchie Murdock‘s 28-yard touchdown reception from backup quarterback Kyle Kempt, who finished 18-of-24 for 343 yards and three touchdowns in his first career start, and the ensuing two-point conversion capped a 94-yard drive created by an OU fumble inside the 10-yardline and tied the game late in the same quarter.

Trever Ryen took a swing pass 57 yards to the house, and into Cyclone lore, to give Iowa State its first lead early in the fourth. After OU quarterback Baker Mayfield led a 75 yard touchdown drive to tie the game again, Kempt’s third touchdown pass, this one to Allen Lazard, gave Iowa State the lead for good.

“Nobody knows this, but Kyle is a walk-on. Kyle is paying his own way to come to Iowa State,” Campbell said about the senior signal-caller. “His own journey has really allowed him to learn and grow. Just a special young man. He’s a kid we recruited at the University of Toledo ended up going to Oregon State through the recruiting process. It was great that we were able to link back up. Why you went with a guy like Kyle Kempt is what you saw today. He’s consistent. He’s the same guy. He plays with great poise.”

None of that includes the heroics of the ultimate football guy — Joel Lanning. Iowa State’s Superman completed two passes for 25 yards. He ran for 35 yards on nine carries. And, oh yeah, he recorded eight tackles, a fumble recovery and a sack as the leader of John Heacock‘s defense.

“There’s been a lot of things going on. It’s been pretty crazy,” Lanning said. “The way I play is because of my teammates. I’m giving everything I can for those guys, whether it is on the offense or defense. They asked me to do a small part on the offense today and that’s what I did. I can’t thank those guys enough for accepting me back. It was fun. Defensively, we didn’t start out great. Kind of went down pretty quick and we just kept battling and never gave up. Coach was saying they think the game’s over, but it’s not unless we think it is too. We just kept battling and, like I said, we just kept believing for four quarters.”

The Cyclones ended an 18-game, 27-year losing streak to the Sooners. They compiled 449 yards of total offense, 368 of them through the air, without their starting quarterback and coming off their worst performance of the season.

Iowa State had zero turnovers to Oklahoma’s one. Iowa State sacked Mayfield twice and surrendered only one to a defense full of elite athletes.

Who knows where Iowa State’s season goes from here. A bowl game suddenly looks like a much more real possibility, especially with a home game against Kansas coming next week. 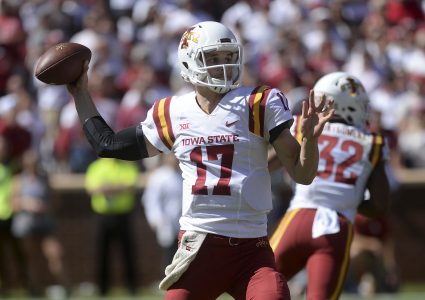 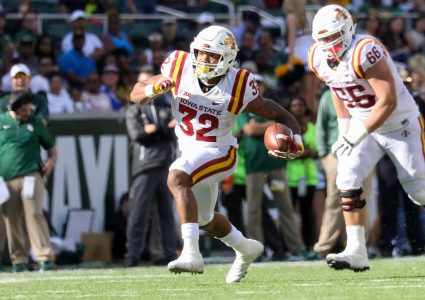 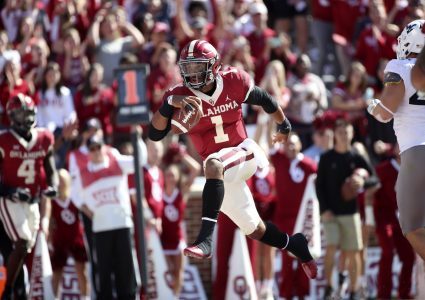