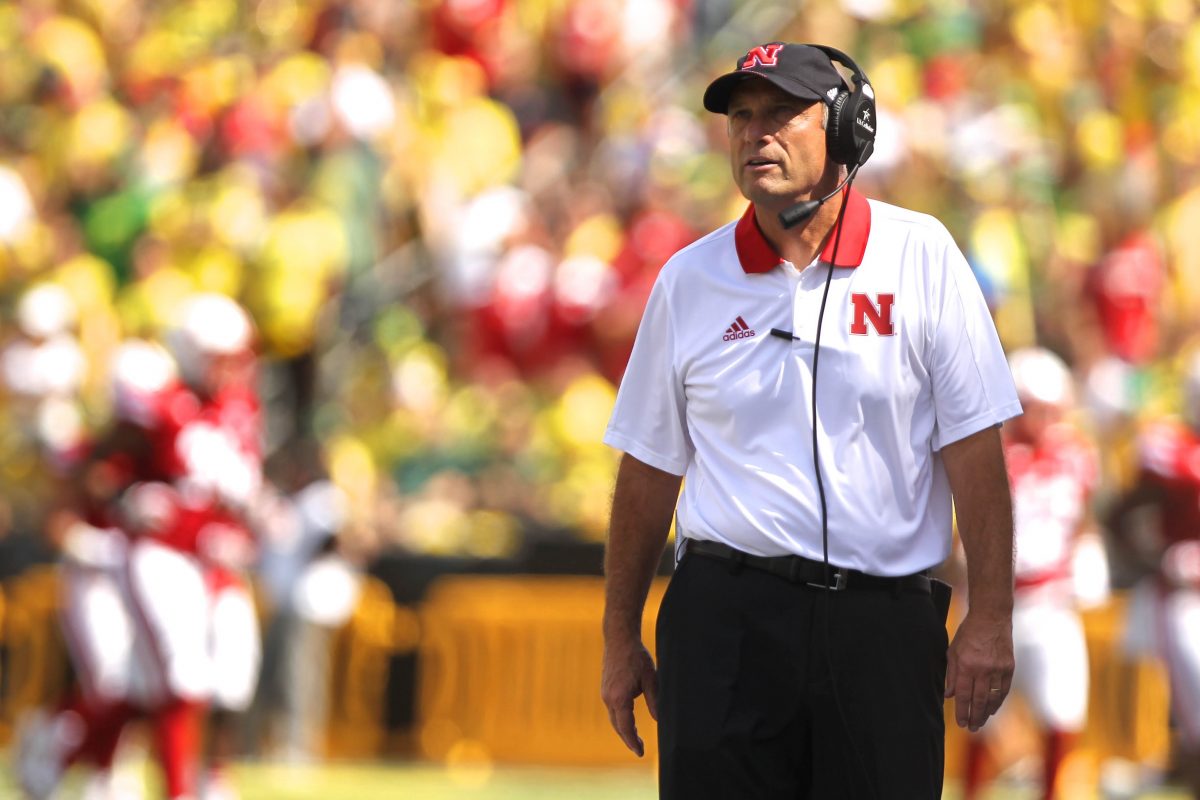 Sep 9, 2017; Eugene, OR, USA; Nebraska Cornhuskers head coach Mike Riley looks up at the scoreboard in the first half against the Oregon Ducks at Autzen Stadium. Mandatory Credit: Jaime Valdez-USA TODAY Sports

While Mike Riley was waiting to lead his Nebraska Cornhuskers into a key primetime game against Wisconsin, the former Oregon State head coach got a chance to watch one of his former players in action.

Iowa State senior quarterback Kyle Kempt started his college career with Riley in Corvallis before transferring to Hutchinson Community College then landing in Ames. It was not overly surprising to Riley to see the Massillon, Ohio native have success in the Cyclones’ 38-31 road win over Oklahoma.

“I got to see a little of that game, and appeared to have that same kind of composure even though he hadn’t played too much,” Riley said on Tuesday’s Big 10 teleconference. “He had that composure that you get from preparation and he just went in and played. It was really neat to see.”

Kempt, who threw for 343 yards and three touchdowns in his first collegiate start, was named the Davey O’Brien Quarterback of the Week after the performance. The former three-star recruit never got a chance to see the field for the Beavers, but still left an impression on Riley.

“What a wonderful young man and a great family,” Riley said. “It was an Oregon based family that moved to Ohio. We knew him I think through, probably is brother was playing at Oregon, so we got in the recruiting race with him. Got him to Oregon State. He was there at a great time, but a hard time quarterbacking. We had Sean Mannion, I think, was there pretty young and Cody Vas, two guys that played a lot. I think Kyle left for opportunity, but really a great young man. Really a football guy. I think that guy that you always liked in the quarterback room because he was engaged in football and very smart.”