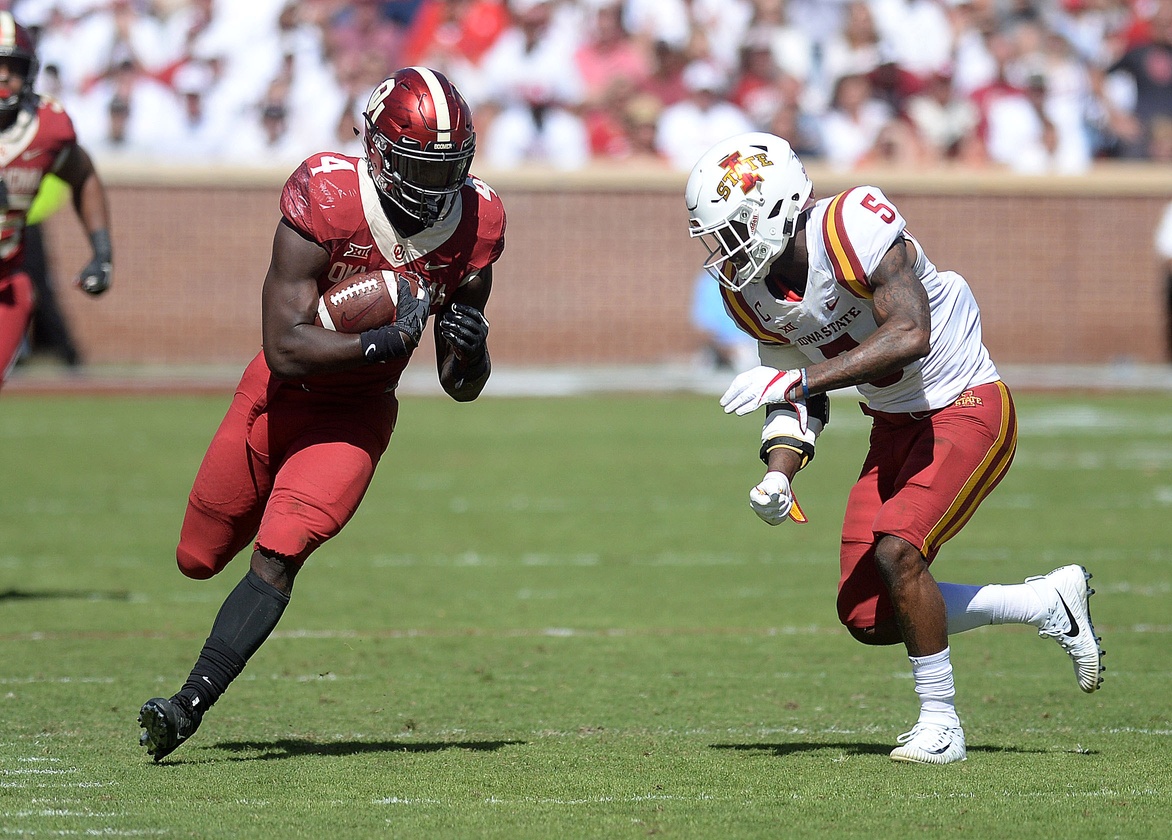 For one, the Cyclones yielded just seven second-half points, while the offense rolled up 25 to turn strains of “Boomer Sooner” into prolonged post-game silence.

Still, Sooners’ star quarterback Baker Mayfield had a chance to lead a game-tying drive in the two-minute drill. Here we go again? Nope. ISU’s defense calmly and defiantly refused to let that happen.

“I just sensed the whole time in the game, I don’t know, I just sensed our guys — and I think personally, I think we just felt like we were always in the game,” defensive coordinator Jon Heacock said. “Anything that was bad happening were some mistakes that we were making on our side of the ball. We out a couple guys loose in coverage, but never really felt like, ‘Shoot, we’re out of this. We can’t do this.’ I think that was the mood of the players. I think our guys just kept believing that they can do it and really have tried to do that all year.”

All the close losses in recent years. None of them mattered. In fact, they likely helped lead to Saturday’s monumental moment.

“I think that’s where you see the growth of our team in general, is our offense matching our defense and our special teams aiding both of them — and knowing what it’s going to take to win the game,” ISU coach Matt Campbell said. “We’re not good enough here to just go win a game on offense, or go win a game on defense. We have to be a team and team wins are what’s going to allow us to bet successful going forward and unfortunately we probably had to learn some of those the hard way in some of those earlier games where we didn’t win those games.”

These guys weren’t fazed despite the past setbacks. If anything, they were emboldened, holding the nation’s No. 1 offense 100 yards below its per-game average and two touchdowns under its previous per-game scoring average.

“It was really big,” said senior safety Kamari Cotton-Moya, who had seven tackles and a pass break-up in the triumph. “I’ve been waiting, we’ve been waiting a long time for something like that to finally push us toward getting this program really started. Like I said after the game, ‘We’re just getting started.’ So we’ll bounce back and be ready to get this going in the right direction.”

That means resisting the urge to revel in the Cyclones’ first win over OU since 1990 — and they’ve done that.

Kansas (1-4, 0-2) stands in the way of amplified progress for ISU (3-2, 1-1) and it would be unwise to rock, chalk up a victory as a matter of course. History, as we’ve seen, is a living, breathing (and sometimes surprising) aspect of life.

“It’s been fun but it’s time to move on now,” said linebacker and quarterback Joel Lanning, who became a national name via his stellar two-way performance in Norman. “A new week. That was just one game. We’ve got a lot of season left.”

How well it goes from here will hinge on what made Saturday and previous wins over Northern Iowa and Akron possible.

The offense is fueling (and refueling) the defense and vice versa. That’s the distinct and pronounced synergy the Cyclones have struck. Maintaining and extending it is what Cotton-Moya means by, ”just getting started.”

“I think what you saw last Saturday is a team feeding off each other,” Lanning said. “Defense made some stops and then the offense was putting drives together and moving the ball on them. That’s what you need as a team, to do those things and be successful. We’ve got to continue to do that as a team to get better and that’s the way we want to do things around here, is feed off each other. That’s a true team right there.”

One that stood tall and together as Mayfield strode onto the field, supremely confident he would lead his team to a tying score — and more.

“You’re playing against Baker Mayfield, one of the best players in college football,” Cotton-Moya said. “He’s amazing on his feet. Amazing on his arm. We were watching film and he sat back and threw the ball 78 yards one time. We were like, ‘There’s nothing you can really much do about that.’ So you’ve just got to be cautious with him. He’s a great player. You just have to take it play by play and really make sure to read your keys and do the things you’re supposed to do right.”

Exciting times. Determined players. Not guys who seek, or revel in, one-off journeys into the national spotlight.

“Our guys on offense were incredible,” Heacock said. “They kept the ball and they kept us off the field. Our offense was the best defense we had Saturday, because we weren’t out there playing a whole bunch. And I’ve always believed that. Your best friend on defense is the offense that doesn’t turn it over and takes time off the clock. They certainly helped us and gave  a chance to make a couple plays down the stretch.”

Allen Lazard not only made the game-winning catch in Saturday’s shocker in Norman. His dad, Kevin, was in attendance — and he, of course, played on the 1990 team that stunned the Sooners 33-31 on the road.

“Very emotional, especially after the game,” Lazard said of the father-son distinction. “He hugged me, crying. He said he’s so proud, which is something I’ll cherish forever and something very special and endearing to me.”

Lanning made sure to mention longtime voice of the Cyclones John Walters during a Tuesday morning ESPN SportsCenter appearance.

“He kind of deserved it,” Lanning said of the shout-out to Walters, a neighbor of his in Ankeny who covered him in high school while working in local television. “But it’s cool to be on SportsCenter. Kind of surreal, you grow up watching it and seeing people on there and to see yourself on there is pretty cool.” 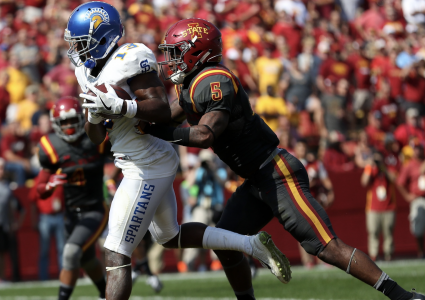