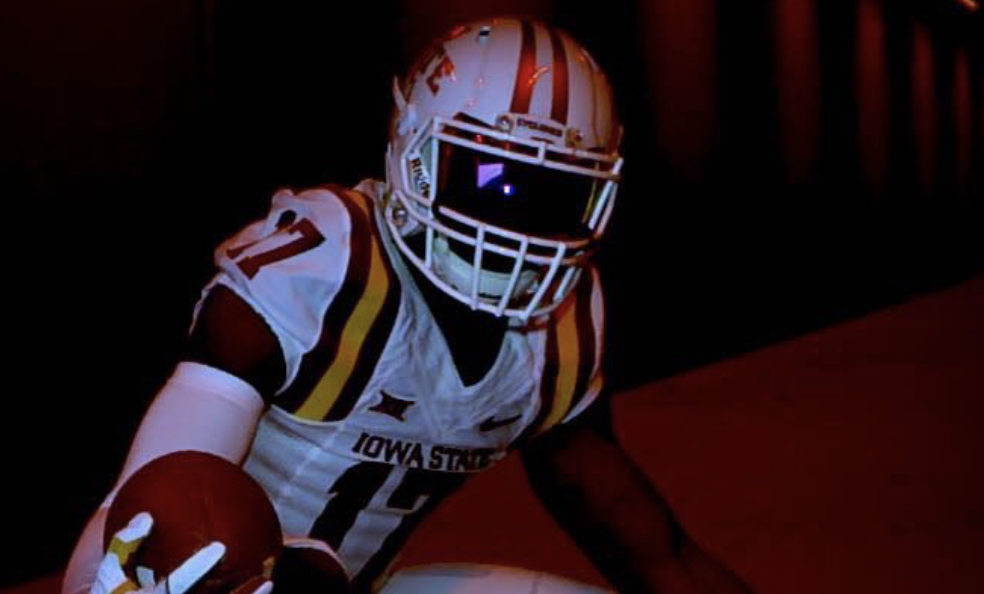 Last season, Iowa State wore a different uniform combination for each of the Cyclones’ 12 games. Matt Campbell made a point to revamp the team’s on-field image and the introduction of white helmets and an anthracite jersey/pant combination did just that.

When Iowa State visits Akron this weekend, the Cyclones will wear a different uniform combination for the 15th consecutive game. Cyclone Equipment unveiled a revamped white helmet Thursday morning to go along with all white joints for the Cyclones’ first road trip of the season.

That redesigned helmet is pretty damn slick. Some might say it looks the exact same as last season’s, but the I-State logo is a stencil rather than the traditional filled one. They’ve also switched up the stripes from gold to cardinal. In the words of American philosopher Gucci Mane, it is “icy.”

I know the topic of uniforms is something some people get tired of, but introducing new things to the image repertoire is crucial in today’s college football landscape.