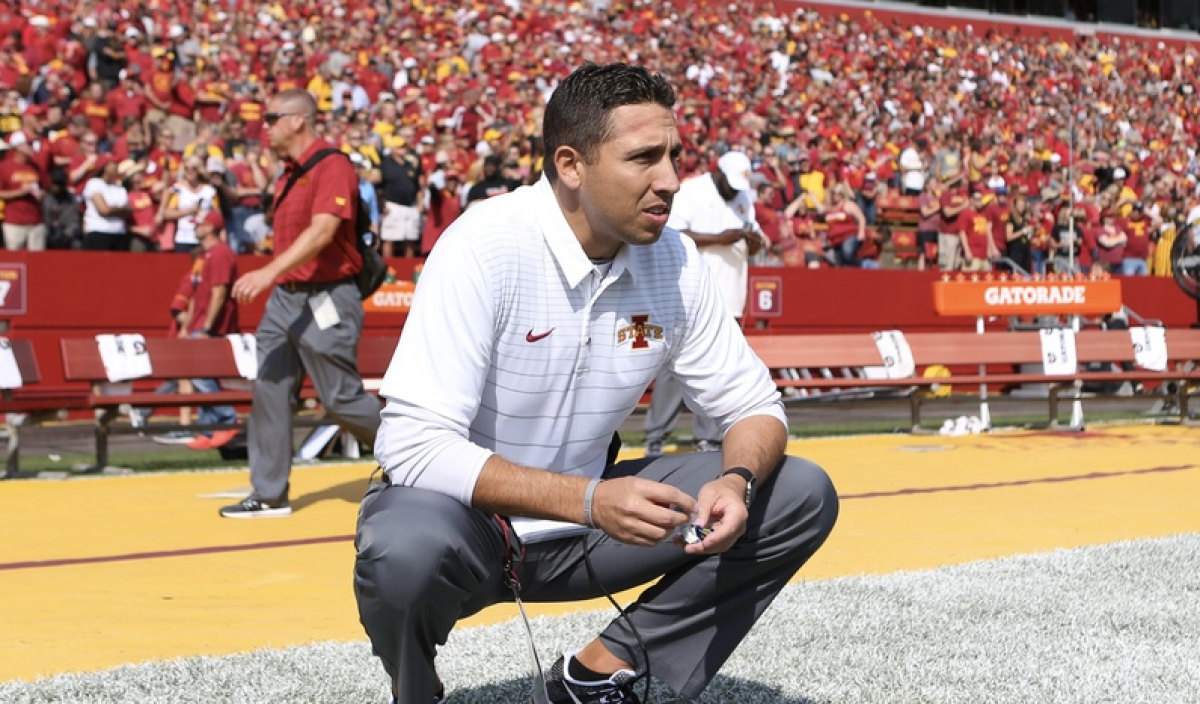 It was Sept. 30, 2011 and I specifically remember sitting at my desk having the following conversation with a host on 1460 KXnO.

“I haven’t been around for too long but since I have covered this program, this feels like one of the larger games in the history of Iowa State football as what it could mean for the future of Paul Rhoads’ program.”

The Cyclones were 3-0 and the Steele Jantz hype machine was in full force. Mack Brown’s Texas Longhorns were ranked 17th coming to town with hopes of getting some revenge against the program that shocked them 28-21 the year before.

Keep in mind that this was in 2011 – only two years after Texas played for a national championship (lost to Alabama).

The mighty Longhorns didn’t lose to measly Iowa State. Literally, the 2010 stunner was the first time in history that the Cyclones had beaten Texas (the Longhorns went on to finish 5-7 that season, which became the beginning of the end of Brown’s legendary career in Austin).

Texas was an 8-point favorite in that game and led 34-0 at halftime. That day also marked the beginning of a four-game Cyclone losing streak.

What sticks in my mind about that game specifically though is the feelings I had before and after it.

Before: “This one is a ‘next step’ type of game for this program. How huge would a 4-0 start be for this team?”

After: “Wow. They aren’t even close.”

From 2010-2012, these types of games were ultimately what did Paul Rhoads in. He didn’t win enough of them – or any of them at that.

— Also in 2012, the Cyclones ran for only 65 yards and Jared Barnett completed only 44 percent of his passes as Iowa State allowed No. 6 Kansas State to escape with a 27-21 win.

To be fair, Rhoads won his share of big games at Iowa State. However looking back at things now, it seemed like if there was ever any hype for a BIG home game that could lead to the “next step” for the program, those Cyclone teams usually not only fell short, but WAY short.

Thursday night’s game vs. Texas feels like one of these games for Matt Campbell.

(For the record, I’ve got Campbell at 0-1 in these types of contests. You can’t really have them in year one. The Iowa game three weeks ago totally felt this way and obviously, the Cyclones came up short.)

It isn’t that Texas is some juggernaut. They are 1-2. But it’s a Thursday night audience on ESPN. Looking at Iowa State’s schedule before the season, you felt like the Cyclones needed to start (at least) 3-1 to reach the postseason in year two of Campbell’s campaign.

Anybody else amped up for Thursday?