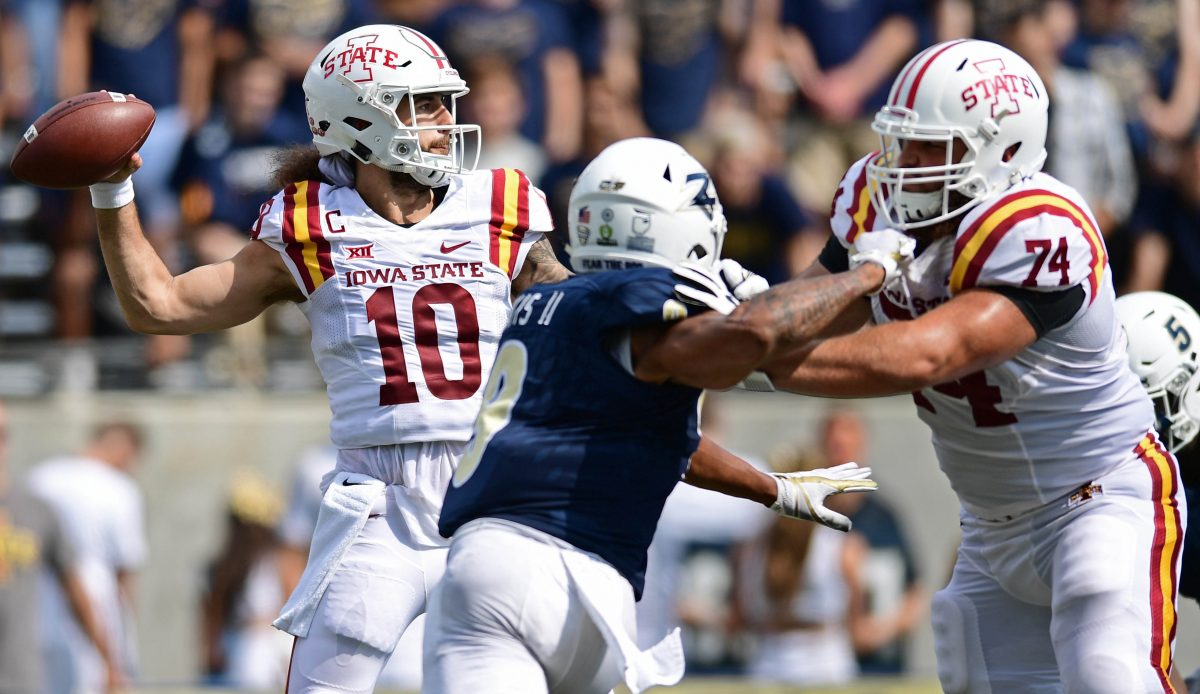 Where does Iowa State need to get better?

“We’ll take this almost three extra practices that I think we’ll really have (and), the early part of the week, really start to focus on us,” said Campbell, whose 2-1 team has crafted its best start to the season since 2012. “What are some areas after these first three weeks that we just must get better at? There are certainly plenty of them.”

Campbell highlighted third-down situations as particularly troublesome as his team prepares for its Sept. 28 Big 12 home opener against Texas.

ISU ranks 112th nationally — and last in the Big 12 — in third down defense, allowing conversions 47.7 percent of the time through three games.

“We’ve just got to be better and we can be better,” Campbell said.

That will come, the Cyclones’ second-year head coach said, by building more depth in the front seven and being more consistent in the banged-up defensive backfield.

“Continuing to develop those guys — who needs to play?” Campbell said of the D-line in particular. “And the guys who are playing, how can they be better?”

Campbell also stressed the “C” word when it comes to the often explosive offense (41.3 points per game, 24th nationally), which he noted could and should be even more productive through the first three weeks of play.

“I think we’ve still got to settle in offensively; just consistency with our offensive line play up front,” Campbell said. “I think that group’s done some good things, but continuing to develop and grow in that area (is important). I think our skill players, just consistency of making plays. We’ve left a lot of things out there at times the last couple weeks and we’ve got to be better in those areas.”

That’s saying something — given how impressive quarterback Jacob Park, receivers such as Allen Lazard and Hakeem Butler, and tailback David Montgomery have been so far in 2017.

Montgomery leads all Big 12 rushers with 321 yards on the ground through three games and is tied for 17th in the country with four rushing touchdowns.

He also leads the nation in broken tackles with 36 — nine more than anyone else, according to Pro Football Focus.

Iowa State RB David Montgomery has forced the most missed tackles this season, with 36.

9 more than the next closest RB. pic.twitter.com/o9Laat6Dr2

“He’s the catalyst for what we are offensively,” Campbell said. “There’s no doubt about it. Somebody asked me the same question last week and I said, ‘Man, if you would have (seen) what he looked like after or second week game, what he looked like in Tuesday’s practice, you would have said, Man, this guy’s really special, because he practices that way every day.’ What he looks like Tuesday, Wednesday, Thursday is what you get on Saturday, so I think our kids have really taken to that. I think he’s been a catalyst for this program from even last year and through our winter and spring.

“That has really drawn not only the most out of himself but out of his teammates, offensively and defensively. David’s one of those guys in college football that’s got elite work ethic coming in and that’s a credit to himself, his family and his high school football coach, but he’s a special young man for us, for sure.”

Even Montgomery can be better, though.

That’s the team-wide approach to these critical 12 days before Texas (1-2) comes to town for a nationally-televised matchup under the lights at Jack Trice Stadium.

“We’ll put some time and effort into that as well as earlier in the week, getting a little bit of a jump on our next opponent, for sure,” Campbell said.