AMES — Northern Iowa head coach Mark Farley is no stranger to leading his Panthers into Jack Trice Stadium. Farley, who is entering his 17th season as the head coach in Cedar Falls, has faced the Cyclones 10 times in his career, including three victories.

This year will be different though as Farley will be brining along a staff that features seven new assistant coaches. Some might think that could make the veteran coach nervous, but that’s not the case.

“I don’t get any anxiety over it,” Farley said during his weekly press conference on Monday. “First time I went down there in 2001, I got my tail kicked pretty good if I remember it right. I don’t get anxiety about it. I’m just more into making sure they’re prepared, the coaches as well. They have to understand what UNI football is. We’re not any average place. You have to understand what our standards are and what we expect even though you can’t always meet that expectation. It’s still a demand and they have to be prepared that well because of what we expect throughout that game. The expectation going down there is always the same. I don’t care if I’m taking down all new bodies or experienced bodies, the answers always the same. It’s the first football game that we will find out a lot about ourselves as the game transpires.”

Iowa State rolled over the Panthers 45-0 in that 2001 game that Farley mentioned. The 45 points is by far the widest margin of victory between the two teams and the series has gotten even closer in the past 10 years, including the UNI wins in 2007, 2013 and 2016.

Despite UNI’s 25-20 win over the Cyclones last season, Farley knows this year’s contest could pose an even bigger challenge as Matt Campbell’s program starts to get its feet under it.

“We played well last year, but they are a much better football team than they were last year, from what I’ve seen,” Farley said. “They grew as a football team throughout the football season. You go back and watch with their new staff and some of the things you could start to see change as the season progressed. I thought the players became more confident and probably had a better understanding of what they were doing. They’ll be much more prepared, I’m sure, and much more experienced than they were last year, which changes the flow of the game and the dynamics of the game. For us, it’s a football game that’s always important to us, as they all are. But it’s one being our opener some guys that haven’t played we’ve got some inexperience this year. That’s our challenge. How do we put our players in the best spot to win and in a way that we can play to our strengths? I don’t want to get into what has happened over the years. It’s more important what’s going to happen down there this year.”

Farley’s squad returns most of its major contributors in the secondary, but he knows they’ll have a serious challenge when it comes to defending Iowa State’s talented wide receiver group.

“Everyone says their skill on offense is exceptional and it is probably top of the Big 12 or close to it in offensive skill,” Farley said. “It’s because of the size of the receivers and the experience they have. They’re proven is probably why people talk about them a lot because I’ve watched them go up for balls against every team in the Big 12 and win those battles on one on one balls. What they did to us last year, I believe they got three long balls against us contested and they got all of them. They continued to do that all year long against everybody they played. They’re tall. They’re strong and they’re experienced. So they’ve got great confidence. That will be the challenge throughout the day. They’re just better in the run game maybe than they were previously just because that probably is coordinated more than it was in the first game last year. They’re more set in their ways probably now on what they’re going to do. Last year when we played them, their strength was their receivers. This year, they’re probably more balanced. So there’s no question there’s a challenge there. As good a receiver core as what you’ll face.”

The Panthers have won two of the last three against the Cyclones, which should give them confidence entering Jack Trice Stadium for Saturday’s 7 p.m. kick on Cyclones.tv. It is a challenge Farley is ready for.

“That’s a great place to play, man,” Farley said. “What they’ve done with Jack Trice is awesome. It’s a great setting. It’s a great field. Man, I hope it’s warm too so it should be fun.” 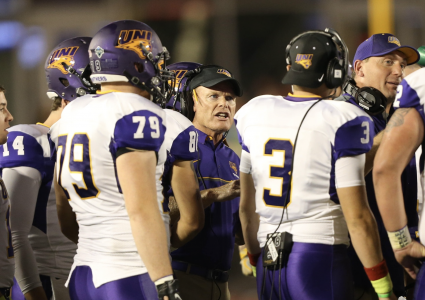 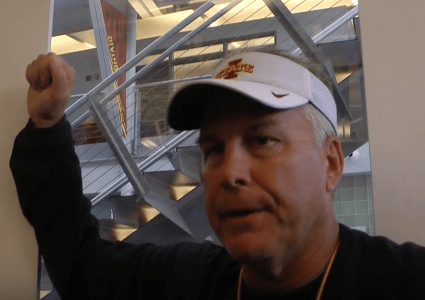