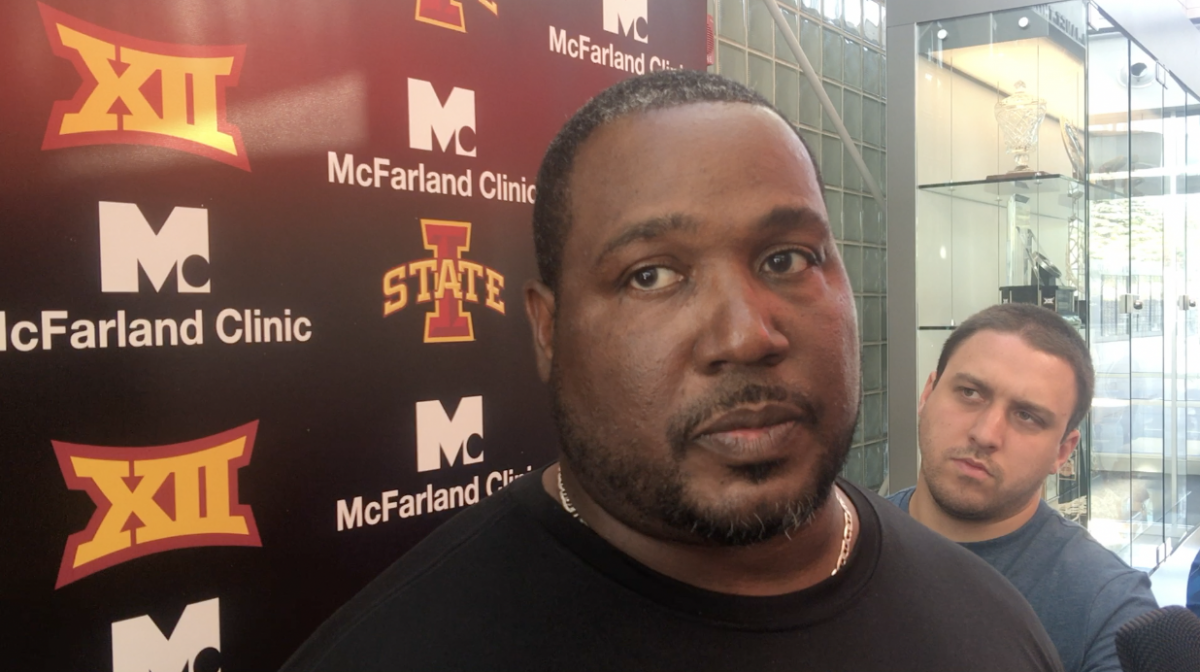 AMES — Eli Rasheed was rightfully proud of his son, Osha.

Osha, 21, worked two jobs and saved up money for a dream purchase: a motorcycle.

He acquired the bike on July 27. He died in an accident while riding it that same night.

It’s what he does.

“We had one of our building blocks — pyramid building blocks abut faith and belief,” Rasheed said. “I kind of shared my story and what I’m going through as far as the challenge in my faith and trying to stay strong for my family and those things like that. At the same time, I know, we know, death is going to happen. We’re on borrowed time. But the world continues on, so you’ve got to get up and go to work the next day. So I talked to them about that and it was a good talk.”

Rasheed’s been a fixture at practice despite his loss. The team has rallied around him and his family to help cope with the waves of grief.

“He was, I guess you can say, a strong personality; a free spirit,” Rasheed said of Osha. “The one thing I appreciate about the last three months with him is that I know that he was putting God in his world and he was doing things right. Working two jobs and I’m proud of him. I know, that being said, that he’s made himself into heaven. So, it’s good.”

Rasheed said the support for his family has been vital and humbling. He said everyone deals with tragedy and his family’s experienced far too much in recent years.

“My wife, she’s probably the strongest woman I know,” Rasheed said. “Last January her mom passed. The summer before that, her dad passed. So we’ve been dealing with three losses in three years — and the one thing we mentioned when we were in Toledo (at the funeral) is that we wanted to come back and try to keep things as normal as possible. Although, it’s good days and bad days, you still have to get up and go to work. I expressed to my players the same thing. There’s a lot of guys in that room that deals with a loss and you have to get back up — get back on your horse and continue on. That’s the big thing. So we talked about it and knew we had to continue on, knowing that we had some peace and he’s in a much better place than down here where we are. No question.”

The Cyclones’ most experienced D-lineman, Vernell Trent, said when Rasheed speaks, everyone listens. Especially now. They’re here for him and vice versa. Forever and always.

“We all come from different backgrounds, but at the same time we all can relate,” said Trent, a fifth-year senior who started four games last season. “We’ve all got our struggles.”

Rasheed’s is exceedingly difficult now, but the support that’s surrounded him and his family elicits deep gratitude.

“From coach (Matt) Campbell and the rest of the staff, our players, have been awesome,” Rasheed said. “I had a talk with them this morning — really thanking them and I appreciate them. It really means a lot to my family. We’ve just got a great team. A great group of guys, a great group of coaches, and it means a lot to me. And then from all the Cyclones out there, I appreciate it too. My family appreciates it.”

*** Football-wise, Rasheed said promising JUCO transfer DT Kamilo Tongamoa is still expected to be on campus soon. How much could he contribute this season, though?

“We look long-term for that,” Rasheed said. “You’ve got to have some depth at some point and if we can get him to help us at some point during season it’s a win for us. We’re going to need depth to survive this conference, so even if we get him week four, ready to go, that’s going to help us down the road in November.”

*** Rasheed said he couldn’t ask for two better seniors on the D-line than J.D. Waggoner and Trent. Why?

“Vernell has bought into our coaching staff and the way we do things and those two guys are the best two guys to start a trend in leadership,” Rasheed said. “They’ll take them to water parks. There’s cookouts. There’s things all done by those guys to build that closeness of the group and I think next year’s seniors will do the same thing.” Trent really enjoyed the summer position group-bonding trip to Lost Island Waterpark in Waterloo. “You ain’t got to ask twice,” Trent said when asked about the best off-the-field get-together in the offseason. “When we went to Lost Island before camp — all the D-linemen went to Lost Island. We had fun. It was a blast, man.”

*** Rasheed raved about JUCO tackle Ray Lima, who’s been with the program since the spring.

“He really learned the defense, so he’s able to pick up, move around and be a really good football player for us,” Rasheed said. “And not just that. The best thing about Ray Lima is his leadership off the field. He’’s a quiet soul, but he does a lot of work off the scene. He’s really — and we knew when we were recruiting him, he would change the culture of our room. Probably one of the closest groups that we have on our team is our defensive line.” 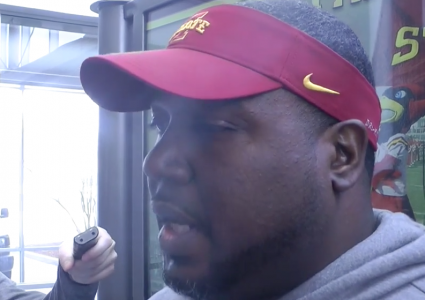 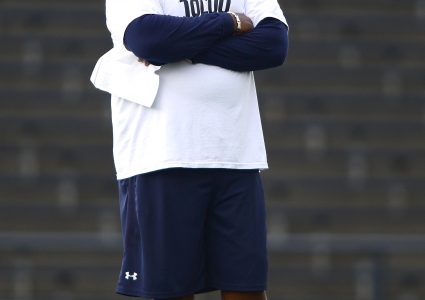