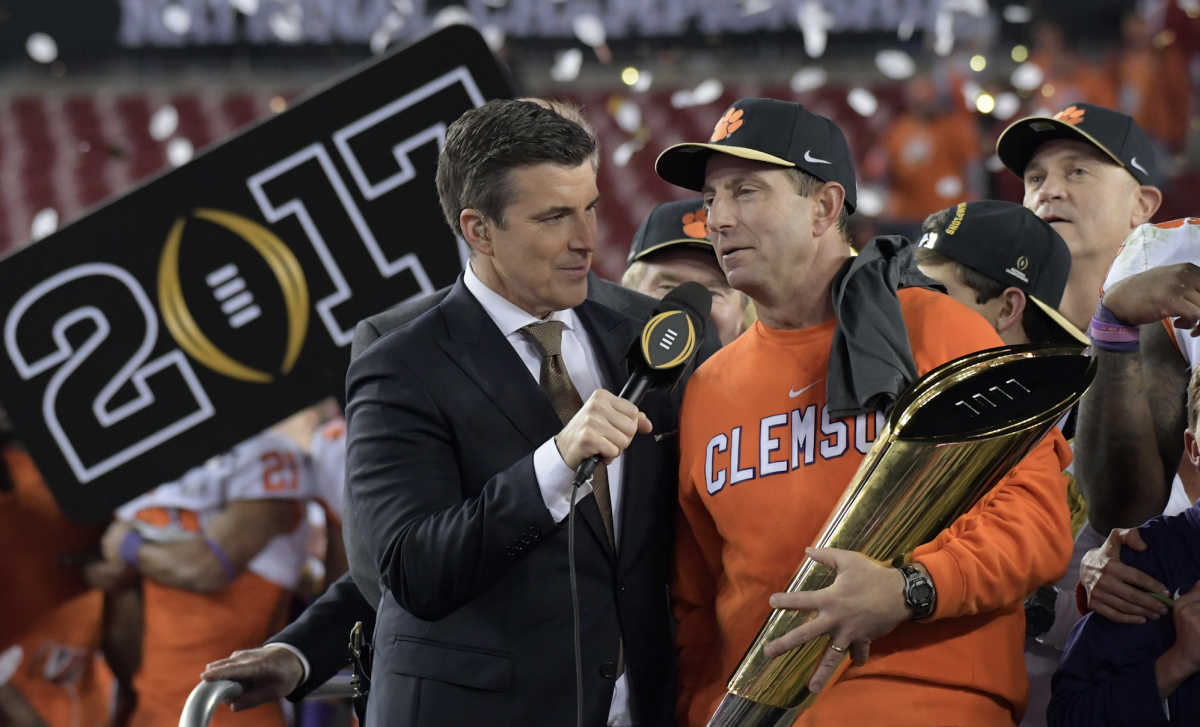 Unlike fans of many programs around the country, the annual release of the Associated Press’ preseason college football top 25 isn’t something Iowa State fans get too excited about. Why would we if our program isn’t even close to sniffing the “receiving votes” category? (At least for now…)

While we weren’t able to look forward to the Cyclones showing up among the highest-regarded teams in the nation according to the media, that doesn’t stop us from observing the teams that DID make it. Iowa State has some sort of history or perspective on almost every team that made this season’s rankings. I thought it’d be fun to run through each team and give 1-2 sentences on what I felt the “average Cyclone fan” probably thinks/remembers about each team.

There’s a lot of stuff I could have included but didn’t, and also plenty that I might have forgotten. If you have a quip that you think works better then I’d be happy to hear it, so be sure to share it with me on the forums or on Twitter!

Without further to do…

1 – Alabama – The team Iowa State made missed a game-winning field goal against in the 2001 Independence Bowl. Also the team that should be thanking us for its 2011 National Title.

2 – Ohio State – The team Iowa manages to go roughly a decade without playing despite being in the same conference.

5 – Clemson – A team ISU’s never played in football, so congrats on the National Championship last year, I guess?

8 – Washington – The team that probably got good recently due to having a bunch of leftover bag money from their basketball program.

9 – Wisconsin – The team that employed Bret Bielema at one point, which is eternally unforgivable.

15 – Georgia – The team that didn’t realize Jacob Park is the second coming of Tom Brady.

16 – Louisville – The team that features Lamar Jackson, AKA “Lesser Seneca.”

18 – Miami – A team Iowa State has never played in football. However, we beat Miami of Ohio in 2004, which is basically the same thing.

19 – South Florida – The team that makes you start wondering how many colleges are actually in the state of Florida.

20 – Kansas State – Farmageddon bros. Would be way cooler if they let the Cyclones win every once in awhile and didn’t need a vampire coach to win games.

21 – Virginia Tech – Another team Iowa State’s never played before. But at least their wrestling program was nice enough to groom Kevin Dresser for us.

23 – Texas – The team that finally realized it’d probably be smart to hire the man largely responsible for Iowa State’s first-ever win against Texas in 2010.

25 – Tennessee – The team that always seems to be playing on CBS.

TCU – The team we’ll agree to lose to in football as long as they don’t beat us in basketball.

Notre Dame – The team that tried their best to steal Allen Lazard.

Boise State – The team ISU got stuck playing on their own (ugly blue turf) field in the 2002 Humanitarian Bowl.

NC State – The team that can’t be all that bad if North Carolina doesn’t like them.

Northwestern – The team that beats Iowa way more often than they should.

Pittsburgh – One of the few teams that Iowa State owns a 1.000 winning percentage against!

Oregon – The team that causes temporary blindness when you change the channel to one of their games.

Houston – The University that thought a couple years of good football meant they had a right to join the Big 12.

Colorado – The team Iowa State played during an actual cyclone.

UCLA – The team that’s lucky enough to play in the Rose Bowl for their home games.

San Diego State – The team that has better weather on their campus than Iowa State.

BYU – The team that always seems to smoke Texas.

Appalachian State – The team that upset Michigan that one time.

Nebraska – The team that we still hate, but especially Cyclone fans in western Iowa who have to hear Husker talk radio every day.

Tulsa – The team that ruined a perfectly good trip to Memphis in 2012.

Kentucky – The team that surprisingly hasn’t scrapped their football program to invest more in basketball.

Texas A&M – The team that threw a fit and bailed for the SEC when they couldn’t get along with Texas.

Michigan State – The team that kept Iowa from making the CFB Playoff in 2015-16.

You can tell Kevin just how right or wrong he is on Twitter: @KFitzy87. 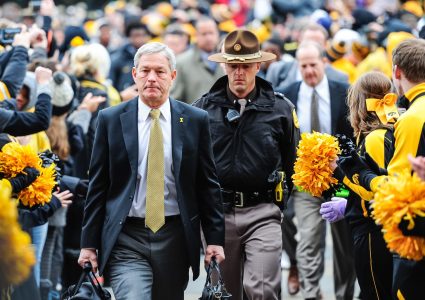 FITZY: Things I admire about the Iowa Hawkeyes