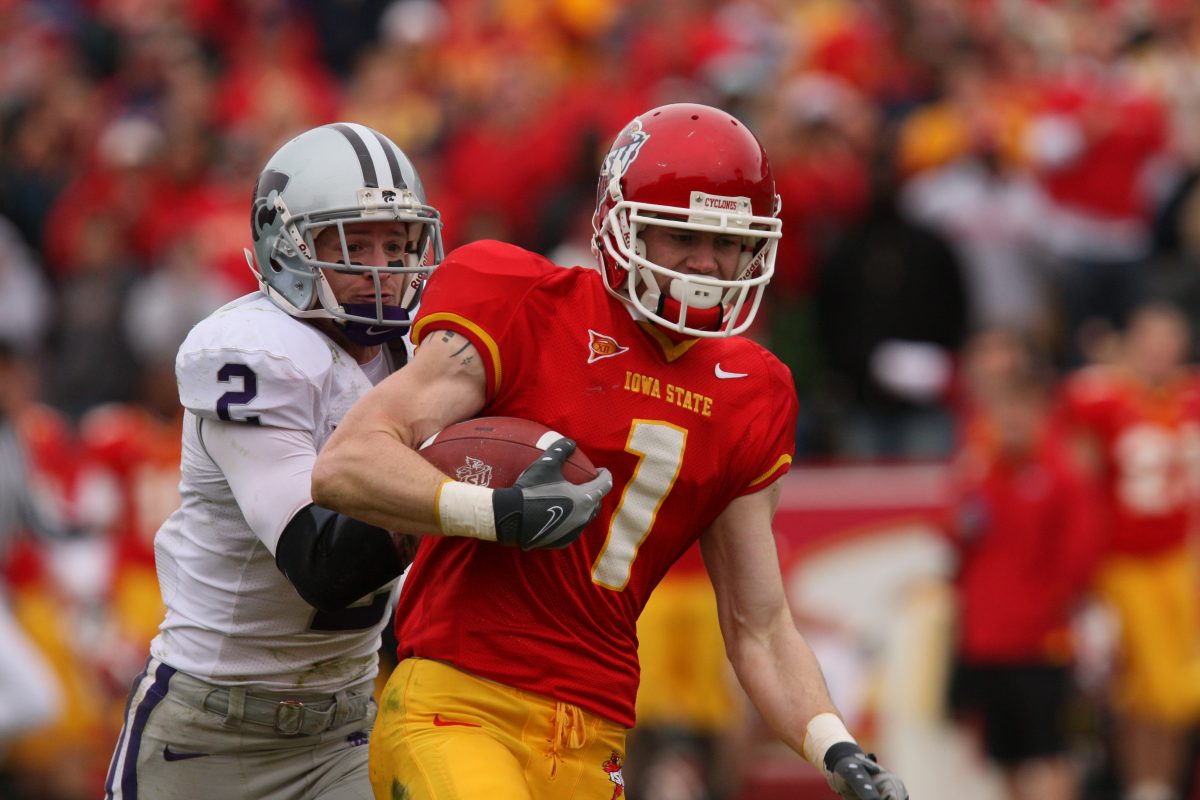 Allen Lazard has the potential to break a handful of Iowa State’s career receiving records during his senior season, but if he hopes to surpass Todd Blythe‘s career receiving touchdowns record he will have to nearly double the current single-season mark.

An Iowa State receiver has recorded nine receiving scores only three times during the program’s history. The mark was twice reached by Blythe (2004, 2005) then Quenton Bundrage tied the record during his 2013 campaign.

Lazard’s career-high of seven receiving touchdowns came last year in one of the best statistical seasons by a pass catcher in school history. The Urbandale native will have to catch 15 touchdown passes as a senior in order to break Blythe’s career record of 31.