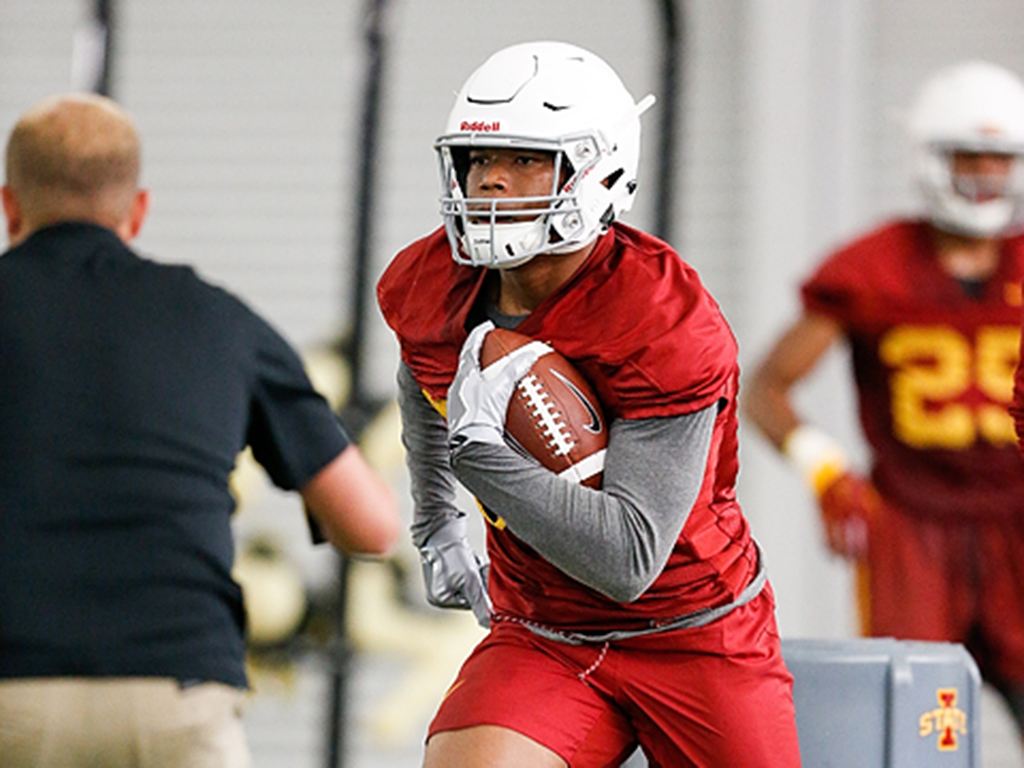 One of the biggest storylines to come out of Iowa State’s last two football seasons has been the emergence of a freshman running back. First, it was Mike Warren putting together one of, if not the, best seasons by a first-year back in school history in 2015.

In 2016, it was true freshman David Montgomery who solidified himself as a force to be reckoned with during his career. Now, Montgomery is back for his sophomore season with expectations high enough to earn him a spot on the Doak Walker Award watch list earlier this summer.

Montgomery ran for 563 yards, the second-best total by a freshman back in school history behind only Warren’s 2015 campaign, on 109 carries with two touchdowns during his first season in Ames. He did most of his damage during the Cyclones’ last three games in which he rushed for 113.7 yards per game and 6.1 yards per carry.

His official coming out party came in the team’s win over Kansas when he rushed for 169 yards, 105 of them in the second half, on 24 carries earning him Big 12 Newcomer of the Week honors. He was named a Honorable Mention Freshman All-American by Campus Insiders after the season.

Montgomery enters the 2017 season as “the man” in the Iowa State backfield, but his one-two punch with Warren could be one of the best backfield tandems in the Big 12.