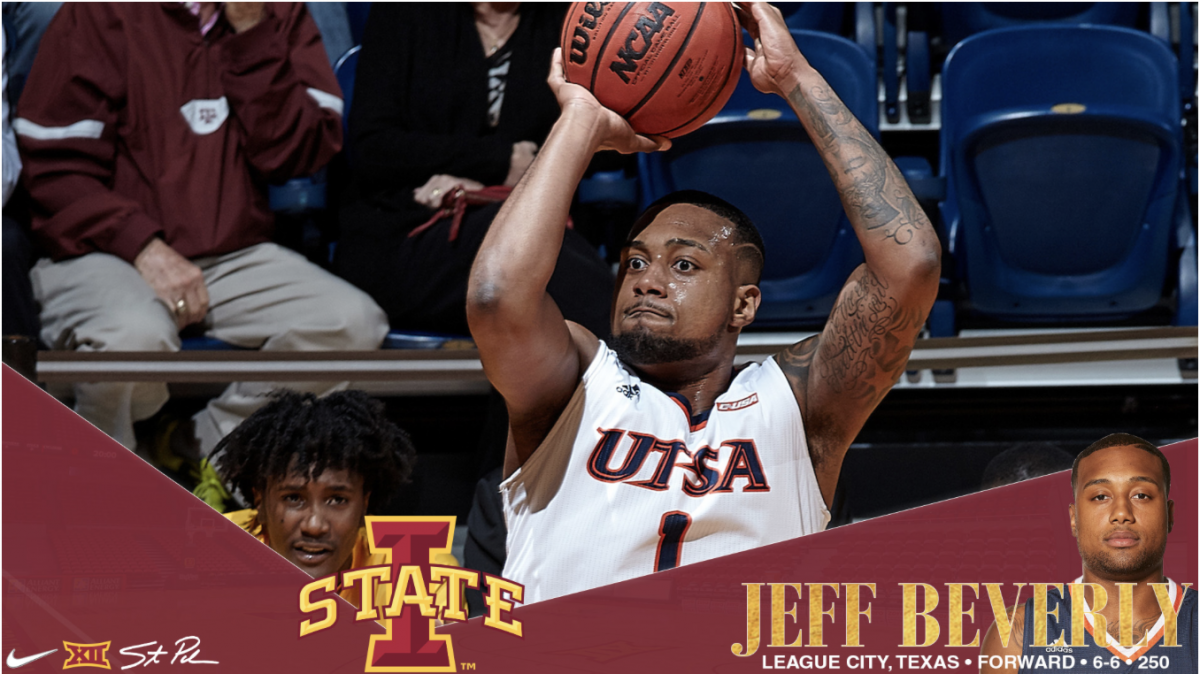 AMES, Iowa – The Iowa State men’s basketball team has added UTSA graduate transfer Jeff Beverly to its roster, head coach Steve Prohm nnounced today. Beverly, who will have one year to play with the Cyclones, will be immediately eligible upon graduating from UTSA.

“Jeff adds depth to our program on the inside, which we need with the loss of multiple contributors on the interior,” Prohm said. “He is a guy that fits our system offensively and he provides experience. Jeff has a good feel for how we play and for our system and he is excited to be a Cyclone. I’m really looking forward to getting him here in June.”

In 2016-17, Beverly started all 33 games, scoring in double figures 28 times. He scored a career high 29 points against Florida Atlantic, which came following a 27-point outburst at Louisiana Tech. Beverly, who also pulled down 5.9 rebounds, shot 75.3 percent from the free-throw line.

Beverly’s career started on the hardwood at Texas A&M-Corpus Christi in 2013-14, where he started all 34 games and was third on the team with 8.2 points. He scored 14 points, connecting on 3-of-5 three-pointers, in a loss to Iowa State in his second career game.

Following his stint at TAMU-CC, Beverly played at McLennan Community College where he averaged 8.6 points before transferring to UTSA to play football.

With the addition of Beverly, Iowa State has two scholarships available for 2017-18.