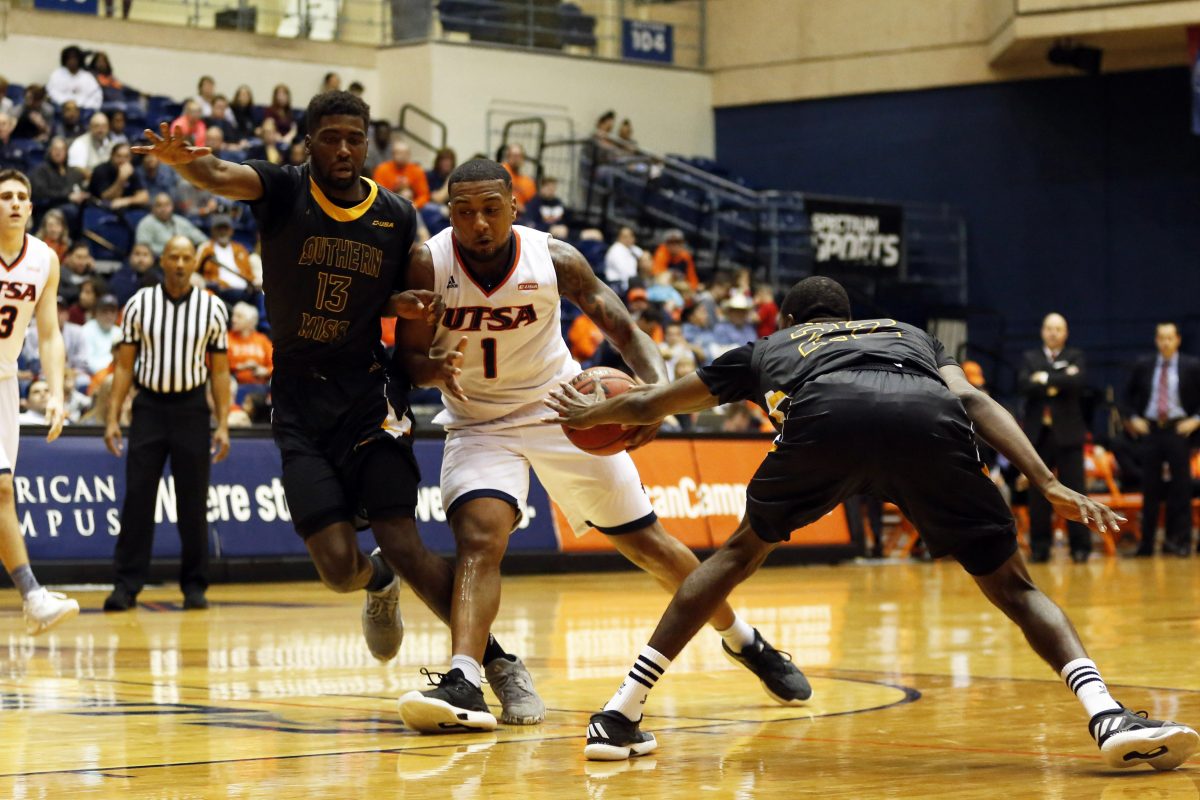 UTSA’s leading scorer from last season has scheduled an official visit to Iowa State for May 3-4. Jeff Beverly, a 6-foot-6, 250-pound forward told CycloneFanatic.com on Wednesday night that as of now, Iowa State is the only visit that he has set.

“I have a lot of mid-major schools who are recruiting me but I am really locked in on Iowa State,” Beverly said.

Beverly, who averaged 15.8 points and 5.9 rebounds per game as a junior last season, said that he has spoken to schools like New Mexico, Georgetown and St. Johns.

“There are a lot of good schools but I am trying to be a Cyclone I want to play there,” Beverly said. “I like they way they play. They let their players play. They use their talents, like Deonte Burton. He did his thing. They use mismatches. I think I can do that.”

Beverly is an interesting prospect in the sense that he left Texas A&M-Corpus Christi in hopes of walking on as a football player at UTSA.

Obviously, he ended up on the hardwood. Beverly, who was not on scholarship last season for the Roadrunners, will graduate with a degree in sociology on May 14. That means that he will be eligible to play immediately next season.

According to the San Antonio Express News, UTSA offered to put Beverly on scholarship next season but he chose to move on.

“It went well,” Beverly said. “He asked me to turn in my transcripts and make arrangements and things like that.”

Iowa State still has three scholarships to part with this spring.

The Cyclones were dealt a major recruiting blow on Wednesday afternoon when the top-ranked JUCO player in the country, Shakur Juiston, signed with UNLV.